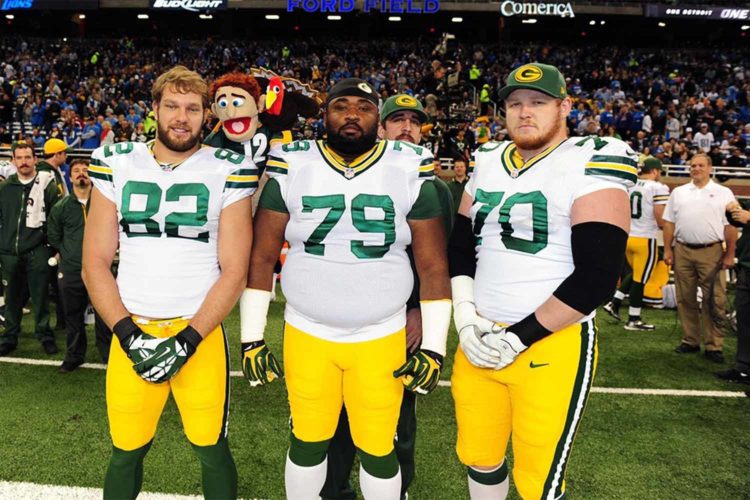 Matt LaFleur is only two games into his first season as head coach of the Green Bay Packers and he’s already fucking with tradition.

The team has elected three permanent captains for 2019, LaFleur said on Monday: linebacker Za’Darius Smith, kicker Mason Crosby, and quarterback Aaron Rodgers. Three rotating captains will also be chosen each week. But the big takeaway? Rodgers will no longer be able to photobomb the captains’ photo.

For years, Rodgers has made a habit of slyly appearing in each week’s picture. Before this season, the Packers were one of a handful of teams who would appoint captains weekly. If the quarterback was not one of that week’s chosen few, Rodgers would make himself a part of it.

Take a look at a sampling of his early work:

Aaron Rodgers is a master of the photobomb (Photos via http://t.co/P4fTBWofbk) pic.twitter.com/cjg52BCeEB

My personal fave is from 2013, when an injured Rodgers brought a puppet of himself to a Thanksgiving game in Detroit. (See picture at top.) And at the height of his photobombing success, Rodgers brought his skills to the 2016 Oscars. Here he is dropping in on rapper/actor Common:

But, to be fairrr, the Rodgers photobomb seems to have been in decline in recent years. A blog that catalogued the action going back to 2006 hasn’t posted since 2016. And Rodgers’ efforts from the last two seasons just looked uninspired.

Maybe the master had finally run out of ideas, or maybe it was a manifestation of his frustration with Mike McCarthy’s stale system — game-by-game captains was his thing. But the old coach is gone, and LaFleur is trying to inject a bit of life into the Packers’ culture. And his decision to elect permanent captains may mean that Rodgers has bombed his last photo.

In the past, backup QBs like Matt Flynn, Brett Hundley and DeShone Kizer would pick up the task when Rodgers was busy. So with the two-time MVP serving as captain every week, will a new chief picture-spoiler emerge? Perhaps we’re about to enter the era of the Tim Boyle-bomb.

But the Packers actually haven’t had staged captain photos the first two weeks of this season, so maybe the answer is… Aaron Rodgers is irreplaceable.