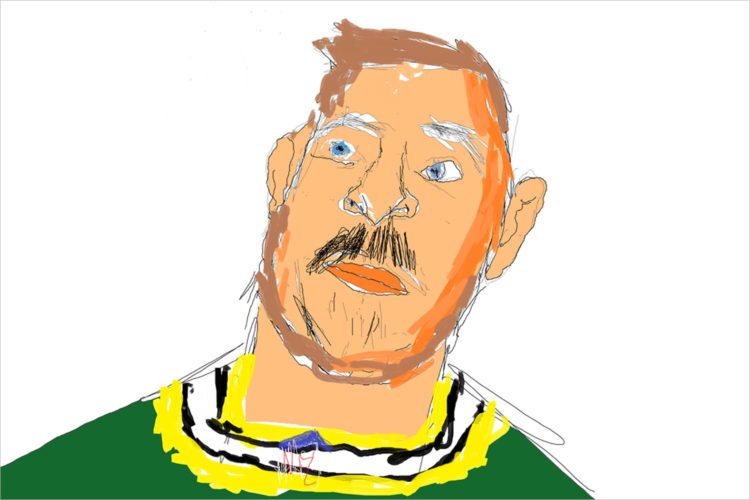 In the days before the Green Bay Packers’ divisional playoff win against the Seattle Seahawks, the team’s subreddit was on fire. And football was only a small part of the story.

Instead, the vast majority of r/greenbaypackers was focused on a piece of fan art depicting Aaron Rodgers that had, in online parlance, “broken the internet.” Please behold above the picture that the sub is lovingly calling “Aron Roger.”

First posted by u/CarsonTheMemer, the drawing is the best or worst depiction of the two-time MVP quarterback, depending on your appreciation of the finer things in life. (Like prestige TV dramas or critically acclaimed indie rock.) But u/jablock3 summed it up best in the comments: “Did you really just post a photograph of him and expect us not to notice?”

So far, Aron Roger has racked up more than 3,500 upvotes and spawned some grade-A content. Of the top 15 posts on r/greenbaypackers, eight are Aron Roger-related. Some fans took giant printouts of the drawing to Sunday’s game, and it even found its way to this billboard in the Green Bay area.

Personally, I think the real Aaron Rodgers’ eventual Hall of Fame plaque should feature this uncanny likeness. Until that day comes, enjoy the memes:

Can wait for the updated player intros from GreenBayPackers

Pretty much sums up this past week from GreenBayPackers

Seattle fan chiming in from GreenBayPackers

Who could resist? from GreenBayPackers