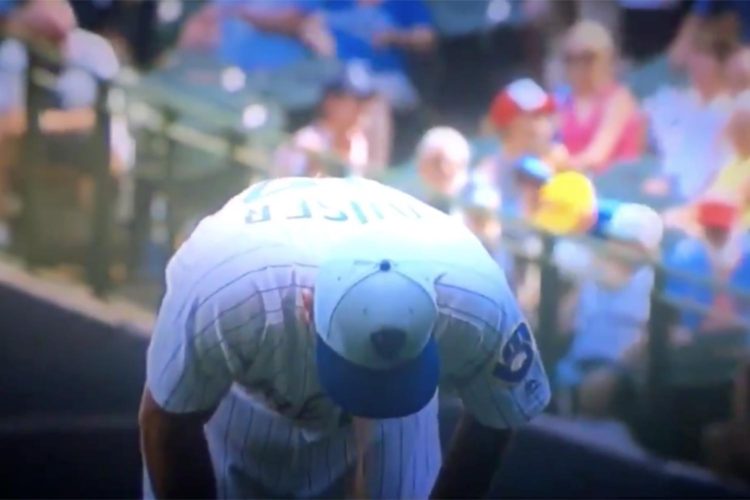 Fans at Sunday’s Brewers game at Miller Park didn’t just get to see a 10-9 loss to a Phillies squad that was trying very hard, on multiple occasions, to give the game away. Thanks to Crew pitcher Adrian Houser, they got to see a whole lot more than that.

Hours after getting recalled from Triple-A Colorado Springs, the 25-year-old reliever was inserted into the game in the eighth inning. He promptly walked out to the mound and vomited before even throwing a pitch.

Okay, that’s bad. But what’s worse is that two batters into the inning, Houser yammied again. Each time he would throw up, the game would stop briefly so the grounds crew could water the grass where he puked. Presumably so he doesn’t see it and spew again, restarting the whole vicious cycle.

Or, it could be that it’s just gross, and who would want to look at what some rookie had for breakfast?

Either way, Houser continued on. He gave up one run (the first in his seven cumulative MLB innings so far) and was pulled at the end of the eighth. I can only imagine that he had to go into the clubhouse for a glass of Sprite and some soda crackers.

Brewers manager Craig Counsell told the media after the game that a few things led to Houser’s public puking. “He wasn’t under the weather at all, but it was an early wake-up call, not enough food, heat, probably a little nerves from getting to the big leagues today.”

Counsell laughed and added: “There wasn’t very much coming out. It wasn’t a food thing.”