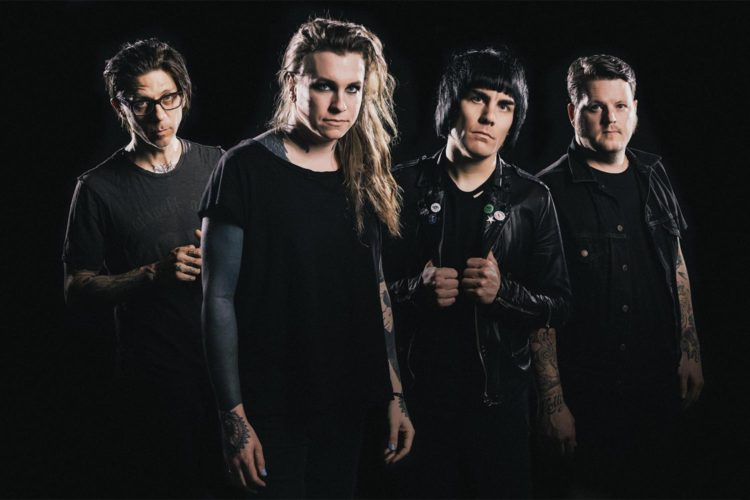 Summer has returned to our fair city, and with it comes another year of free live music courtesy of the Majestic Theatre’s Live on King Street series. This year, to celebrate the 10th anniversary of the Majestic’s current ownership, LOKS is expanding to seven nights, all culminating in a master of a season finale: punk royalty Against Me! on Sept. 29, the venue announced this morning.

To call Against Me! one of the most important bands of their generation may sound hyperbolic, but it would not be a stretch. Formed in 1997 in Naples, Florida, the anarcho-punk quartet has traversed the planet many times over, releasing seven acclaimed albums, including 2007’s New Wave, which was named Album of the Year by SPIN magazine.

But the band hit a turning point in its storied career in 2012 when singer and guitarist Laura Jane Grace (then Tom Gabel) announced to Rolling Stone that she was transgender. Her experience dealing with dysphoria inspired their 2014 LP, Transgender Dysphoria Blues, which garnered almost universal praise and is in the conversation for the greatest rock — not just punk — records of the past 25 years. Last year saw the band put out another new record, Shape Shift with Me, in addition to Grace’s must-read memoir, Tranny: Confessions of Punk Rock’s Most Infamous Anarchist Sellout, which was co-written with Noisey editor Dan Ozzi.

Joining the band at LOKS will be Bleached, an Angeleno pop-punk crew headed by sisters Jennifer and Jessica Clavin, and The Dirty Nil, a trio of bombastic Canadians who play so loud and hard they make Queens of the Stone Age sound like Raffi.

The rest of the year’s LOKS lineup includes a few repeat favorites (like Grateful Dead tribute Dark Star Orchestra, appearing for a third straight year) and some hotly anticipated first-timers such as Brother Ali, one of the most important artists in Minnesota’s vibrant underground hip-hop scene, and Strand of Oaks.

Here’s the Live on King Street lineup in its entirety, all Fridays as usual: