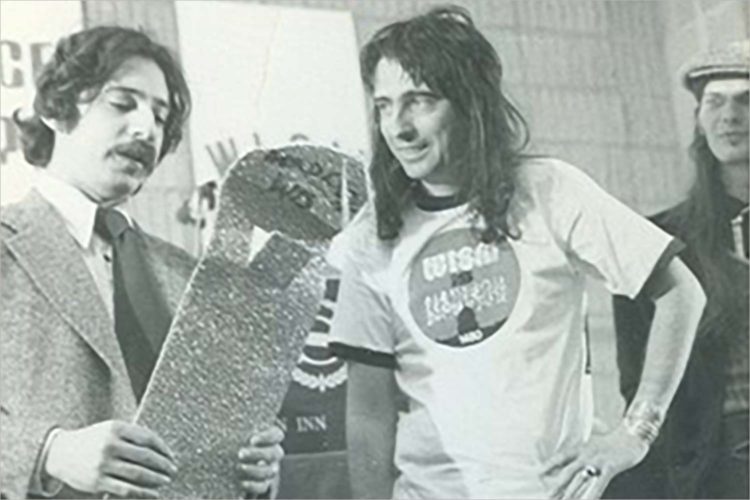 Today he’s a harmless, golf-loving old guy, but Alice Cooper was once the scourge of middle America.

The shock rock legend — born Vincent Furnier — made several appearances in Madison throughout the 1970s, around the time he was reaching peak popularity. (“School’s Out,” probably Cooper’s best known song, was released in 1972.) Cooper was christened “Alice in Dairyland” in 1979 by the actual Alice in Dairyland. This was at the opening of a record shop on Madison’s west side, where Cooper also competed in a cow milking contest with then-Mayor Paul Soglin. But his relationship with Soggy actually began a few years earlier.

Before a “School’s Out” tour stop at the Dane County Coliseum, on Dec. 11, 1973, Soglin awarded Cooper — who wore a WISM t-shirt — the “key to the city” in the form of a giant bottle opener (or “church key”). The 28-year-old “Red Mayor” also gave the rocker a much smaller, more traditional key, he said years later. Cooper himself fondly recalled the event in an Aug. 28, 2005 story by the Wisconsin State Journal, ahead of another Madison visit that week.

Throughout his tenure as mayor, Soglin also awarded keys to Bob Dylan, Charles Mingus and Arlo Guthrie. Those were presumably not giant bottle openers.

Something so lighthearted seems out of character for Soglin, whose final(?) term as mayor was highlighted by a war against Taco Bell. But at the time, he as much a countercultural icon as Cooper. Soglin’s political career began with his anti-war activism in the 1960s. When he first campaigned for alderman, a poster by his opponent painted him as a mustachioed hooligan, out to disrupt the city’s values.

A few years later, during the 1973 mayoral election, incumbent Madison Mayor Bill Dyke spoke about how “decent people” shouldn’t vote for Soglin, as if he was the one chopping off mannequin heads on stage. (“I don’t care if you’re decent or indecent,” Soglin countered. “I hope you’ll support me on election day.”)

“Bill violated the cardinal rule for all politicians, which is, ‘Never attack the voter,’” Soglin told Madison Magazine in 1985. “The next day lawn signs started popping up saying, ‘Another decent family for Soglin.’ And that was it.”

Incidentally, the 1973 appearance that saw Cooper receive his church key to Madison was positively reviewed by The Capital Times.

“Some say Alice Cooper is our foremost example of the absolute prostitution of a human being,” began writer Robert LaBrasca, before ultimately deciding “Cooper and his accomplices may not be great artists but great art…”

Together, Cooper and Soglin represented a scary time for what some politicians now like to call “real America.” A popular leftist politician and a rock star who went through stage blood like it was water, bringing their oddball agenda to the masses. Now it seems almost quaint.

Alice Cooper, now 71 but still rocking as hard as ever, will play The Sylvee on July 10. 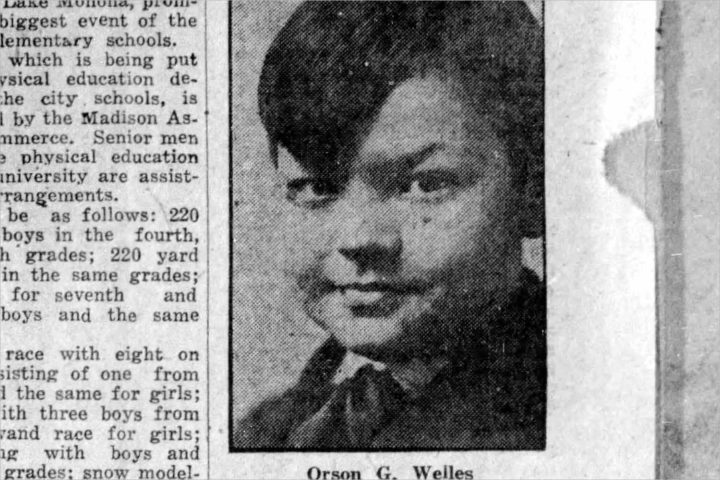