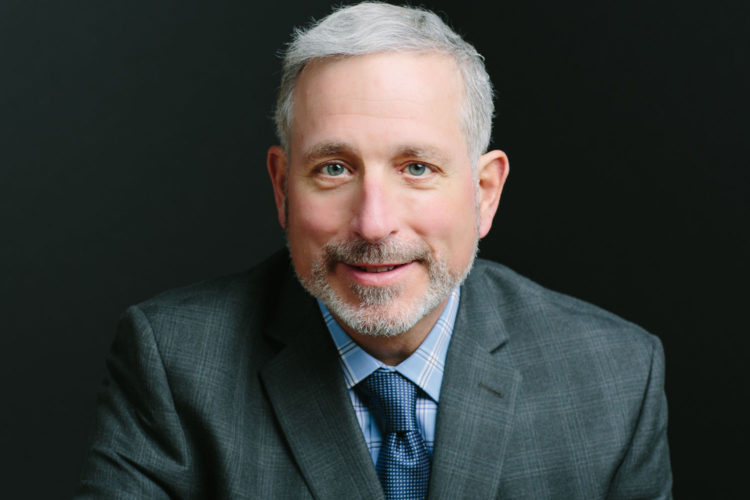 You don’t have to be a politician to run for office. It’s one of the few jobs on the planet where, many times, people view lack of experience as a plus.

Sometimes this works out fine. For example, Wisconsin businessman Herb Kohl was a popular U.S. senator for decades before retiring in 2013. But sometimes — seemingly more often than not — it doesn’t really pan out. See: Johnson, Ron, or Trump, Donald J., or (I’m just guessing here) Rock, Kid.

Andy Gronik, who announced on July 11 his intention to run for the 2018 Democratic gubernatorial nomination in Wisconsin, is also not a politician. He’s a wealthy Milwaukee-based entrepreneur (he got his start growing his father’s small auction company into a national asset appraisal business, and has been involved in several similar startups since the late 1980s) who, by his own admission, barely made it out of Nicolet High School.

“I was one of those kids who thought it was a really good idea not to take a book home in high school,” he quips, “which did not work out well when it came time for me to apply to college.”

In many ways, the 60-year-old Gronik sees himself as an example of what Wisconsin once was and could be again — self-reliant, progressive and innovative — but the road to the governor’s mansion is very much an uphill climb. Scott Walker’s approval rating still stands at 48%, and many rural Wisconsinites can be put off by the idea of a big city Democrat who says that he can save them. Nevertheless, Gronik is steadfast in his vision.

“For me, when I look at Wisconsin and I consider all of what’s happening all over our state, with families struggling, good jobs going away, taking our education system apart, and now our healthcare system is threatened, so much of (my) background — which is really problem solving and helping things grow to be successful — I believe those skills are going to come in very handy to try to get Wisconsin growing again and kind of restore the progressive values that we’ve always stood for.”

Gronik recently sat down with The Bozho to discuss his candidacy.

So you’re very much of the school that business can help people, correct? I ask because a lot of our readers may be skeptical of the idea of business in politics.

It’s always about giving people a voice, making sure that people are at the table, that they’re heard and that their ideas are considered. For 35 years I worked with businesses, and a lot of those sessions started in a conference room. And my first comment was that problems do not get solved in conference rooms. They get solved on the factory floor, by people who are confronted by those issues. And then I’d move those meetings to the factory floor or the receiving dock, and we followed the materials as they flowed through those companies. And we talked to the people who were confronted by those issues every day. We found the kinds of real answers that allow companies to build on their strengths and find their way to success.

You have kind of an unconventional plan for student debt relief. Could you break that down a little bit?

Young people right now are leaving our state, and old people are getting older. So if you plan for growth in 5-, 10-, 20-year cycles — which is what we should be doing, not looking in two-year cycles — if our young people are leaving and our old people are getting older, and our costs are going up and our revenues are going down, I don’t have to be a Ph.D. in economics to tell you that those are very, very bad trends.

I believe Wisconsin should be a state that reaches out to young people and embraces them. I’d tell them that if you come to Wisconsin, and you live here and work here for a minimum of six months, then instead of paying the state income tax, we’re going to apply that very same amount to paying down your student debt. I think it sends a very loud message that you’re wanted here. We want you, and you’re important. We love the way you work, and we’re going to create a Wisconsin that includes the kind of vibrancy that young people are going to bring to our state, all over our state.

That’s what I want to do as governor. I want to say to young people, “Come join me and be a part of this process, because it’s you that’s going to shape where we’re going in the future, not me.” I can get it started. We could set the foundation together, but I’m going to tag off to you, and you’re going to be the person that drives it. And that’s exciting to me.

So it’s taking Walker’s catchphrase — that whole “Open for Business” thing — and actually, you know, opening the state for business? We are ranked really low nationally for startup growth, which seems pretty indicative of the sheer amount of young people moving away.

Think about what the governor talks about, and he has some great buzz phrases that he uses all the time: Unemployment is low, and more people are employed in the state of Wisconsin since whatever the date is he gives us. Those are two metrics, essentially two gauges. The governor of Wisconsin is the pilot of our airplane, and if you’re only looking at two gauges in that cockpit, the plane is going down.

So what’s happening to Wisconsin right now? Last year, we created less than 12,000 private sector jobs. Last year, despite millions of dollars in incentives that were paid to businesses all over our state, we lost over 3,700 manufacturing jobs. And to your point, for three years in a row, we are last — we are last — in creating new businesses.

It’s not hard to come up with different solutions than Walker, but it is hard to beat him and his avalanche of Koch money. How do you intend to even compete with him in that regard?

When I think about the money that’s required, I’m not a professional fundraiser. I’m a person who gets things done. I believe that when I connect with people like you — people who throughout the state of Wisconsin see by their own life experience what’s happening as a result of Governor Walker’s leadership — I believe those people are going to invest in my campaign just as I plan to also get the campaign off the ground. I wouldn’t ask anyone to invest in something I’m not willing to invest in myself, but I believe that money belongs out of politics. I don’t think money should have a vote. I think people should have a vote.

How would you approach getting some of these more progressive policies implemented if the state legislature doesn’t flip enough seats from red to blue?

It’s always about working together. I mean, my entire career, when I came in to help with complicated problems, I never started by attaching myself to one side or the other. I started by listening. By listening and identifying the kinds of strengths that allow us to grow.

There are always challenges where people disagree. It’s about listening, finding common ground and a pathway forward. And that generally revolves around identifying good ideas, and I don’t care where good ideas come from. It doesn’t matter to me. Our goal is to advance Wisconsin around the best ideas. And so let those ideas compete for the best resources necessary. Identify those ideas, and then have a real plan to be able to execute it in real terms so that your life and everybody’s life here in the state is better.

That does seem like something that’s been lost along the way: politics really is about listening to other people and working with both sides and not just that “my team wins and your team loses.” How do you plan on getting people outside of Dane or Milwaukee counties to listen to you?

I think what happens in this state is that people are busy with their lives. More and more people around our state are trying to figure out how to make ends meet. To have the kind of conversation that you and I are having right now is a real luxury for a lot of families in our state. They’re trying to figure out, “How do I pay my rent? If I’ve got to buy gas, am I going to be able to buy groceries this week?” So a lot of the discourse that’s going on in what’s often described as the “Madison bubble” is understandably aggravating to people all over the state.

If you think about the one thing that everybody in our state has in common, it’s that they believe government’s not listening to them. I spent 18 months listening to people. Truly listening, informing real plans, asking for feedback, welcoming people who would say, “I like that idea and think it has some merit (or) that idea needs some work.” I’m okay with that, because it starts the kind of conversation we have to be having in our state. Your voice needs to be heard. Whether it be Dane County, Milwaukee County, or Hayward and Green Bay, everybody’s voice needs to be heard because the challenges we face all over our state are often very different. And so the kinds of comprehensive solutions that a governor should be working on take into account those different kinds of challenges and put into place the kinds of policies that do make life better.

I was born and raised and Beloit, and an issue that crosses my mind fairly often is the racial achievement gap in education. I know a lot of it has to do with funding public education, but that said, do you have anything in mind right now as to what could help close that gap?

It’s not so much about making the schools better, because there’s a lot of things we have to do make our public schools the best choice. The question that you ask about the achievement gap I believe begins with setting a foundation where we’re treating everybody equally, so that the expectations I have for you as a student and for the student who sits in that chair are exactly the same.

When you look to one student as being a high achiever and another as being a low achiever, those two people know exactly who they are in the room. But when you look at all students and say “I know each one of you can be a high achiever,” and the expectations are consistent in what high achievement means, and the kind of support and nurturing, and the tools and resources are there to make sure that everybody achieves, that’s how you see that achievement gap closed.

I would look to our public education system to treat everybody with that kind of equality and that kind of respect. That’s what our public education system does, and that’s what our teachers, every single day, are trying to accomplish. So let’s put those folks in the same classroom and let’s treat them like they have the same wonderful future ahead, because there are a lot of great opportunities in the state of Wisconsin.

This interview has been condensed and edited for grammar and clarity.