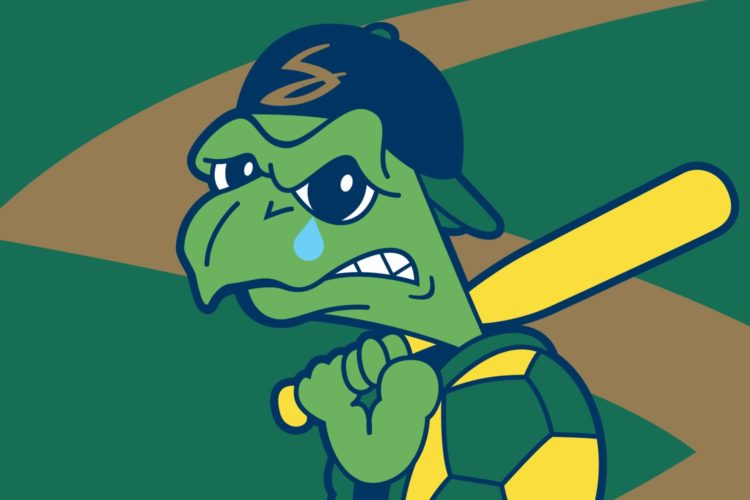 If you’ve read my work here or spoken to me in person for more than five minutes, you may have gathered that I am a proud native of Beloit. And along with breathtaking wonders like the world’s largest can of chili, Wisconsin’s 19th largest city is also home to the only Major League Baseball affiliate within 100 miles of Madison: the Beloit Snappers. But that may be changing, and not for the better.

So there’s good news and bad news. The good news is that the team isn’t going away! They’ve got a new owner — Janesville native and baseball business vet Quint Studer — and a brand new stadium under construction, a much-needed upgrade on the dated Pohlman Field. But the bad news is they might not be the Snappers for much longer.

From over 1,000 fan-submitted name ideas down to five. The fan vote has begun!

That’s right: the Snappers organization believes it’s time to upgrade its name after 25 years and reached out to fans for suggestions. Five selections are now up for a vote. And without mincing words, they all suck. They are fucking terrible. I am not alone in this feeling either, because a cursory look at the Facebook comments shows that other Snappers fans are very not cool with it. So let’s take a look at the options:

A nod to the state’s dairy production, “Cheeseballs” is one of the least objectionable of the five options. It makes sense given the minor leagues’ propensity for food-related names, like the Montgomery Biscuits and Jacksonville Jumbo Shrimp. But there’s no point in adopting this when the team in question already has a perfectly fine name. Dump it.

This is by far the absolute stupidest name of the five, and it would be among the worst in the history of organized sports. “Moo” sounds like they asked a drunk toddler what their baseball franchise should be called. I’d say it has big “Green Bay Booyah” energy, but at the absolute least “booyah” was the catchphrase of a beloved sportscaster. “Moo” is what cows say when they shit. Dump it.

With its affectionate “America’s Dairyland” nickname, over 1.2 million dairy cows call Wisconsin home, living on more than 7,000 dairy farms across the state

Pay homage to the farmers and cows of Wisconsin that help feed families across the nation with this catchy team name. pic.twitter.com/zMLOve1MyE

Someone was playing Wisconsin Mad Libs here. I will admit that if done right, “Polka Pike” could make for an interesting hat. But still, dump it.

Wisconsin residents have been tapping their toes to polka, the state’s official dance, as long as they’ve been pulling fearsome pike from the Rock River. Grab your accordion and your fishing pole and head to the ballpark where every night will be a music-filled festival! pic.twitter.com/1Ennswo9ZF

Today I learned that a “sky carp” is a goose that doesn’t migrate south for the winter. It’s also a terrible idea for a baseball team name. Baseball is in the summer. Dump it.

A slang term for a goose that would rather stay home in Beloit in the winter than migrate south, the Sky Carp name whimsically represents the future of our city, a flourishing, innovative town so strong that no one wants to leave. pic.twitter.com/h1hb1y4YSg

OK, so this one isn’t too bad, and there are three supper clubs in Beloit: The Butterfly, The 615 Club and Bennedetti’s. But I suspect they would agree that it’d be a mistake to change the local baseball team’s name from “Snappers” to any of these five options. Dump them all.

Look, I understand how much money a quirky team name could make for the fledgling minor-league club. And times are tough for MiLB right now. But it’s not as if the Snappers name was picked out of thin air. The turtle is an integral part of Beloit’s identity. Where else could you find Turtle Creek and charming local haunts like the roadside dive Turtle Tap or the defunct Turtle Greens golf course? “Snappers” was already a perfect name, and changing it is a grievous error.

I’m not just speaking as a fan here, either. My first job was playing Snappy D. Turtle, the Snappers’ mascot, at home games. I made six dollars an hour to wear a hot-ass fur-suit in summer humidity and almost lost an eye in an on-field stunt gone awry (true story). I have literally given my blood, sweat and tears to this team. To see them adopt one of these horrible names would feel like a slap in the face to me and the city of Beloit and its endearing turtle fetish as a whole.

Voting is open until Sept. 25, but I speak on behalf of my fellow Beloitians when I say: don’t try and fix perfection.