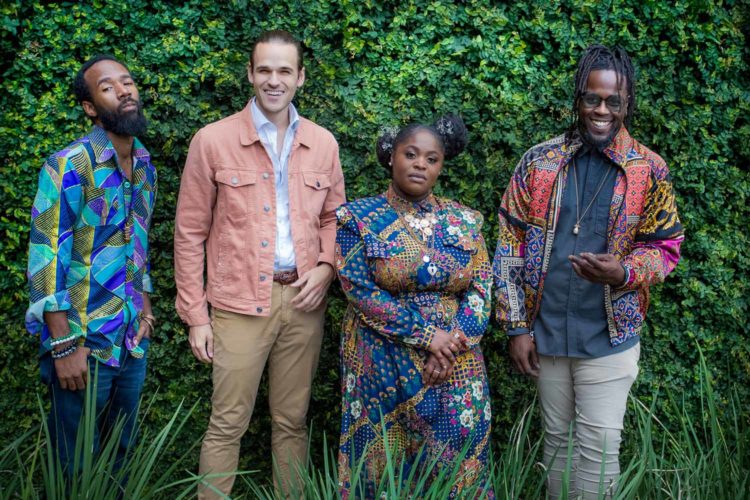 Tank and the Bangas / photo by Gus Bennett

An easy way to discover new music is to check out who’s opening for your favorite band. Besides, you already bought a ticket for the whole show — why not catch all of it?

Ah, beautiful March: the days are getting a little longer, the solstice is coming on the 19th, and heck, you might even see a robin. But try as you might, you cannot listen to the new “Ringtone” remix for the entire month. So it’s a good thing the best harbinger of spring is an uptick in concerts happening around town after a winter deep freeze. Here are my favorite openers coming through town to kick off shows in March. After all, what more is that robin than the perfect opening act to spring?

We’re starting the month off right with the spacey easy listening group Sea Moya, a German band until the group moved to Montreal in 2018. These international travelers have a knack for writing hooky tunes that have a dusty-feeling levity, which brings to mind the more Toro y Moi’s more psychedelic material. Still, live videos and studio recordings alike show that the band isn’t afraid of jamming and earning the “kraut” genre tag they assign themselves in press.

So much sonic ground has been covered by Madison locals past and present that you might think at some point we’d run out of niches to fill. But then a group like Treatment comes along and I have to reckon with the fact that, for as long as I’ve been going to shows, we’ve been missing a band like this. Look to their November EP, Beat of the World, for nimble-but-efficient guitar lines, varying but ever-present levels of early heavy metal influence, and a whole lotta howling.

I remember when every band sounded this sunny. Shouts out to 2009-10. Has it really been that long? Or maybe it’s just that we’re hitting the portion of winter that feels like an unfunny joke. But either way, Okey Dokey feels like a glorious and much-needed salve for these chilly days. The band’s bleached out lo-fi on tracks like “Threw My Love Away” and “Congenial Man” serves up just what I need: music ripe for swaying along to.

March 9, The Sylvee with Wilco

Canadian second cousins Kacy Anderson and Clayton Linthicum are a folk/roots duo with a decade-strong catalog of evocative songs. Their last two records were produced by Wilco’s Jeff Tweedy, whose fingerprints on their sound make them feel particularly at home in the contemporary corners of traditional songwriting. I can’t wait to hear them on The Sylvee’s sound system.

Tank and the Bangas

March 11, The Sylvee with The Revivalists

When NPR Music announced Tank and the Bangas as the winner of their 2017 Tiny Desk Contest, the New Orleans group was thrust into the spotlight already fully formed. Their ensuing Tiny Desk Concert remains a high point for the influential video series; the band’s songs and riffs effortlessly hop between genres and moods in a way that feels off-the-cuff despite probably being perfectly practiced. Even I, a remarkably unwilling crowd participant, find their audience interaction endearing. The group was Grammy-nominated for Best New Artist this year, and it’s not hard to see why.

If all is just in the world — hey, I can dream! — Brooklyn’s Wilsen will be playing to a crowded room when they take the stage here later this month. The band will be touring on the recent release of their second album, Ruiner. It’s pleasingly grand and organic without ever feeling too lofty or distant. For those new to the band, it’ll be the perfect opportunity to catch up on this goodness: dreamy enough to perk your ears but grounded enough to withstand the clinking sounds of bar service.