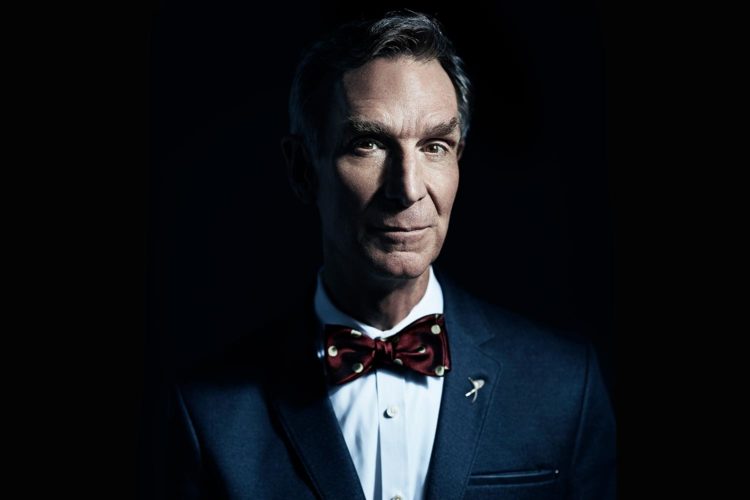 Don’t worry, those growing “Bill!” chants aren’t just in your head: the Science Guy himself, Bill Nye, is coming to UW.

It was announced today that Nye will speak at Shannon Hall on Tuesday, April 21 — one day before Earth Day, natch — as part of the Wisconsin Union’s Distinguished Lecture series. His topic will be climate change, a subject the 64-year-old has been especially vocal about in recent years. The recent documentary Bill Nye: Science Guy saw the avuncular sound effect enthusiast taking on climate denial, among other things.

For many reading this, Nye was an integral part of childhood. His wacky yet informative TV show Bill Nye the Science Guy was a classroom staple for ’90s kids. A former Boeing engineer who also performed in the same comedy group as Joel McHale, Nye is crazy good at explaining abstract scientific concepts in a way that’s both educational and really fun.

And as I would learn during my brief tenure as a substitute teacher, he’s also a perfect ringer when you show up too hungover to tell a bunch of rowdy third graders about electromagnetism or whatever.

It’s fitting that Nye’s visit to Madison is so close to Earth Day. Not only is he a vocal advocate for environmental consciousness, but 2020 marks the 50th anniversary of the first Earth Day. For an added bit of trivia, the founder was a U.S. senator from Wisconsin named Gaylord Nelson. Small world!

Tickets for the lecture will be free and first made available to students; additional information is still to come. Until then, please enjoy the Science Guy getting down to some Lizzo at New York Fashion Week.