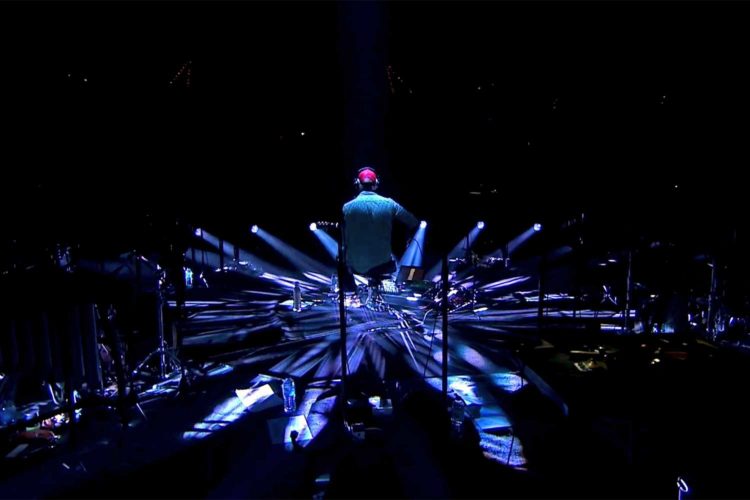 As anyone with two ears and a heart could tell you, Bon Iver has grown a lot since their first album.

For one thing, Justin Vernon and friends scarcely recall the tender folk of his 2007 debut, For Emma, Forever Ago. 2016’s 22, A Million saw Bon Iver move into electro territory. And the handful of songs released from the forthcoming i,i (due out Aug. 30) has the sound expanding even further. To coincide, the band will embark on a lengthy arena tour.

“It’s a much bigger sound, and we’re pushing more air,” Vernon says in Autumn, a 12-minute documentary posted to YouTube on Wednesday. “It’s not as focused on just the guitar sometimes.”

But seeing as Vernon wants the record to speak for itself, Autumn focuses on the artists who help to flesh out his vision, specifically for their live show. Among these is Michael Brown, the creative director for both the band and Vernon’s Eaux Claires festival. For i,i, Brown is working with a German company called WHITEvoid to creative an immersive stage show.

“They have really pioneered this amazing, kind of spectacular looking technology that motion tracks, whether it’s laser or lights,” Brown says. The result is a continuously changing environment that morphs along with the songs using moving mirrors. Even at arena levels of fame, Bon Iver is still finding ways to subvert expectations.

“They’re like no other band,” says sound engineer Xandy Whitesel. “A musician’s band in some way, and in another way a band for the masses.”

For his part, Whitesel will be using a sound system called L-ISA, an immersive construction meant to make the audience feel like they’re “inside the music,” as he says. If you weren’t stoked on i,i before, you should be now.

Autumn is a must-watch for any Bon Iver fan, if anything just to see more of Whitesel. He’s an eccentric character whom Vernon says is an ex-biker and lumberjack who “looks like a cowboy from 200 years ago” and sleeps in two duster coats. I hope he adopts me.

The tour doesn’t have any Wisconsin dates (traitor!) but Bon Iver will appear at the Xcel Energy Center in St. Paul, Minn., on Oct. 3, and Allstate Arena in Rosemont, Ill., on Oct. 4.