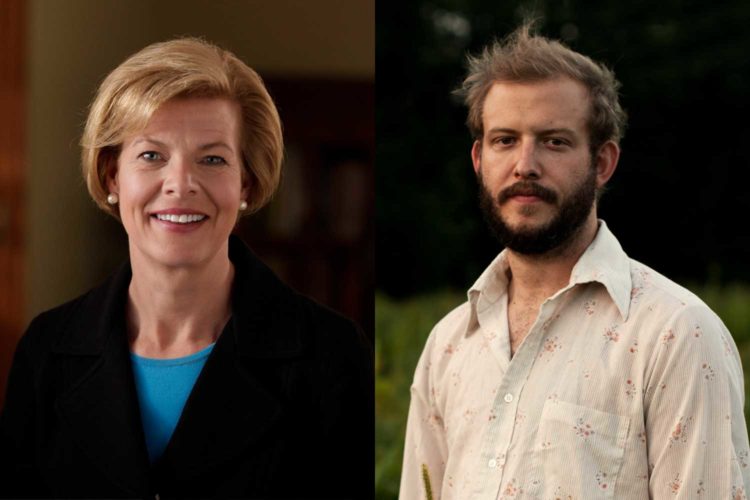 While “rock the vote” may not necessarily apply here, Justin Vernon is inviting you to come out and “folktronica the vote.”

It was announced today that Bon Iver will hold a concert and fundraiser for U.S. Senator Tammy Baldwin at The Sylvee on Oct. 20. It’s an “early vote rally and concert to promote early voting across Wisconsin.” Baldwin will face Republican state senator Leah Vukmir in the Nov. 6 election.

Support will come from Chris Rosenau of Collection of Colonies of Bees. He’s a Volcano Choir bandmate of Vernon’s.

In a statement, Bon Iver said, “Voting matters, and voting for Tammy Baldwin keeps it that way,” adding that they’re “thrilled to support Senator Baldwin in encouraging early voting in Wisconsin.”

Voting matters, and voting for @tammybaldwin keeps it that way.

We are thrilled to support Sen. Baldwin in encouraging early voting in #Wisconsin with a rally and concert at Madison’s brand new venue @TheSylvee on Oct. 20.

For Baldwin, the feeling is mutual. “Bon Iver has brought Wisconsinites together for years through their music, and this concert is a great opportunity to share with people the importance of getting involved and making your voice heard.”

And on Twitter, the Madison native said: “This is the hippest I’ve ever felt!” Presumably now bumped to second place is her appearance in Chain Reaction.

One of the most popular and enduring acts in indie rock, Bon Iver has grown a lot since mythic beginnings in a northern Wisconsin cabin. The Eau Claire-based band’s most recent album, 2016’s 22, A Million, saw them move further away from folk and more toward intricate electronics.

Tickets are available now through ActBlue and range from $50-$1,000. Proceeds go to the Baldwin for Wisconsin Victory Fund.