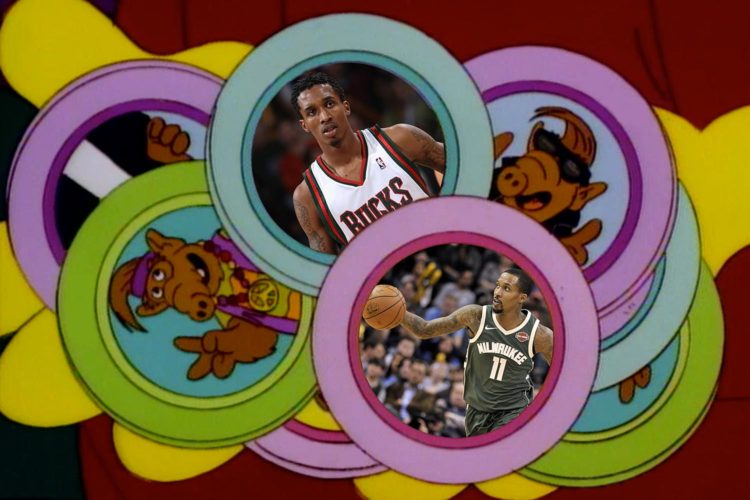 Five years ago, that would have been a stupid question. The compact point guard was the face of the Milwaukee Bucks. The team’s 2009 first-round pick was an electric scorer, reliable meme factory and the closest thing to a star the team had.

But then in July 2013, the Bucks dealt Jennings to the Detroit Pistons for a return that included Khris Middleton, the Bucks’ current sharpshooting All-Star snub. Jennings spent 2½ mediocre seasons with Detroit and in recent years has bounced from team-to-team and league-to-league, including a stint in China that ended in December when the Shanxi Brave Dragons released him.

Not one to go out with a whimper, the 28-year-old Jennings has spent the past few months quietly working his way back into the NBA, culminating in a return to the state where he played some of his best basketball. The Wisconsin Herd, the Bucks’ G-league affiliate, signed Jennings in February. Over the weekend, he inked a 10-day deal with the for-real Bucks.

And then on Monday night, he partied like it was 2009.

In his first game back with the Bucks, Jennings nearly recorded a triple-double, tallying 16 points, 12 assists and eight rebounds in just 24 minutes in a 121-103 victory over the Memphis Grizzlies.

The point guard was zen about it. “I felt like it was my first rookie game again,” he told reporters. “Just putting on that jersey was a blessing. I’m just very grateful.”

During Jennings’ rookie season, he spent 10 days (poetic, right?) as the best player in the world, according to Bucks beat writer Alex Boeder. Jennings did such cuckoo-bananas things as carrying an abysmal Bucks squad to six wins in seven games — no easy feat when your backcourt running mate is, uh, somebody named Charlie Bell) — including dropping a Harden-esque 55 points on the Golden State Warriors. In three quarters.

Now he’s running with one of the most dynamic players in the NBA in Giannis Antetokounmpo. With the playoffs only a month away, this is bound to get interesting at the very least.