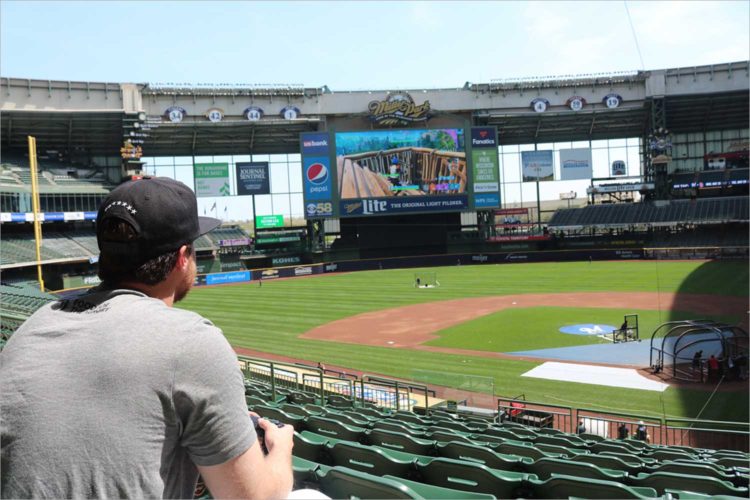 From professional sports locker rooms to post-edited lines in HBO sitcoms, the video game Fortnite seems to be everywhere lately. Now, “Miller Park jumbotron” can be added to the list.

Before losing to the Cleveland Indians on Wednesday, two Brewers — outfielder Brett Phillips and pitcher Josh Hader — spent some downtime playing the massively popular game on the stadium’s jumbotron. And if the Brewers’ Twitter account is to be believed, it looked fun as hell.

“It is a beautiful day. Give @FortniteGame a break and play outside.”

For those unfamiliar, Fortnite is essentially set during the zombie apocalypse. After half the world’s population mysteriously disappears in a freak storm, players are dropped into the middle of an extinction level event with the objective to be the last player (or team) standing. So it’s kind of like Fallout, but with a bit of Overwatch added in for good measure.

This wasn’t Phillips’ first go-round playing the game at Miller Park. On Tuesday, he posted a picture to his Instagram of him playing Fortnite solo. He captioned the image “out here living my best life,” which is pretty hard to argue with when you’re a professional athlete playing a video game on a jumbotron.

Out here living my best life playing @fortnite on the Jumbotron 🎮

One can only hope that Bernie Brewer took a trip down his slide whenever Phillips or Hader killed a zombie. You kill zombies in Fortnite, right?

Man, I should probably play this game.