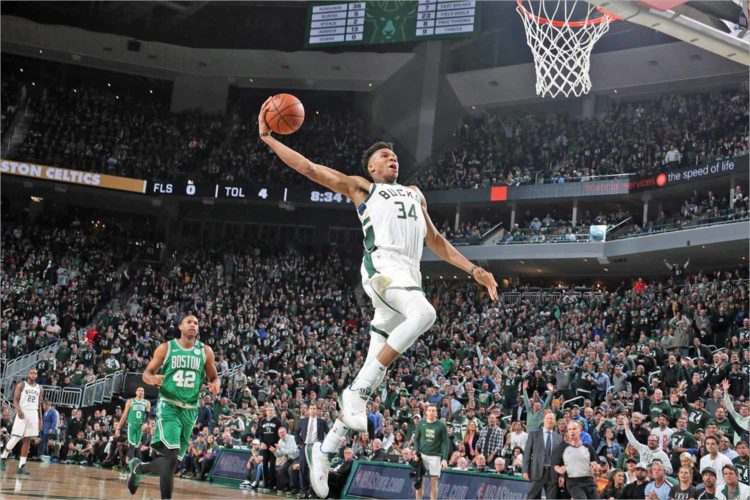 I can’t believe I’m saying this, but #FearTheDeer in the Eastern Conference Finals.

The Milwaukee Bucks defeated a directionless Boston Celtics team on Wednesday night, 116-91, ending that series and putting the Bucks one series away from playing for the NBA championship. Holy shit, right?

It marks the first time Milwaukee has advanced this far since 2001. That was back when Ray Allen, Sam Cassell and the Big Dog roamed the Bradley Center (before the BMO Harris prefix, even). So even if they can’t bring down whoever wins the Raptors-Sixers series, this is a milestone performance by the team.

It wasn’t too long ago that the Bucks were nothing short of a joke. After that ’00-’01 season, the organization began a downhill slide that peaked at mediocrity. Fans, understandably, lost interest. And no matter what they did, no matter who they drafted, the Bucks couldn’t get back on track. They might make the playoffs but would never advance past the first round. They had good players but not great ones. It seemed like Milwaukee was doomed to toil on the steps of the NBA’s cellar.

With the 15th selection in the 2013 NBA Draft the Milwaukee Bucks select Giannis Antetokounmpo. #BucksDraft

But in 2013, the Bucks drafted a relative unknown out of Greece named Giannis Antetokounmpo. You undoubtedly know the story from there — over the past six seasons, the Bucks have gradually willed themselves into the NBA’s upper tier.

This year’s success is thanks obviously to the Greek Freak’s MVP-level play, but also invaluable offensive support from guys like Khris Middleton, Eric Bledsoe and (albeit not on Wednesday night) Brook Lopez. Also, hiring defensive guru and former coach of the year Mike Budenholzer to lead the team probably wasn’t the worst idea.

People actually care about the Bucks again. The home crowd at the new Fiserv Forum has become so loud and rabid that it’s nearly as integral to the team’s success as any player. (Just listen for the “Bucks in 6” chant during any home game.) It’s a good time to be a sports fan in Milwaukee. The Brewers are one of baseball’s best teams, and the Bucks just might be basketball’s best.

Now the team must look forward. The Toronto Raptors are one of the most cohesive teams in the league, featuring a high-powered attack led by Kawhi Leonard and Kyle Lowry. And the Philadelphia 76ers have Joel Embiid, one of the few players in the league who could conceivably match up with Giannis. The Bucks will go into either series as the favorite, but the Raptors and Sixers both have plenty of ways to play spoiler. Dare I say… Bucks in 6?