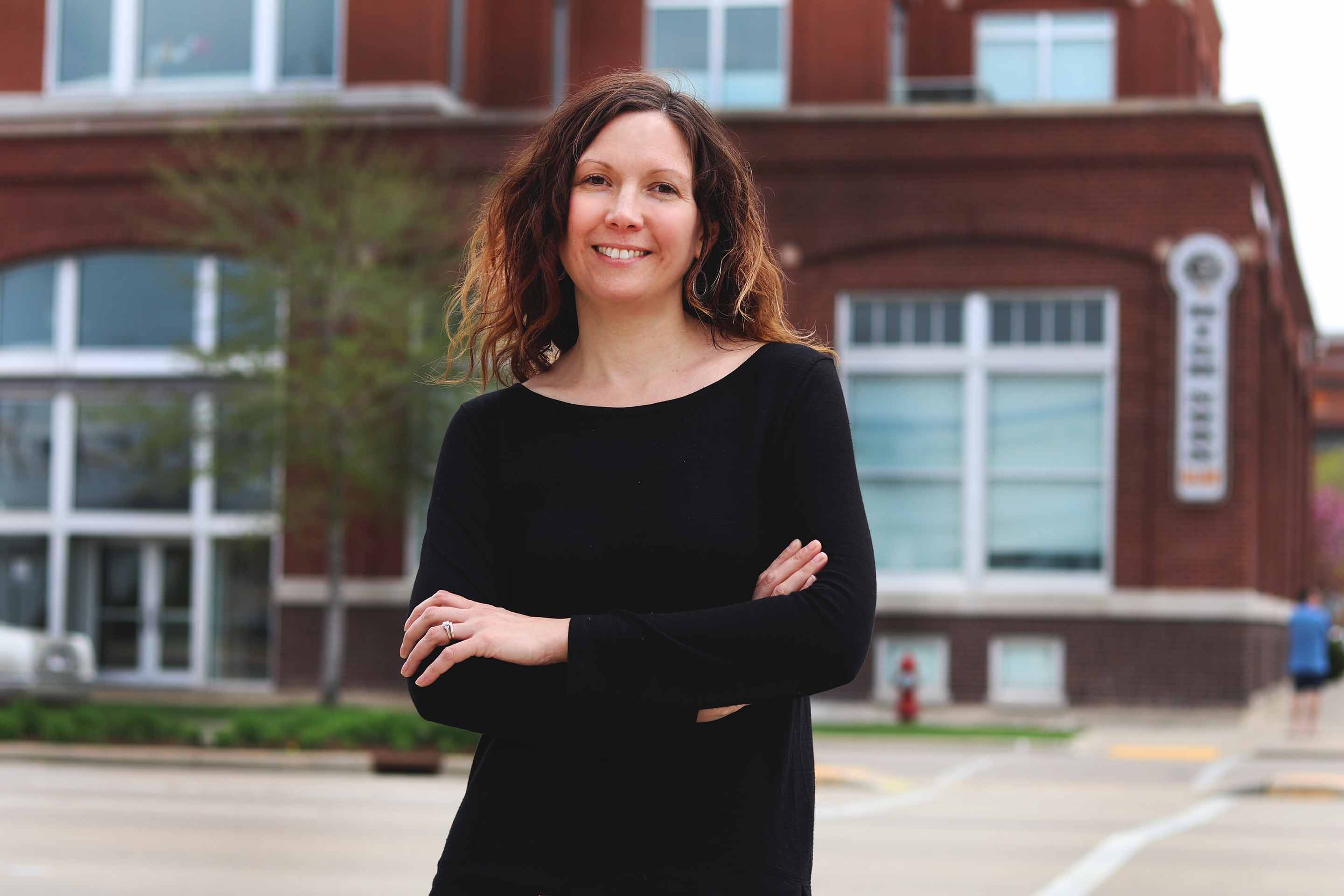 When fire destroyed O’Cayz Corral in 2001, the sudden loss was immeasurable.

The venue had been the center of gravity for Madison’s music scene. It was the home of countless local acts and hosted tour stops for emerging bands like L7, Soundgarden, Queens of the Stone Age and The White Stripes.

For Cathy Dethmers, giving up never seemed to be an option. The club’s owner had already demonstrated her resilience by taking over the business after O’Cayz closed in the early ’90s. But this time it would take years, not months.

High Noon Saloon opened on May 5, 2004, a few blocks away, and it soon became an institution in its own right. Much of this can be credited to Dethmers’ relentless spirit and her team’s sense of community.

With the 15th anniversary approaching, I exchanged a few emails with Cathy Dethmers to collect her thoughts on rebuilding one of Madison’s favorite venues. Her responses, lightly edited, are below.

Cathy Dethmers:  I was a bartender at O’Cayz while I was in college. I loved everything about the club: the music, the vibe of the room, the regulars at the shows. When it closed down unexpectedly, I was starting my last semester of school and had no post-graduate career plan. My parents were pressuring me to figure out how I’d live after college. All that mattered to me at the time was live music. I wanted O’Cayz back in my life, so I decided figure out how to take over and re-open the bar.

O’Cayz was pretty divey but with tons of character — and the place just emanated history. The interior was built to look like you were outside on the street in an old Western town. There were buildings with fake roofs, and windows with paintings or outlines of people behind them.

But the look of the place was entirely eclipsed by the intensity of the bands on stage, and the camaraderie of the close-knit community that came to the shows. The whole venue was about one-third the size of High Noon, so the shows felt really intimate and the layout of the space encouraged connection with the bands.

I started working on finding a new location for the club the day after it burned down. My way of dealing with the trauma was to focus my energy on building a new O’Cayz, and I was unwilling to let any obstacle derail me. It was really hard at times, but I never truly considered giving up. Building a new O’Cayz was all I cared about, and that strong desire made sticking to my plan a given for me despite the hurdles I encountered.

It was 3½ years of scouting locations, meeting with alders and neighborhood groups, attending city council and ALRC meetings, conferring with city employees and my architect on building plans, and working to raise and save money to pay for it all. I learned so much about how the city of Madison works, and that was really interesting. It was an emotionally exhausting phase of my life, but it was most definitely a labor of love. Initially I just wanted an O’Cayz replacement, and I hoped to rebuild something as similar as possible as fast as possible. But after it sunk in that it wouldn’t happen overnight, I started to realize that building a bigger space would open up opportunities for show and event booking for the club. Working in other bars and visiting venues in other cities during these years helped me hone my ideas for the best way to design the layout of the interior.

There were some design limitations for High Noon due to budget and the need to share space with the other tenants in the building, but I was pretty happy with how the design turned out. The differences it had from O’Cayz actually helped High Noon be more versatile and successful than it might have been otherwise.

I remember basically not sleeping for the whole week before opening night. The crew and I were up all night for days in a row putting coats of polyurethane on the new oak floor. We spent the daylight hours finishing punch list items, testing the sound system, and setting up the bar for service.

East Washington Avenue was all torn up at the time, and High Noon was the only completed tenant space in the Buy and Sell building. So we were set to open right in the middle of an active construction zone. There was no parking lot yet, and there was a giant hole where the patio would ultimately be. There was a makeshift plywood walkway so patrons could get from Blount Street into the venue. It was kind of insane, and I’d imagine that entrance was off-putting to anyone who wasn’t already a devout O’Cayz fan.

On opening night, we were set to open the doors at 4 p.m. for our 5 p.m. sold-out show. But without a liquor license I couldn’t open the venue, and I couldn’t get my liquor license until the building inspector signed off on our finalized construction. He did that by putting his signature on a piece of scrap paper at 4:07 p.m. So with a huge line of people outside waiting to get into the new venue, I had to race over to the City Clerk’s office to get my license before they closed at 4:30 p.m. That was one of the more terrifying moments of my life!

I think O’Cayz existed in a time and place that can’t ever be recreated, as much as I wish it could. Music fans’ expectations of their live music experiences have changed. Easy access to music and band info online has made it much less likely that someone will have a totally unexpected and life-changing live music experience with an unknown band. And that was part of what made O’Cayz so magical — the frequent likelihood of seeing a transcendent night of music on some random Wednesday, and sharing that experience with five or 50 other hardcore music fans.

As a booking agent, I could take a lot more risks in the small and well-worn O’Cayz space than I could in the big and shiny High Noon. I tried my best to keep that same inviting and exciting vibe at the High Noon, and I think to a large extent I succeeded in that. But I also had much bigger bills to pay, and much higher expectations to meet from the broader audience that attended shows there.

I had to be more calculating with my booking choices and make sure what the venue offered was more accessible to more people. While I miss everything that O’Cayz was, I’m also grateful that the High Noon afforded me the opportunity to work with tons of musicians and community organizers than I ever would have been able to at O’Cayz.

Dethmers retired as a club owner and sold High Noon Saloon in 2017.

I miss many things about running the High Noon, but mostly I miss my relationships with my staff and with local bands. Those relationships were what sustained me over the years during times of intense stress or burnout.

I still get out to see a decent number of shows, and I still feel really comfortable and welcome at High Noon. I even work a guest bartending shift there every once in a while, which is tons of fun and a great way to reconnect with all the people I miss.

What High Noon came to be over the years was absolutely the silver lining on the tragedy of the O’Cayz fire, and I couldn’t feel more lucky to have been such a large part of both venues.