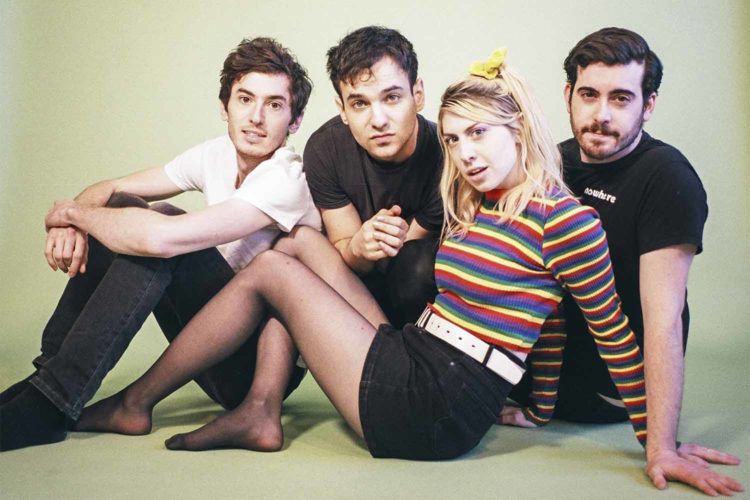 I should tell you up front that I stan Charly Bliss. Hard.

In our Winter Music Preview, I said I was “head over heels in love” with the band, and that’s not hyperbole. I’ve always had a soft spot for sugary pop punk, and Charly Bliss — who play High Noon Saloon on Jan. 17 — are the current masters of that genre. Their 2017 debut, Guppy, is wall-to-wall hooks married to grungy guitars. Had it been released in, say, 1995, the Brooklyn quartet would probably be the biggest band in the world. And their genre as a whole would be better for it.

Charly Bliss represents a sort of reckoning with past eras of pop punk. When I came of age, the bands at the genre’s forefront peddled retrograde, downright toxic views of women. That certainly didn’t do any favors for the emotional maturity of the teenage boys listening to it. As important as they were to me then, I can’t listen to New Found Glory without cringing now.

But Charly Bliss’ chief songwriter, Eva Hendricks, has found a way to subvert that toxicity.

Guppy is as assured of a debut album you’re likely to find, which is hilarious given the current of uncertainty that runs through it. On the album’s opener “Percolator,” Hendricks sets a clear tone with lines like “I am sick, but I’m speaking / My boyfriend is freaking / My conscious is fucked and my judgment is leaking.” Her bubblegum vocals may be what grabs your attention, but it’s her skill as a lyricist that’s most rewarding.

For example, their 2018 single “Heaven” captures a dreamy, distinctly adolescent way of looking at relationships. The lyrical refrain of “I’m in heaven with you” is amplified by a pedal-driven solo that makes guitarist Spencer Fox sound like Billy Corgan.

Get in touch with your teenage id and catch Charly Bliss this Thursday at High Noon Saloon with special guests Active Bird Community and Madison’s own Disq, whose upcoming album is one of Stereogum’s most anticipated of 2019.