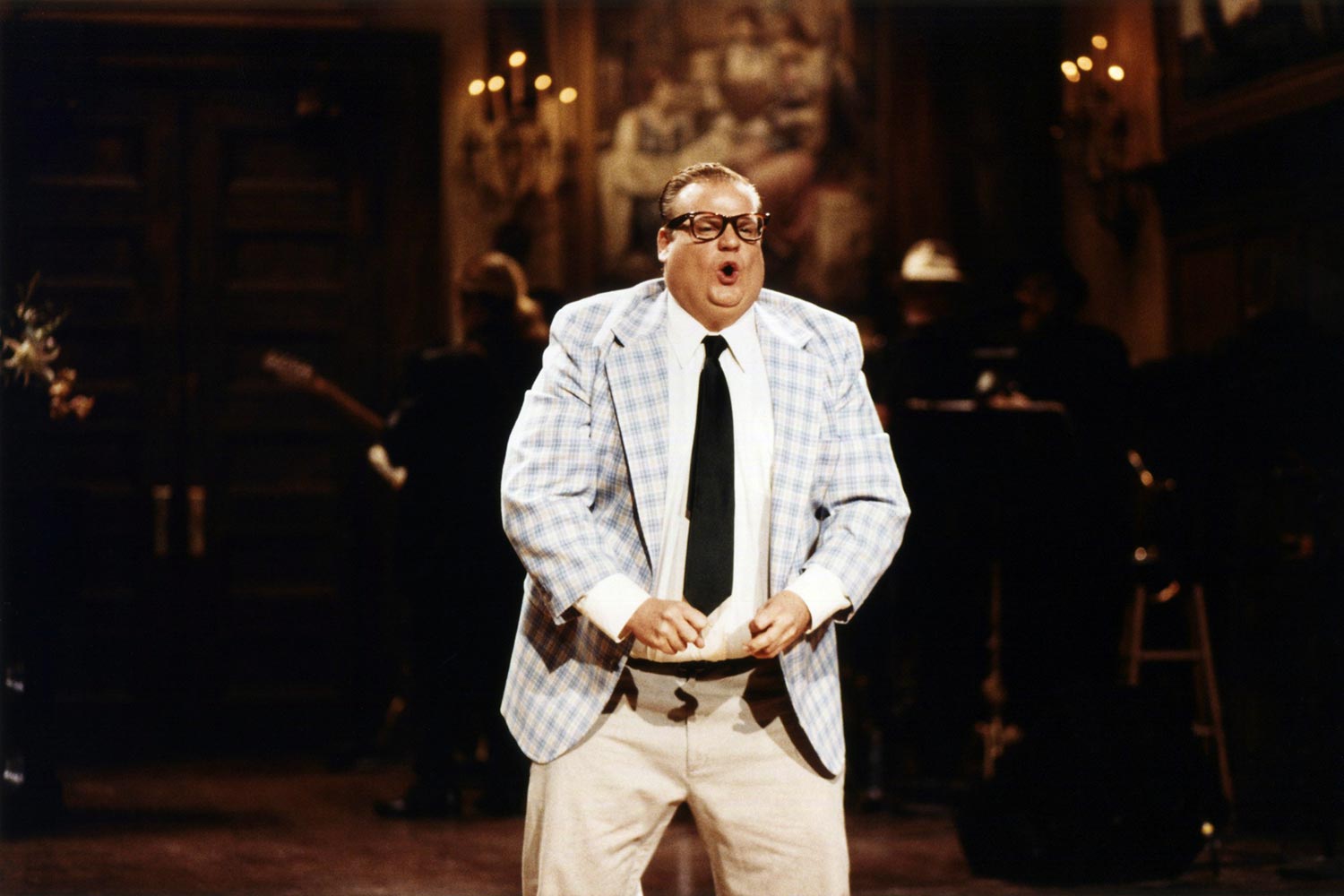 Chris Farley certainly isn’t the only actor to come from Madison (what up, Bradley Whitford!) but he’s without a doubt the most beloved. Between 1990 and ’95, the Edgewood High alum established himself as one of the finest performers to ever grace the Saturday Night Live stage, bringing to life iconic characters like motivational speaker Matt Foley and Chicago Bears superfan Todd O’Connor.

Farley was also well on his way to movie stardom. In 1995, he headlined the hit comedy film Tommy Boy, which grossed $32.7 million and became one of the most beloved comedies of the era. By 1997, he was in the process of recording the lead voice role for an animated movie called Shrek and was preparing to play silent film star Fatty Arbuckle in a biopic drama.

But all of this promise came to an abrupt end on Dec. 18, 1997, when Farley — who had long struggled with addiction issues — was found dead in his Chicago apartment of a cocaine and morphine overdose. He was 33.

To date, he’s been the subject of both an excellent oral history (The Chris Farley Show: A Biography in Three Acts) and a documentary (I Am Chris Farley). But his status a gonzo, once-in-a-generation performer isn’t the only part of Farley’s legacy. Until funding tapered off in 2012, the Wisconsin-based Chris Farley Foundation sought to inform teens about substance abuse using humor and improv.

Today, the 20th anniversary of his death, we celebrate Chris Farley’s life by offering a “Farley Tour of Madison” collection of old haunts and landmarks around town that have a connection to the big man.

This crappy laundromat in Madison, WI used to be The Ark Theatre where I first started doing improv. Ah, memories. pic.twitter.com/FNrwGDREqK

Don’t let what sits there now — the permanently closed Quick Clean Laundromat — fool you. This site was once home to the Ark Improv. Founded by Dennis Kearn in 1984, Ark Improv was Farley’s first comedy proving ground and the place he debuted Matt Foley, pre-Second City. Fellow alumni include Bonnie Hunt and UW grad Joan Cusack.

When comedian Tom Arnold was visiting town in 1993, Farley took him to Skip Zach’s Avenue Bar where they apparently held court while having chef’s salads and crab legs. A Madison institution for decades, the restaurant has since been sold and renamed the Avenue Club. You can’t get crab legs anymore, but their fish fry is *Italian chef kissing fingers gesture*.

Farley grew up in the affluent Maple Bluff neighborhood — his father Tom owned a paving company — at this address right off of Lake Mendota. Feel free to look at it, but don’t go up and bug the people who live there. We don’t want what happened to those poor folks in Albuquerque to happen here in Madison.

A devout Catholic, Farley grew up attending school at the parochial Edgewood High. Here he played nose guard on the Crusader football team and, unsurprisingly, developed a reputation as the class clown. He graduated in 1982 and went on to attend Marquette University (just like his Tommy Boy character Tommy Callahan).

One of the more somber locations on this list, Farley was laid to rest in the mausoleum at Resurrection Catholic Cemetery. Fun fact: The first time I visited here, in high school, I got food poisoning and threw up all the way back to Beloit. I’m proud to report that I did not hurl on a recent return visit.

If you’ve ever been to Badger game day mecca State Street Brats, you may have noticed the framed headshot of Chris Farley that hangs near the doorway. Brats was one of Farley’s favorite places in Madison. For example, he once hosted a fundraiser there for former Republican congressman Scott Klug, an event detailed smugly in A.V. Club writer Nathan Rabin’s otherwise positive review of The Chris Farley Show. Klug once said that Farley “had a motor running 170 mph 17 hours a day.”

Thanks to a Maple Bluff ordinance that allows beer to be sold past 9 p.m., Vic’s is a last stop for many east-siders who aren’t quite ready for the party to end. It’s also at the heart of an anecdote from The Chris Farley Show about the Farley family’s reputed generosity, as told by his brother Tom Jr.:

“We’d all walk out the door, head right down to Vic Pierce’s liquor store, and a charge a six-pack to Dad’s account. You were ready to go. Chris was very generous, and Dad always made sure we had the means to be generous. It was part of being a Farley.”