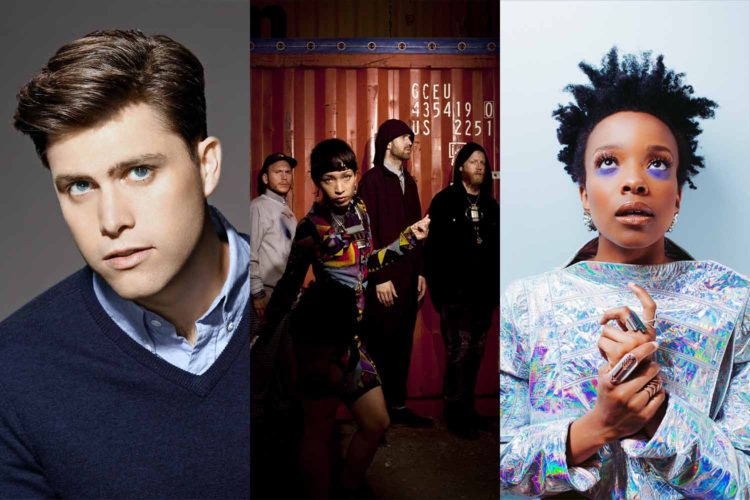 Here are some Madison show announcements from this week that you may have missed. Tickets go on sale Friday — unless it’s a free event, in which case tickets do not go on sale at all.

Weekend Update fans, rejoice! Just two months after Michael Che graced the stage at the Comedy Club, it’s been announced that his deskmate and pastier half, Colin Jost, will also be coming to town. Jost was something of a prodigy in 2005, hired as a writer on Saturday Night Live at the age of 22, just barely out of Harvard. By 30, he was the show’s co-head writer, a position he held until 2015 before returning to it late last year (alongside Che, Kent Sublette and Bryan Tucker). Also, he’s a total dreamboat; just sayin’. Tickets go on sale Friday, April 13 at noon.

Bands formed in high school don’t often stay together forever — if they did, I’d still be the drummer of a ska band with no horns — but Little Dragon is one that’s defied the odds. Formed in 1996 during its members’ freshman year, the Swedish quartet has crafted a sound that falls somewhere between electronica and dream pop (or in the case of 2014’s Nabuma Rubberband, Janet Jackson-inspired slow jams), making them not only one of the more layered artists in their genre but also one of the most sought after. Over the years, Little Dragon has collaborated with the likes of Gorillaz, Big Boi, Flume, De La Soul and SBTRKT. The band’s latest, Season High, was released in last April. Tickets go on sale Friday, April 13 at noon.

Friday, May 4, The Sett at Union South & Memorial Union Terrace

One night. Two locations. No cost. Those are the details for this year’s WUDStock, an end-of-the-school-year concert event from the Wisconsin Union Directorate.

Jamila Woods will headline at The Sett with support from Trapo and Huizit. Woods is a Chicagoan soul singer and Brown University grad who rose to prominence after a series of collaborations with Chance the Rapper, including providing the sultry lead vocals to “Sunday Candy” on his and Donnie Trumpet’s Surf. She released her solo debut, HEAVN, in 2016 to widespread critical acclaim.

Meanwhile, over at the Memorial Union Terrace, LGBT country act Lavender Country will take center stage. Formed in 1972 and sporadically active ever since, the Seattle band and its iconoclastic frontman Patrick Haggerty have been injecting country twang into radical left-wing politics for longer than you’ve (probably) been alive. Also on the docket is a sunset show by The Goodie Two Shoes and a late-night dance party featuring PHO (the Minneapolis funk band, not the Vietnamese soup).