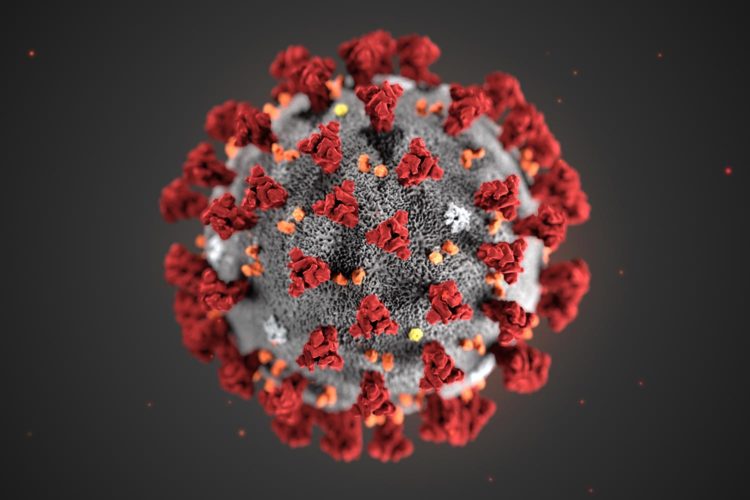 Last weekend on NBC’s Saturday Night Live, Kenan Thompson’s Ben Carson noted the fear factor of the ever-spreading coronavirus. “It looks like this,” he said, showing an image of the beloved Disney character Stitch. “As you can see from his sharp teeth, he’s a nasty little thing!”

Sure, it was supposed to be funny, and yeah, I laughed, but the sketch did make a point: there’s a lot we don’t quite know about the virus, and it’s only getting worse. What started as a handful of reported cases of pneumonia in China in December has taken a rather sharp turn. By early January, the World Health Organization had named the new disease caused by it COVID-19, and on Jan. 11 the disease had claimed its first reported victim in Wuhan, China.

Unfortunately, international travel rapidly pushed the spread of the virus east, and it landed stateside in Washington state on Jan. 21. It became a local concern by Feb. 5, when Public Health Madison & Dane County announced a Dane County resident had been diagnosed with COVID-19. (The person was declared virus-free on Feb. 28.)

And it seems like hysteria is spreading faster than COVID-19 itself. During the most recent Last Week Tonight with John Oliver, the HBO show aired TV news clips discussing the virus. “Some people are wondering if you can protect yourself from the virus by gargling with bleach or taking steroids,” said one local news anchor.

I hope this doesn’t need to be said, but do not gargle with bleach.

Preparedness and protection in Wisconsin

In light of growing concern, Wisconsin’s Department of Health Service arranged a press briefing in late February to discuss preparedness and protection in state. Dr. Ryan Westergaard, a DHS Chief Medical officer, did have words some might find comforting.

“Here in Wisconsin, the status of the epidemic of COVID-19 remains one where the risk to the population is very low,” Westergaard said. He added that the mortality rate is not high, reportedly at less than 1%.

But Westergaard then immediately crushed that hope by noting the likelihood that transmissions will increase in the U.S. over the coming weeks. He also said DHS’s federal partner, the Centers for Disease Control, was encouraging the preparedness of local health services to mitigate outbreaks as they occur.

Days later, coronavirus cases are indeed on the rise. And the U.S. death toll is now 11 and counting. So maybe just a little panic wouldn’t hurt. A healthy amount.

This all does beg the question: what exactly is being done post-infection? As the virus claims lives in the United States, what are we doing to make sure we don’t collectively pull a Black Plague and keel over?

At the University of Wisconsin-Madison, researchers are looking to previous efforts with other diseases in trying to combat coronavirus. Professors David O’Connor and Thomas Friedrich are working together to develop a model for testing different potential medical treatments on primates. Many companies have begun trials and development for a vaccine for the new coronavirus strain.

“My lab is interested in understanding how pandemic viruses like this emerge, what evolutionary problems they need to solve in order to become human viruses,” Friedrich told The Cap Times.

The professors, however, are not especially interested in getting infected and falling ill themselves. Researchers must take their temperatures twice a day, with quarantine if someone is identified as infected. The research is also being conducted in a Biosafety Level 3 Lab on the UW campus.

What’s most frightening about COVID-19 is the unknown. Even as researchers are working tirelessly to stop it, it’s easy to feel powerless. But for as obvious as it sounds, common sense and a bit of personal hygiene is a good place to start. Or as John Oliver put it: “Don’t be complacent, and don’t be an idiot.”