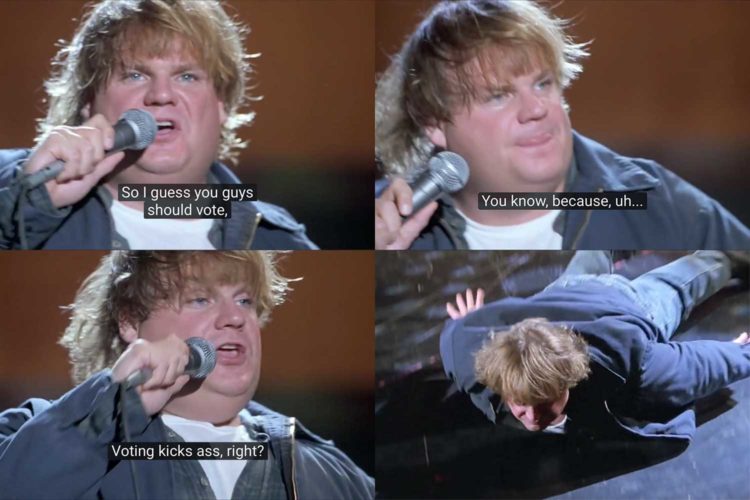 The midterms are in many ways voters’ first real referendum on the Donald Trump experiment, which is going spectacularly well, thanks for asking. While Republicans are expected to keep their majority in the U.S. Senate, there’s a good chance the House will turn blue, offering up a strengthened opposition to Trump’s more goonish instincts. That would kick ass.

It’s important who you vote for, too. Right now, the Republican majority is failing to kick a sufficient amount of ass. In fact, it might be kicking negative ass. It’s currently a cadre of morally bankrupt, store brand oligarchs who don’t give a fuck about their own constituents, let alone women, people of color, the LGBTQ community, and anyone else who isn’t a rich white dude.

Your vote needs to be for things that do kick ass. Things like expanded access to healthcare and a not-racist approach to immigration. Both of those things kick a lot of ass, as do constitutional protections for transgender Americans and not gutting voting rights. Vote for candidates who are pro-ass kicking (unlike Wisconsin attorney general Brad Schimel, who’s up for re-election today and claims to kick ass every day yet failed to have more than 6,000 rape kits tested and also lied about it).

Make your voice heard! Go out there, cast your ballot, and kick some ass.