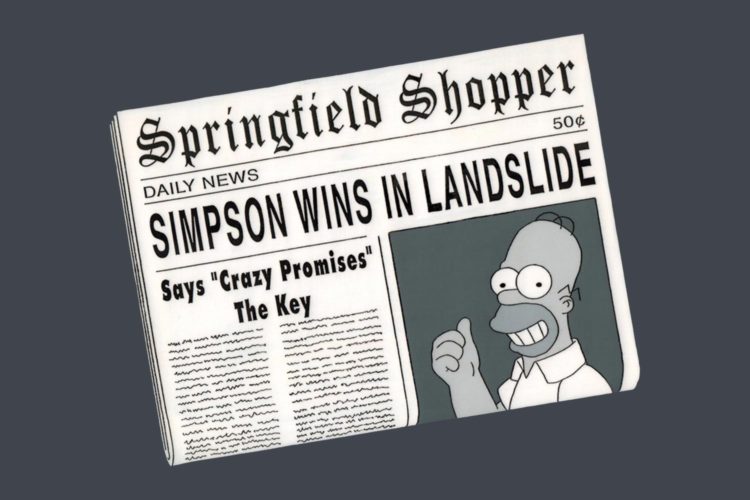 Hark! Is that the sound of people frantically looking for an acceptable form of ID I hear? It must be an Election Day in Wisconsin!

Today, April 3, Wisconsin voters have some serious decisions to make. For starters, there’s a particularly fiery contest for a seat on the state Supreme Court between Rebecca Dallet and Michael Screnock. Also, there’s a referendum on the state’s long-running schemes to eliminate the position of state treasurer.

It’s kind of fucked up that a race for a judgeship can be so easily broken down along party lines, but hey, I don’t make the rules; I just work here. Dallet is a Milwaukee County Circuit Court judge who could best be described as a liberal centrist. Screnock is a conservative activist-turned-Sauk County judge who enjoys the enthusiastic support of the National Rifle Association, a group currently out to publicly humiliate a group of school shooting survivors. He’s also currently airing an attack ad against Dallet dredging up a 2011 case of child sexual assault that the victim’s family begged him to pull.

Meanwhile, there’s a controversial referendum on the ballot to completely 86 the position of state treasurer. By voting “yes,” the position would be eliminated and the treasurer’s seat on the Board of Commissioners of Public Lands would be given to the lieutenant governor. While this may seem like a brazen power grab by the Scott Walker administration, most of the treasurer’s duties have been handled by the executive branch since 2011. So while eliminating the position would hamstring a fiscal check on the state, it also wouldn’t change from the status quo (at least on paper).

So go out there and vote! You can find your polling place here.