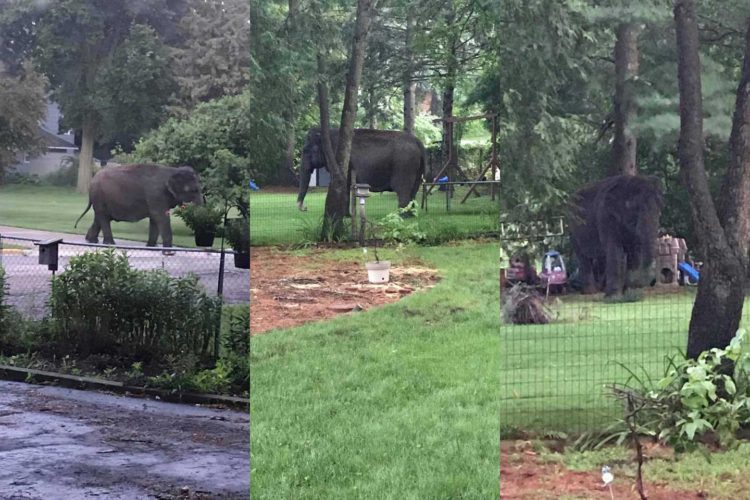 Happy Friday! I hope everyone reading this had a good week. An elephant was loose in Baraboo this morning.

Yes, you read that correctly. Just after 5 a.m., residents of Baraboo’s southeast side woke up to find a very confused elephant (whose name is Kelly) wandering through their otherwise elephant-free neighborhood. This continued for almost an hour before Baraboo police were able to contact Kelly’s handlers from her home at the Circus World Museum.

Kelly was initially spotted by Jaime Lynn, a local woman who caught the elephant in the heinous act of enjoying an early meal of trees and plants.

“She was just having some breakfast, I guess,” Lynn told Baraboo News Republic.

According to Scott O’Donnell, the executive director of the Circus World Museum, Kelly is no lone wolf. She escaped with the aid of her fellow elephant, Isla, who reportedly undid the latch to their barn, allowing Kelly to roam the streets of Baraboo.

“An elephant has about 100,000 muscles in its trunk, so they can get really good at playing around and picking at things,” O’Donnell told the paper.

And while Kelly was returned to the museum without incident, O’Donnell stressed that Circus World will be making sure this doesn’t happen again.

“We’re going to keep a better eye on her friend, who we now know has a mischievous streak to her. I’m not making light of any of it — we’ll check all of our protocols, as we should, and take the appropriate measures.”

Well, I for one am making light of it, because in a week that included the “President” of the United States making vulgar, personal attacks on a TV reporter, a curious elephant lumbering around in Wisconsin is exactly what I needed right about now.