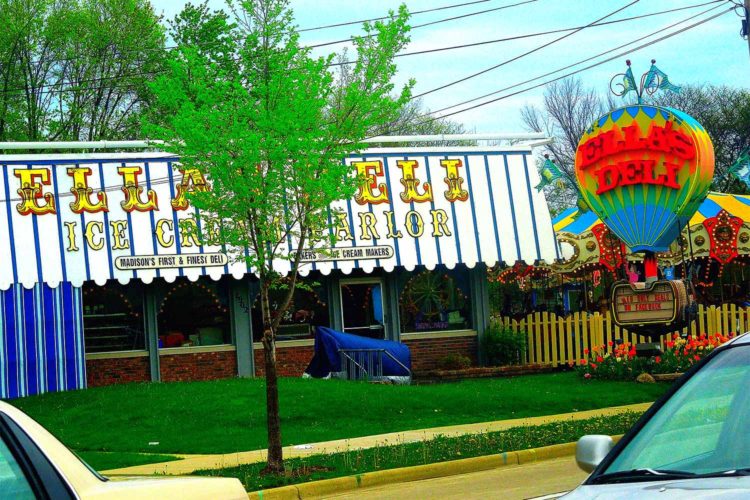 For more than 40 years, Ella’s Deli and Ice Cream Parlor has brought joy to Madisonians of all ages. And it wasn’t just thanks to the matzo ball soup, though that certainly played a part, but the sheer goofiness of the place.

With its full-sized vintage carousel and vast arrays of Rube Goldberg-esque contraptions covering the walls and tables, Ella’s Deli took the concept of a kosher-style delicatessen, drove it out into the desert and got it all hopped up on peyote.

But all good things must come to an end. Ella’s announced plans late Wednesday morning to close its doors “around January 21.” In a lengthy and very viral Facebook post, the beloved East Wash establishment bid a fond farewell to those who’ve lined its toy-adorned tables over the years.

Speaking to the Wisconsin State Journal, Ken Balkin, who co-owns Ella’s with his wife Judy, said he hopes the announcement will help to find a buyer by drumming up nostalgia for the kitschy eatery. “[But] if not, we want to show our appreciation to the community, and all of these generations of people who have come here.”

A second (and final?) location at 2902 E. Washington Ave. opened in 1976, several years after the Hirschfields sold to Ken Balkin’s parents. It was the Balkins who began installing the various knick-knacks and tchotchkes, including the iconic carousel, which began turning in 1982.

Ken Balkin was wary to speak too definitively of it shuttering for good, instead expressing optimism that new ownership will carry on the deli’s whimsical tradition into the future.

“We’re hoping it lives on. If there’s a breath of fresh air, we’d be really pleased if that were the case.”

If you fancy yourself that breath of fresh air, Ella’s Deli can be yours for a cool $1.2 million. But if not, you might want to fit in one last ice cream masterpiece just in case.