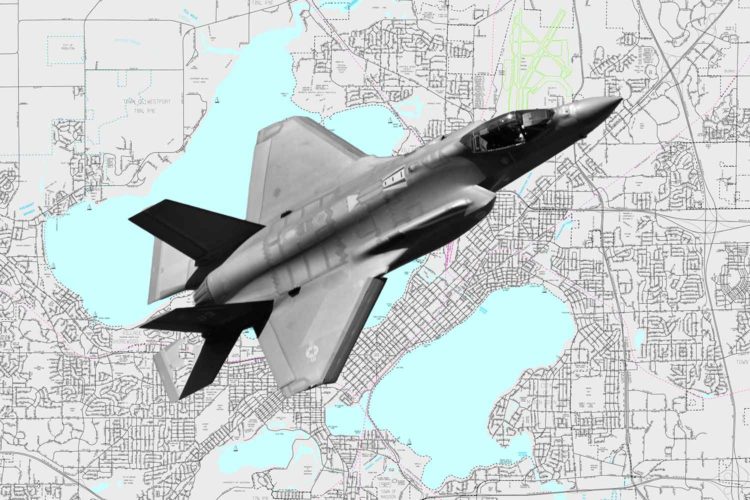 Madison feels the need… the need for speed and also ear-splitting decibel levels.

The U.S. Air Force has selected Truax Field as the new home of the F-35 Joint Strike Fighter, it was announced Wednesday. This comes after months of contentious debate in town. Some see it as a major investment in the 115th Fighter Wing, which employs around 1,200 people. But the F-35 also presents a major problem for those living near the Truax area: ungodly amounts of noise.

Despite assurances from the USAF that the F-35 isn’t that much noisier than the F-16s currently housed at Truax, the reality is far different. The JSF is actually far louder than the Air Force is saying — even dangerously so — and Truax is surrounded by residential areas. It’s been the leading point for those against the F-35, as illustrated by State Rep. Chris Taylor.

Despite the Air Force’s own findings that siting F-35 jets at Truax Field would have ‘significant adverse impacts’ that will disproportionately affect children, people of color and low-income families, they’ve made the unfortunate decision to base the jets in Madison. 1/3 #NoF35

I know our community will continue to pursue all avenues, including legal action, to prevent this ill-advised decision from going forward to prevent the intense harm to our community the Air Force has sadly ignored. 3/3
You can read my full statement here:https://t.co/y6rPILma8S pic.twitter.com/IaPwsPsQ8A

“Despite the Air Force’s own findings that siting F-35 military jets at Truax Field would have ‘significant adverse impacts’ that will disproportionately affect children, people of color and families earning low incomes, they have made the unfortunate and harmful decision to move forward in basing noisy F-35 fighter jets in Madison,” she said in a statement.

Perhaps the worst part of it is laid out in Taylor’s comment: The Air Force, based on its own research, knows the decision will adversely affect a lot of vulnerable Madisonians. (Not to mention the jet itself has a history of unreliable performance, which is super reassuring since its flight path is directly over residential neighborhoods.) I can’t believe I’m already wistful for the F-16s, which were loud enough to rattle my upstairs window on training flights.

So as someone who lives less than a mile from Truax, I’d like to ask: does anyone have a lead on some military-grade earplugs?