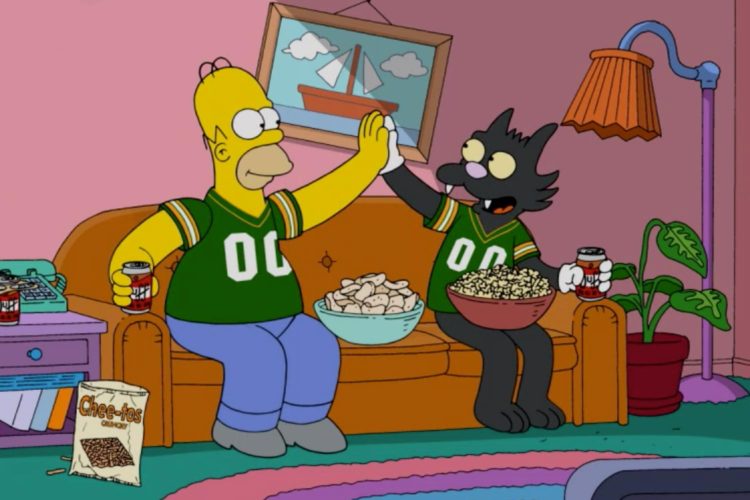 About a decade ago, football fan conversations began shifting from actual team news to fantasy team news. Today, it’s almost as if you need to play fantasy football in order to be culturally literate.

But no matter how deep the dive is into the beautiful and imaginative game, geographical biases linger — especially in a football-hungry state like Wisconsin.

“Homer” picks can have significant influence and domino effect on local fantasy drafts, so we tried to examine trends and offer predictions as to where some directly-affected players might land in your upcoming drafts.

Straddling the line between loyalty and lunacy is that one person who reaches for Aaron Rodgers in the first round. Because there is always one. Rodgers is the consensus No. 1-ranked fantasy quarterback this year, so this person will get less slack than usual. But make no mistake, because it is still a mistake: a QB in the first round is always breaking a golden rule of drafting, and this year should be no exception.

In the case of Fail Mary: The People vs. Seattle, Russell Wilson is guilty by association. And that association will always deter his rankings among those proud but salty Packers fans. If there is anything that Wilson can bring to the table, it’s consistency. He’s remained a top 10 fantasy quarterback throughout his relatively short career (both in length and stature). Coming off a career-high in pass attempts and a career-low in rushing yards, a healthy Wilson will be be a value pick for those in need of a QB in the sixth or seventh round and a reach for those hoping the gates of hell open below CenturyLink Field in 2017.

Given his Badgers and Packers background, you can’t help but root for Scott Tolzien — but it can be cringe-worthy, because he’s not a very good pro. The bulk of his NFL experience comes from a three-game run as Rodgers’ replacement in 2013. Tolzien threw one touchdown pass and five interceptions en route to a 0-2-1 team record and a benching in deference to the corpse of Matt Flynn. Now in his second year with the Colts, Tolzien might start the season opener (and beyond?) due to an ongoing Andrew Luck shoulder injury. If you’re desperate enough to draft Tolzien, this should be your primary reason:

Each time Matt Lepay’s “FOUR… OH… EIGHT” call rings in a flashback tape, fantasy footballers wish they somehow could’ve owned Melvin Gordon on that fall evening in 2014. Wherever the former Badger may land in your draft this year, it would be perverse to characterize it as a reach — Gordon evolved last year from a struggling, fumble-prone rookie to a bona fide every-down feature back for the Chargers. So congrats Cheeseheads, you’re finally drafting someone where he deserves to go.

PPR leagues are where Ty Montgomery will especially earn his stripes as a running back, I mean receiver, I mean running back. In 2016, he exploded through gaps and constantly fell forward on his way to an outstanding 5.9 yards per carry, proving the productivity is going to be there. Make no mistake, he’s still green — but Packers fans are gonna pair that with the gold and draft him early. If that person is you, be sure to grab rookie Jamaal Williams as a handcuff. And if it’s not you, consider Williams in a late round anyway as he could wind up making you look like the league genius. His advantage over Montgomery? Years of experience actually playing running back.

Eddie Lacy’s heavily (keyword: heavily) incentive-based contract with the Seattle Seahawks sort of typifies Wisconsin’s love-hate relationship with the ex-Packer and his four-year journey with the team. Money talks, as Lacy passed his first two weigh-ins to achieve a five-figure bonus each time. He’ll be competing for snaps with Thomas Rawls, whom Packers fans also don’t care about. You might reach for Lacy if you had #FeastMode on your 2013 or ’14 fantasy roster, slipped into a coma, and then came back to consciousnesses this summer (IAN, ARE YOU OK BUDDY?). Otherwise he’ll be dropping down on local draft lists due to a cocktail of spite and ineffectiveness.

A beloved Badger who was robbed of Super Bowl LI MVP honors in favor of an alleged “GOAT,” James White parlayed his 14 catches, 139 total yards and three touchdowns into a nice contract extension with the New England Patriots. ??? Bad news: he’s still a member of Bill Belichick’s historically turnstile backfield. Good news: both health-wise and production-wise, James is New England’s most consistent option, especially given Julian Edelman’s season-ending injury. Especially if you’re in a PPR league, White is likely worth the juice in that late-draft squeeze.

The fateful and clearly super-important preseason game two years ago that saw Jordy Nelson clutching his knee had scarring effects for those who drafted him in the second round literally a week earlier (yeah, I’m still mad). But by the end last season he had fully returned to his pre-injury self, and there’s no reason to believe Nelson is not a top-flight fantasy WR entering 2017. Expect the same level of production and for the 32-year-old to be one of the very first wideouts off the board in Wisconsin leagues. Moral of the story: never schedule a draft in mid-August. Oh, and always eat your Jordy Farm Fresh Flakes.

Davante Adams and his butterfingers have been known to drive Packers fans up the wall, but his fantasy prospects are undeniable. Still only 24 and now solidified as the No. 2 receiver in one of the NFL’s best air-raid offenses, he will be a hot commodity on draft day — and even hotter in the state of Wisconsin.

Creating separation and making defenders miss has been a chore for Randall Cobb the last couple years. Run-pass options and bubble screens now make up the majority of the 27-year-old’s contribution to the Green Bay playbook. That said, while the touchdowns might not be there, Cobb is still a viable PPR play, receiving 6½ targets per game last year despite the reduced effectiveness.

Our very own Tom Whitcomb claims to know of a Jeff Janis third-round selection. That’s dedicated Janis fandom, but it’s year 4 of Janis in the green-and-gold and he’s still competent enough to only run a fly route with a 50/50 shot at actually touching the ball. His time might be up in Green Bay, as will your team’s if he’s your third- (or any-)rounder.

For those that haven’t followed Jared Abbrederis since his Green Bay exile, you can find him on the Detroit Lions’ depth chart in a familiar position — fighting for a job. He’s one of the many great examples of Wisconsin’s walk-on rags-to-riches reputation, but in fantasy football it’s not personal. It’s business. Avoid him, excepting an avalanche of Lions wide receiver injuries.

Martellus Bennett is excellent at seam routes, red zone jump balls and “staying woke.” Taking a chance on him as a value tight end pick would be a “woke” move for you. We saw the damage Bennett did as the primary TE in an explosive Chicago offense a few years back. To me, he’s top 5 at the position in 2017. Target him, as if targeting a 6-foot-6 behemoth is difficult.

Jared Cook departing in free agency left a sour taste in the mouths of Packers fans, at least for a few minutes before the out-of-nowhere Martellus Bennett signing. Nonetheless, one of the most famous catches in franchise history still resonates, and Cook in Oakland offers maybe the best fantasy backup or streaming tight end option out there. Forgive and forget.

Lance Kendricks has the trifecta — Milwaukee native, former Badger, now a Packer. But barring Bennett missing significant time, Kendricks doesn’t present enough fantasy upside to be worth the flier. Don’t draft him unless you’re a Milwaukee King alumnus. Kind of obligatory at that point.

One of general manager Ted Thompson’s better drafts has significantly helped retool a much-maligned defense, specifically the defensive backfield. This could go one of two ways: The #FireCapers crowd, well that’s self-explanatory, but hopeful Packers fans may swear fealty and select the defense regardless. It would be best to wait out a few games, allowing the defense the opportunity to prove itself.

Mason Crosby has a full head of gray hair. Feel old yet? This is his 11th NFL season, and frankly it’s been a fantastic career. Any kicker of a team with as dynamic an offense as the Packers should be owned in fantasy, BUT DON’T BE THAT PERSON WHO STARTS A RUN OF KICKERS FIVE ROUNDS TOO EARLY.