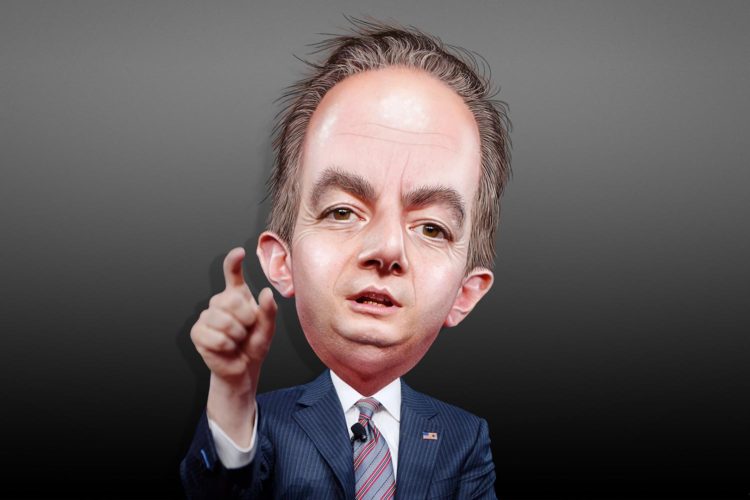 It seems like every week, a new fall guy is tied to the tracks of the Trump Train, doomed to be run over by the barreling mass of hot air. This week, the unlucky victim was White House chief of staff Reince Priebus. But when it comes to Reince Priebus, “unlucky” hardly begins to describe his tenure with the Trump administration.

Priebus, the biggest embarrassment to come out of Green Bay since Geronimo Allison’s tweets, resigned today after a seriously rough week that caps off an even rougher time spent advising the god emperor, Donald J. Trump. Yesterday Priebus got dunked on in The New Yorker by new White House communications director Anthony Scaramucci (who may or may not just be Al Pacino researching a role — my sources haven’t confirmed this yet), a billionaire who called Priebus a “paranoid schizophrenic, a paranoiac” without explanation or apology.

This caps off an embattled (and historically short) tenure as chief of staff for Priebus, who previously served as the chair of the Republican National Committee. Since taking the job in January, Priebus has been dogged by near-constant criticism, including from his former boss.

Trump, who throws around criticism of his own staff like candy at a parade, had reportedly given Priebus until July 4 to make the black cloud over the White House disappear, which — given the administration’s ever-expanding Russian ties — apparently did not happen. But not for lack of trying! One of the primary criticisms of Priebus was his reported micromanagement, which included looming over Trump like a babysitter or shoehorning himself into various White House meetings.

Priebus will be replaced by current head of Homeland Security and retired four-star Marine general John F. Kelly, Trump announced on Twitter (of course) this afternoon. But Priebus will be remembered by future historians as being the definition of “maximum effort,” the gnomish sycophant charged with trying to hold together a White House that appears to have been cobbled together using paperclips, duct tape and some good ol’ fashioned American prejudice.