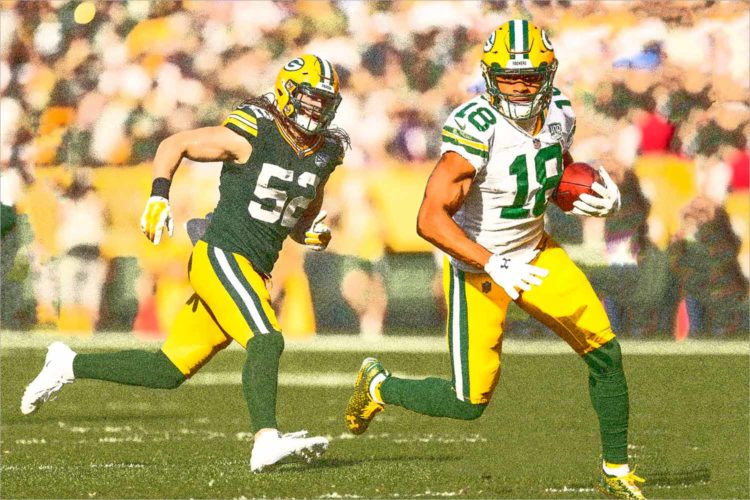 There’s a new era dawning in Green Bay, and with it comes a bit of spring cleaning. Unfortunately, but inevitably, it’s at the expense of two franchise legends.

The scourge of free agency on Tuesday claimed both receiver Randall Cobb and linebacker Clay Matthews III. They will be playing elsewhere in 2019.

Nagging injuries dogged each player in recent seasons, and leaving Green Bay gives them an opportunity for a fresh start. Cobb has signed with the Cowboys on a one-year deal. In Dallas, he will partner with Dak Prescott, one of the game’s more promising young quarterbacks. Matthews, meanwhile, will return home to southern California via a two-year contract with the Los Angeles Rams.

As a fan, it’s sad to see the pair go. But also as a fan, it was past time. Cobb had one of the league’s worst contracts, and Matthews hasn’t been himself since 2014 (that’s when he posted his last double-digit sack season). Yes, I was a fan of both players — Cobb especially — but I also understand that keeping two aging guys who aren’t performing anymore is stupid. It’s a business, after all.

(Though I will not get a Randall Cobb Cowboys jersey. Not even if there’s a fire.)

That said, let’s look back at the good times, as these two players were integral parts of the team’s successes over the last decade.

Cobb, for one, was one of Aaron Rodgers’ favorite targets. During their time together, the slot receiver caught 41 touchdowns on 470 catches. He made the Pro Bowl in 2014, when he racked up a career-high 1,287 yards receiving. Though short in stature, his combination of speed and physicality often proved to be an x-factor for the Packers over the years. Cobb clearly left an impression on Rodgers:

“I have to remind myself that some birds aren’t meant to be caged…And when they fly away, the part of you that knows it was a sin to lock them up does rejoice. Still, the place you live in is that much more drab and empty that they’re gone. I guess I just miss my friend.” #friendship #teammates #brothers #Packers

Meanwhile, Matthews’ departure likely falls somewhere between Cobb and Jordy Nelson on the “fan hysteria” spectrum. Despite his popularity with fans, the L.A. native never really seemed to gel with Green Bay’s earthy atmosphere. But that didn’t stop Matthews from cementing his place among the team’s all-time greats. The linebacker was a six-time Pro Bowler with 83.5 career sacks (the most in team history), hundreds of monster tackles, and one a Super Bowl ring with the team in 2010.

Matthews did not receive a movie quote about friendship by #12, so I’ll do the honors here, courtesy of 21 Jump Street:

“Pop Quiznos: What do you get when lithium batteries react with potassium nitrate? That would be a covalent bond, brother. That’s when two atoms share electrons. They both need what the other one has, and that’s what makes them stick together.” #friendship #teammates #brothers #Packers

Unfortunately, these atoms are no longer sticking together. When they were good, Matthews and Cobb were great. But all things must pass. If the Packers want to move forward, they must look forward too, rather than make due with what’s in the rearview.