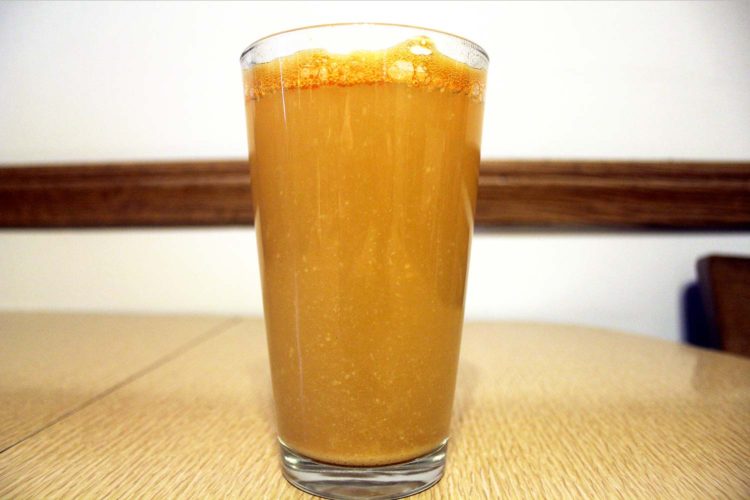 When the Food Network Magazine recently created cocktail recipes inspired by every NFL team, I don’t think they set out to troll entire fan bases. (Unless, of course, you consider the fact that there’s only 26 cocktails in the slideshow but 32 teams. Sorry N.Y. Jets, San Francisco, Seattle, Tampa Bay, Tennessee and Washington.) But the cocktail they came up with for the Green Bay Packers can only be considered a terrible troll — until you realize it perfectly sums up the team’s 2017 season in one sludge-filled, disgusting glass of inadequacy.

I imagine these cocktails were dreamt up by a Food Network digital media intern for two reasons: there’s no byline on the slideshow, and most of the ingredients are what you’d get when you sat someone down and played food word association with NFL city prompts. What did the intern associate most with Green Bay? Beer, brandy and for some reason Cheez-Its, probably because it was too difficult to come up with a way to put actual cheese into a drink.

So while I imagine the poor unpaid intern didn’t actually think anyone would create the “Cheese Head,” the temptation to make what was clearly a trainwreck of a drink was too strong. I figured it would be bad, but I thought that just maybe it would surprise me.

The recipe is simple: Soak Cheez-Its in apple brandy for 30 minutes, mash and strain. Then add a pinch of salt and a can of beer. The first problem: I have no apple brandy. I debated getting a bottle of Calvados, then realized how stupid it would be to waste it in this thing. I settled on plain old brandy, deciding that whatever kind of apple-cheese pairing the intern intended wasn’t going to work anyway. 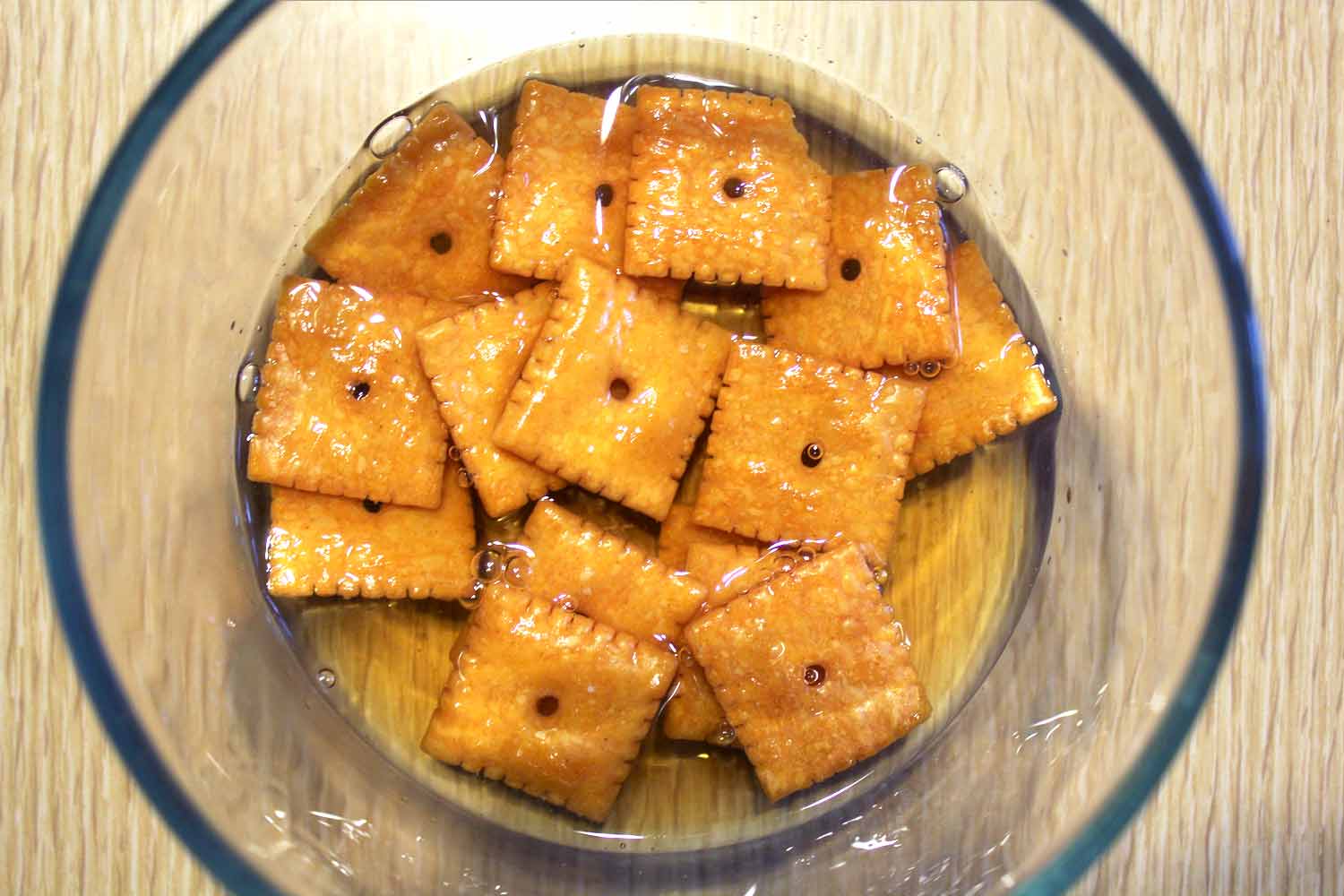 I poured the measured brandy over the Cheez-Its in a small bowl and set a timer for 30 minutes. I already felt kind of dirty. When the time was up, I mashed them with a fork into a loose, grainy paste.

Next came straining, with instructions to press the mush into the fine mesh, extracting as much brandy as possible. Except that you need a really fine mesh or a few layers of cheesecloth to catch all the mush, so a thick layer of gooey sludge lay at the bottom of my serving glass. If I didn’t know any better, by looks alone I’d say it was the start of some kind of creamsicle cocktail. 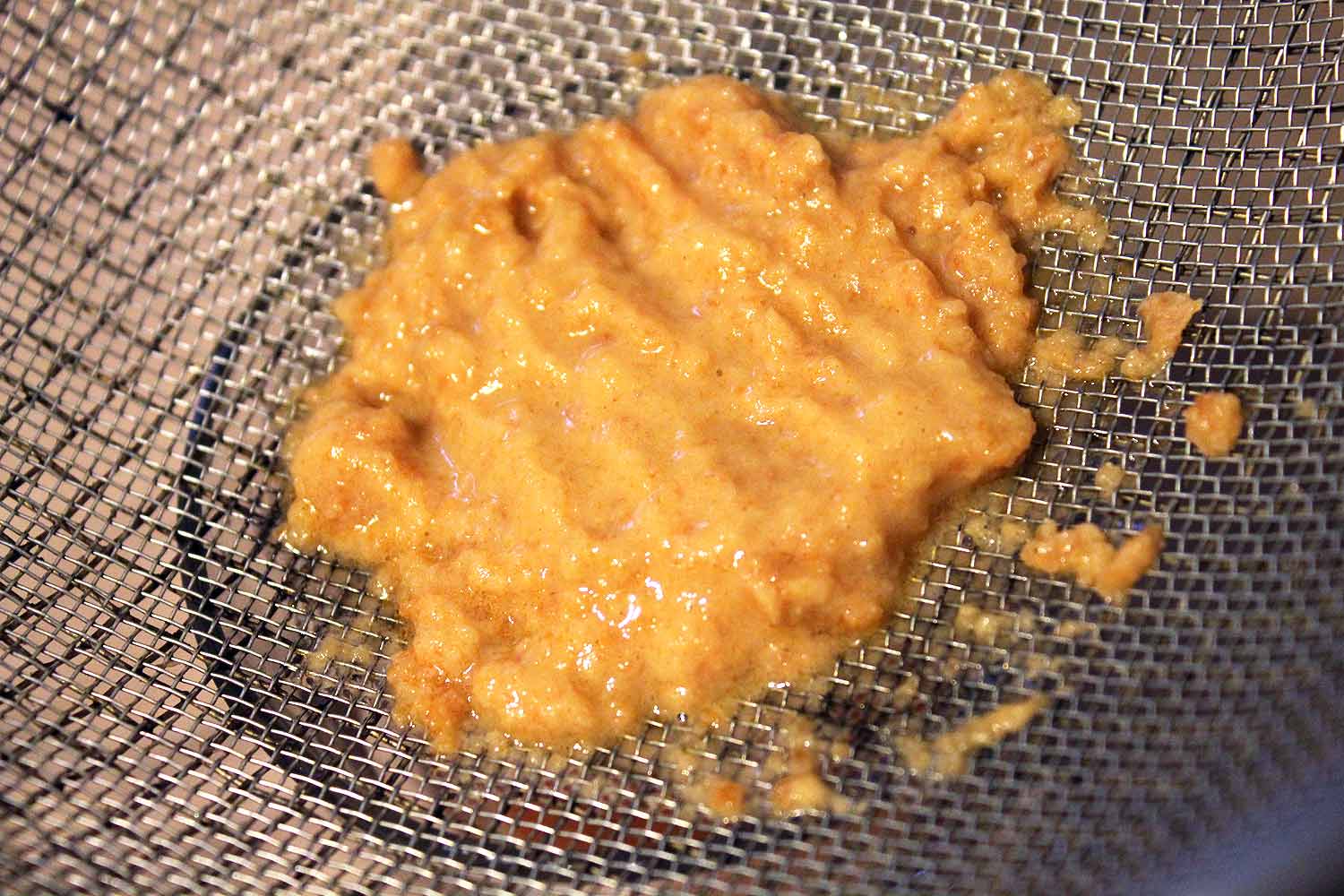 I added the pinch of salt — I just soaked salty crackers in here, why am I adding salt? — and the can of beer. I used Coors Light, because really, I’m not going to use anything good. What happened in the final drink was equally unnerving, fascinating and weirdly familiar. The cracker sludge did two things: created large, bubblegum-like bubbles in the head, and continually moved up and down the glass thanks to the carbonation. All of the crackers’ artificial color floated on top like an oil slick, reminiscent of a pack of Emergen-C. The conveyor belt of cracker goop alternately floating to the top of the glass and then quickly sinking was like repeatedly watching the play where Aaron Rodgers shattered his collarbone. 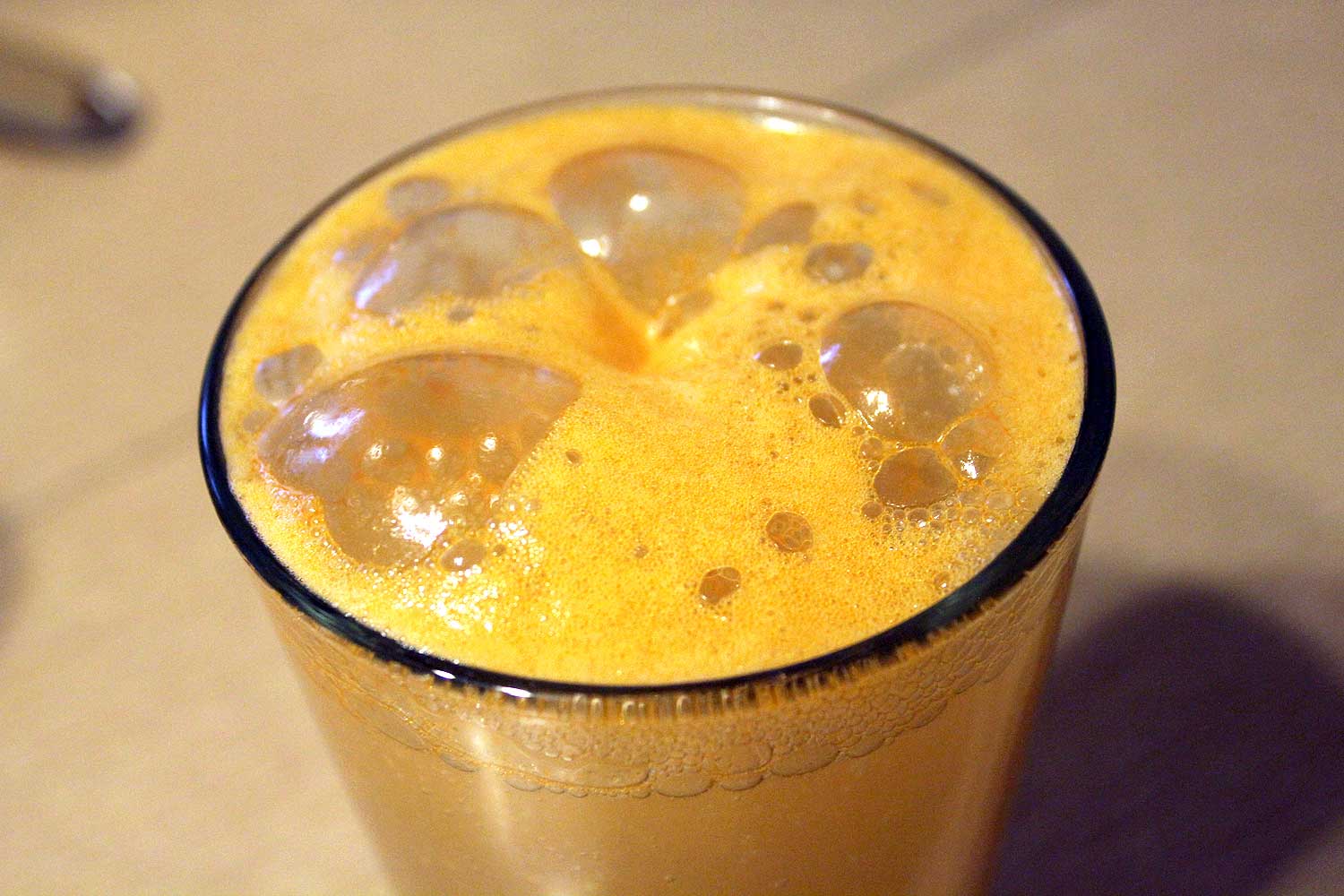 It tasted like shit, as you’d expect. The Cheez-Its really only lent a vague cheese aftertaste, making the final drink taste like it came from beer lines that haven’t been cleaned in a few years. It was bitter and disappointing, just like the Packers season.

So thank you, Food Network intern, for creating a drink recipe that perfectly encapsulates Packers fans’ feelings as we head into Super Bowl season. Next year, let’s hope our drink will be called the Old Fashioned Win, garnished with a big, shiny ring.