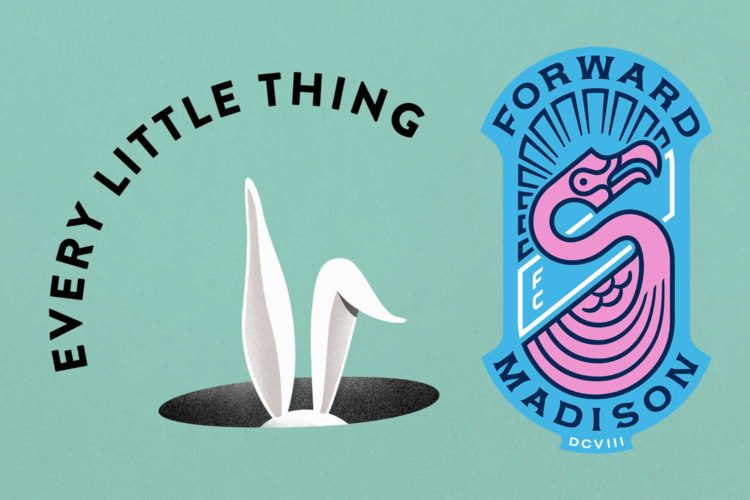 Soccer fans in Madison aren’t the only ones going full ’mingo.

Every Little Thing, a popular Gimlet podcast, has a bit of a fascination with flamingos. Did you know they can drink boiling water? I learned this little nugget via ELT. In fact, the hosts of ELT have been pushing the idea of the flamingo as a sports mascot for some time. Now that there actually is a pro team that uses the ’mingo, it only made sense for the podcast to talk about it.

Kuba Krzyżostaniak, director of fan engagement for Forward Madison FC, appeared this week on an episode of ELT to discuss the origins of the club’s logo. He says other teams throughout history “missed the boat” when it comes to flamingo representation.

Krzyżostaniak goes on to talk about the flamingo’s history in Madison and some of the backlash the team received for using pink as a primary color. (The subject of this ELT episode is the history of pink and blue as gendered colors.) It’s a pretty fun listen. Until it turns adversarial, that is.

When Lichtman finds out that Forward doesn’t actually have a person in a flamingo suit as their mascot, she goes (comically) nuclear. Krzyżostaniak says the team intended to get someone in a suit for this season, but it never coalesced. Instead, they adopted Lionela Bessi, a baby dairy cow. And Lichtman, who lives that flamingo lifestyle 24/7, was not having it.

“You’re telling me that even though you have flamingos all over your jerseys, your mascot is a baby cow?” Lichtman chides.

This, of course, is wildly unfair to Lionela Bessi, who is an extremely good cow. You leave Lionela out of this, Flora Lichtman!

The Forward Madison FC segment starts around 23:45. The Flamingos’ next home game is June 15 against FC Tucson at Breese Stevens Field.