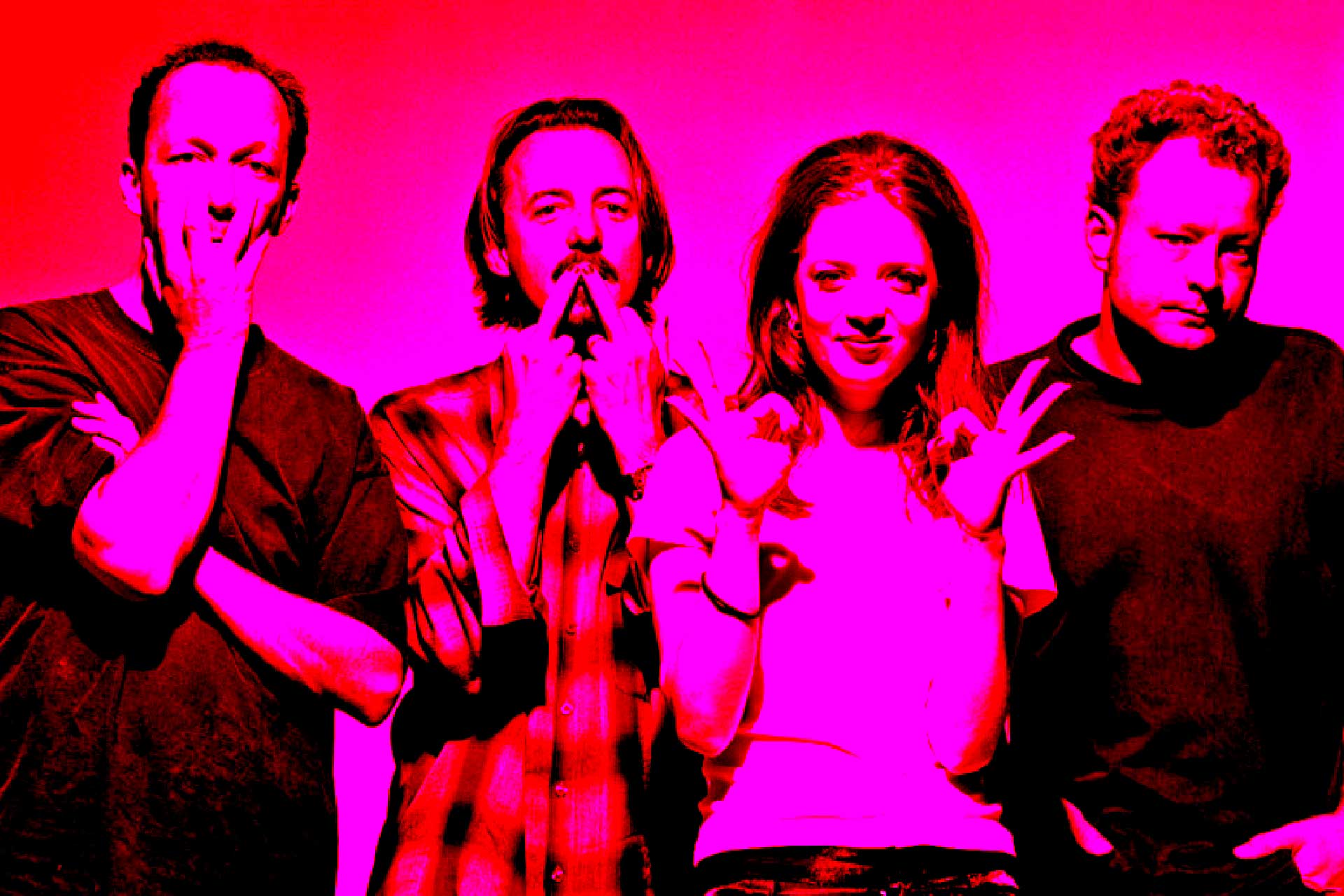 Madison has a vibrant, diverse music scene that spans more genres than I can even organize in my feeble brain. That said, very few artists within it have ever sniffed the level of success Garbage has.

Platinum-selling and Grammy-nominated, the quartet sit alongside Justin Vernon and Co. in the upper echelon of Wisconsin pop music. Formed in 1993 by superproducer Butch Vig, Garbage is an outlier among other bands of that era, playing radio-ready alt-rock that was shot through with elements of trip-hop and electronica. Their music was aggressive and primal, but it was also surprisingly sophisticated. And their self-titled debut — which featured the monster hits “Stupid Girl” and “Only Happy When it Rains” — is one of the essential albums of the 1990s.

“Madison felt very connected to Garbage, so it was a huge deal for everyone,” says Wendy Schneider, a local musician who worked at Smart in the early ’90s, later opened her own studio (Coney Island) and wrote, directed and co-produced the 2016 documentary The Smart Studios Story,

“Like Cheap Trick is to Rockford, Garbage is to Madison,” she tells The Bozho.

This year, Garbage the album turns 25. It’s a milestone anniversary for our hometown heroes, and it also means the group is now eligible for induction into the Rock and Roll Hall of Fame. So it seems fitting to take a look back at the record that launched them into the stratosphere, one Rolling Stone described as “the product of brilliant misunderstandings.”

Even before Garbage, Bryan David “Butch” Vig was a towering figure not just within Madison music but in rock music in general. The Viroqua native was the co-owner and operator of Smart Studios, a small space on East Washington Avenue with a serious track record. Vig is probably best known as the producer of Nirvana’s groundbreaking Nevermind, and the haunting track “Polly” was recorded at Smart. Gish, the Smashing Pumpkins’ debut, was also a Smart product.

Before that, Vig was also a well-known drummer in the area, having played in bands like Spooner and Fire Town. And a 1994 profile of the musician — published by Rhythm, a weekly co-production of the Wisconsin State Journal and then-daily The Capital Times — mentioned that he had formed a new band called Garbage with Smart co-owner Steve Marker, Spooner’s Duke Erikson, and a Scottish singer named Shirley Manson.

“We wanted to work with a female singer and write these dark, ambient pop songs which are kind of industrial and have a kind of low-fi trashiness to them,” Vig said.

Marker was a bit more blunt: basically, Garbage was meant to be a counterpoint to modern rock.

“A couple years ago,” he told The Capital Times in 1995, “Butch, Duke and I were sitting around and we decided if we hear one more band with some guy yelling, we were going to scream.”

Shirley Manson was hardly “some guy yelling.” Formerly of the band Angelfish, she was invited to collaborate by Vig, and after an initially shaky meeting (as told hilariously here by Manson herself) she joined Garbage full-time. And for as influential as Vig is and has been, it’s Manson’s kinetic, distinctly feminine energy that defines the band.

Besides, Vig already had Nevermind under his belt; Garbage would be Manson’s star-is-born moment.

Dirty up your mind

Like the band’s next several albums after it, Garbage was recorded at Smart. It was an instant success upon its release on Aug. 15, 1995, debuting at No. 193 on the Billboard 200. (And it’s now certified double platinum in several countries.) The record stood out among a sea of yarbling, post-grunge footnotes thanks to its interfusion of electronics and Manson’s sultry, seductive vocals. When she croons on “Supervixen,” the opening track, that “you can always pull out if you like it too much,” the flame-haired Scot super-glues your ears to the next 11 songs.

“When we started writing lyrics, we tried to write a lot of them from a woman’s perspective and I think, initially, some of them were a little pretentious,” Vig told the British press in 1994. “But as soon as Shirley came on board she simplified the lyrics so that they were a lot more subtle and worked better as songs.”

One of Garbage’s greatest successes is that despite being put together by three dorky dudes from Wisconsin, it’s a pivotal moment for female-fronted rock bands. Manson herself saw it as a way to reclaim the way women were approaching music in the 1990s. It could be sexy, sure. But she was out to prove it didn’t need to be.

“I’d much rather sing a kind of universal lyric than ‘I’m a woman and this is how I feel about my fanny’,” she told The Capital Times in August 1995. “I totally respect women who do that, but I think the path has been cleared for women who don’t wish to be a purely female voice.”

And it turned out Manson was one of the most dynamic frontpeople in rock history. There’s a mix of buoyancy and darkness to her that has supercharged Garbage’s songs. Wendy Schneider calls her “an extraordinary mystery.”

Says Schneider: “Shirley’s energy, voice and strength gave a power to the four-piece that would not have happened with anyone else.”

The world is not enough

On March 14, 1996, then-Mayor Paul Soglin declared it to be “Garbage Day” in Madison. That night the band played a sold-out concert at the Barrymore Theatre, their first hometown show. The city’s affection for the band has hardly diminished over the years; in 2018, it was one of the first bands to perform at The Sylvee.

Garbage’s influence on the modern landscape isn’t difficult to find. Anywhere you see a musical artist going off the beaten path sonically without losing their hooks, you’ll find Garbage’s fingerprints. Better still, Garbage never really went away. Version 2.0 and Bleed Like Me were every bit as lauded as their debut, and in 1999 the band provided the theme song for the James Bond film The World is Not Enough. That’s legitimately impressive for a band from an isthmus in south central Wisconsin. (And side note, Pierce Brosnan is the best Bond. Don’t @ me.)

Their sixth album, Strange Little Birds, was released in 2016, and it was every bit as dark and thrilling as listeners had come to expect from the quartet. In her review, A.V. Club critic Annie Zaleski said: “Garbage’s sound has always been futuristic — it’s what’s helped the band endure and stay relevant. But 20-plus years after forming, each band member is still fired up to mine new sounds and approaches for inspiration.”

And though the coronavirus pandemic has upended Garbage’s anniversary plans — including a tour with Alanis Morissette, whose Jagged Little Pill is also 25 — the band is still charging forward. Their seventh album is currently in the mixing stage and is due out next year, and Shirley Manson says they’re “restructuring our business and changing the way we release records.”

Stepping off the beaten path on the road to evolution? Sounds like Garbage to me.