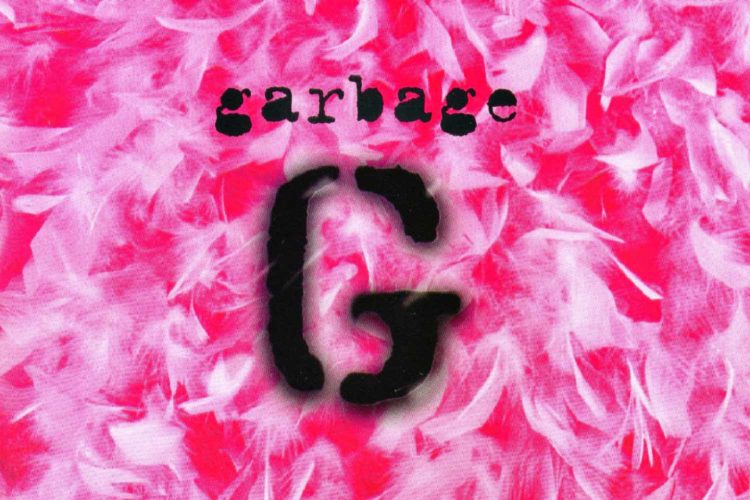 I’ve spent the past week knee-deep in Garbage.

With the Madison band’s eponymous 1995 debut celebrating a milestone anniversary, I’ve taken it upon myself to listen to it. A lot. And even if I’m not going through the full album, I’m cherry picking tracks and playing them on repeat. Even after two-plus decades, Garbage still slaps pretty hard.

Garbage’s first album came out only one year after Nirvana leader Kurt Cobain’s suicide. Grunge was devolving into unmemorable butt rock, and the pop punk boom of the early 2000s was still a few years away. Garbage was a breath of fresh air for a radio rock landscape in deep need of one.

And making it fresher still is the fact that Garbage co-founder and drummer Butch Vig — who famously produced Nirvana’s Nevermind — could easily be considered the architect of the grunge movement. Garbage is a direct response to the aggro, grumbly dude bands that populated alternative nation. The fact someone so deeply ingrained in the genre could shuck it completely is an impressive feat. Garbage’s debut is one of the unheralded classics to emerge from the 1990s, but I personally don’t think it gets anywhere near the recognition it should.

Let’s remedy that by digging through Garbage, track-by-track.

I’m a sucker for side one/track ones (S1T1). Most of my music consumption takes place on the 15-minute drive to and from work, so I end up spending a lot of time with the first few songs on an album. “Supervixen” is an exceptionally good one, built on Duke Erikson’s and Steve Marker’s sputtering, buzzsaw guitars and Butch Vig’s propulsive drumming. (It could be considered a cousin to Queens of the Stone Age’s “Turnin’ on the Screw,” another great S1T1). It’s a perfect introduction to the band sonically, especially considering the song’s lyrical content. Shirley Manson calls herself “a falling star that you cannot live without,” punctuating the song’s lusty, almost sinister tone. This is a path Garbage would continue to walk throughout their career, though never with the same succinct nature of “Supervixen.”

“Queer” is probably my favorite song on Garbage, and also my favorite Garbage song in general. It’s a representation of a lot of the band’s dreamier influences, like The Cure and Manson’s fellow Scots, Cocteau Twins. Garbage has always been adept at toeing the line between straight-forward alternative rock and more esoteric goth influences, and “Queer” serves as a cross section. Credit can go directly to Manson, who opted to push the song in a gentler direction than Vig had originally demoed. And it’s also got a fun Madison connection: drums on the song are played by the late Funky Drummer himself, Clyde Stubblefield.

“Only Happy When It Rains”

Garbage and Rage Against the Machine may not have much in common to the naked eye, but both bands are untouchable for the first three tracks on their respective debuts. Like Rage’s self-titled LP1 (“Bombtrack” to “Killing in the Name” to “Take the Power Back”), Garbage swings for the fences early on. And the third song, “Only Happy When it Rains,” is arguably the album’s most recognizable and its thesis statement. Vig has said the song was a counterpoint to the melancholy of grunge, taking a tongue-in-cheek swipe at the sort of music that incidentally led the drummer to notoriety. So I guess that’s another Rage comparison that fits: “Only Happy When it Rains” is a sonic act of protest.

“As Heaven is Wide”

Part of Garbage’s charm is their unapologetic goth streak — and this song achieves Dravenian levels of goth-itude — but “As Heaven is Wide” could very well be considered satanist rock. Not in the panicky, heavy-metal-is-evil way that lands innocent people on death row, but in a manner that actually embraces one of that religion’s core tenets: an antidote to religious hypocrisy via personal expression. “As Heaven is Wide” is about “voyeurism, hedonism, perversion, obsession and the art of self-destruction,” according to Vig, and the way they go against the grain of organized faith. In short, it’s very much a Garbage song.

Sorry, Shirl, but this is my idea of a good time. “Not My Idea” is a fine example of a mid-album track that is good, bordering on very good, but not great. It establishes a dream pop ambience before the duo of Marker and Erikson quickly pop the bubble with spiky guitars laid over glitchy electronics. “Not My Idea” embodies the band’s experimental playfulness without losing their sense of melody.

“A Stroke of Luck”

I’m gonna bring back my “Dravenian” descriptor, because “A Stroke of Luck” straight-up feels like something off The Crow’s soundtrack. (Incidentally, the Butch Vig-produced Helmet song “Milquetoast” does appear there.) With its undulating, dark tone, “A Stroke of Luck” finds Shirley Manson asking whether a particular relationship is “the hand of fate or the devil’s claws.” Lyrically, it strays a little too close to melodramatic teenage diary vibes, but the fact that it’s also one of Manson’s best vocal performances helps make up for that.

This mid-album track was the first single, released several months before the album and thus served as some people’s first taste of the band. “Vow” finds Garbage going proto-emo, opening to Manson’s sung-spoken lyrics about “tearing your little world apart” and Erikson’s and Marker’s swirl of stuttered, buzzy guitars and keys. Look, I might be a mid-’00s emo kid at heart, but I can’t help but compare “Vow” to Taking Back Sunday, especially in the Louder Now era. I can easily see Adam Lazzara screeching out “I came to shut you up / I came to drag you down” in front of a Warped Tour crowd somewhere in the middle of suburban America whilst swinging his mic like a windmill. But “Vow” is a quintessential Garbage song, particularly because it’s the reason they ever went on tour in the first place: the band had never actually played live before shooting the music video.

This is actually one of Garbage’s biggest hits (it was even nominated for two Grammys), which is kind of funny because it doesn’t really do it for me. It’s a good song, don’t get me wrong. But I think the other singles, particularly “Queer” and “Vow,” are more deserving of those accolades. I don’t know, I’m probably wrong here. I was only four years old when Garbage came out, after all. But when I listen to the album, “Stupid Girl” is a song I usually find myself skipping over, though that’s not unusual for singles — sometimes repetition dulls them. It just seems to lack the spark present on the rest of the album.

Ditto for “Dog New Tricks.” Another middle of the lineup song that would be similarly meh were it not for the chaotic nature of the composition, “Dog New Tricks” is Garbage throwing everything at the wall and seeing if it sticks. It doesn’t always, but the group’s fearlessness in trying makes for a compelling listen.

“Send me an angel to love,” Shirley Manson croons on “My Lover’s Box” (which is almost certainly a euphemism). But the song as a whole makes it sound like Manson’s idea of love is dismembering her paramour and keeping them in a box under her bed. It’s brutal and a little confusing, but fairly on brand for a band from Wisconsin. This is the home of Dahmer and Gein, after all. It’s heartwarming to see how quickly our favorite Scot fit in.

Built on a sidewinding riff, “Fix Me Now” sees Shirley and the boys finding their rhythm just in time to close the album on a strong note. Their always-welcome trip-hop experiments underline fuzzy guitar rock, with a chorus that bursts with cinematic ambience. It’s a great song, but what’s especially interesting about it is what it almost was. The original title of “Fix Me Now” was actually “Chris Cornell,” a nod to Manson’s “obsession” (her words) with the Soundgarden frontman. Apparently there’s a demo of it floating around out there somewhere, and I think I speak for everyone when I say: Shirley, Butch, Steve and/or Duke — if any of you are reading this, please give us “Chris Cornell.”

The final song released as a single is also the last song on Garbage. Manson’s soft and ethereal vocals float over Duke Erikson’s hypnotic organ, all grounded in a syncopated drum rhythm. What I really like about the use of “Milk” as a closer is that it almost works as a cliffhanger moment. “I’m waiting for you,” sings Manson as the song steadily builds before drifting off into the ether just as quickly. By the time “Milk” reaches its final notes, you realize you’re not actually ready for the album to end. But then again, it wouldn’t be Garbage if they didn’t throw you a few curveballs.