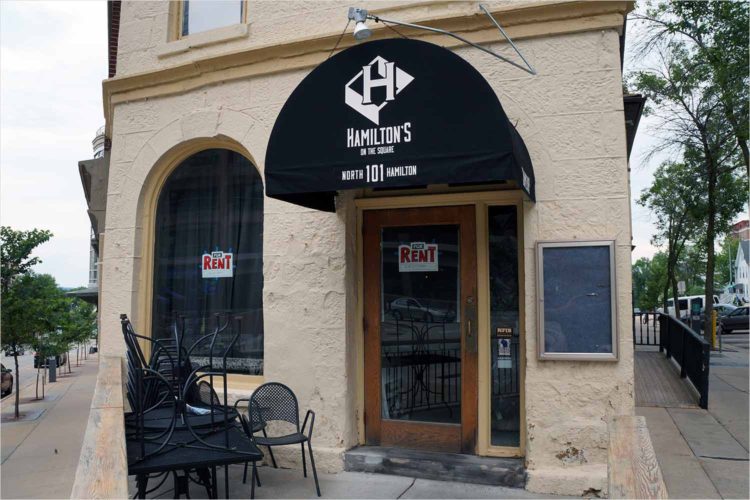 Hamilton’s on the Square has closed, the Wisconsin State Journal reported this morning.

The fine dining restaurant at 101 N. Hamilton Street had an “uphill climb” after its opening in 2015, battling other new food spots for attention while dealing with the abrupt departure of Rob Grisham, its first executive chef.

Grisham left to launch Isthmus Dining Company, a project that takes meals to people’s homes and other locations for a night, like a pop-up restaurant. It’s basically in-home meal planning, except you don’t have to do any of the work yourself.

Despite a new head chef and a restructured menu, Hamilton’s was unable to stay afloat. Owner Josh Kregness did not respond to inquiries from the State Journal, but landlord Scott McCullough shared that the restaurant officially closed June 30 with three years left on the lease.

Home to The Blue Marlin for three decades, the building’s been in McCullough’s family for 140 years. He says there’s been some new tenant interest already. “Hopefully we can get another good restaurant in there,” he told the paper. Luckily for McCullough, it’s a solid two blocks from Soglin zone.