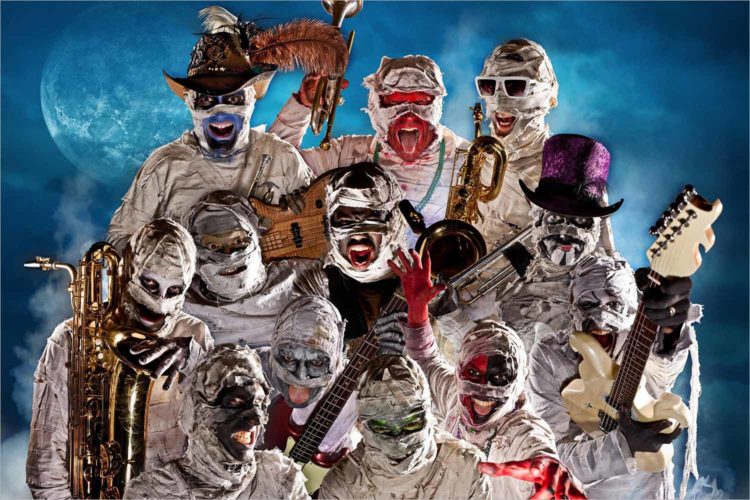 They may be undead, but for now Here Come the Mummies’ plans to play in Madison this week are regular dead.

The Nashville-based funk band is postponing their July 19 date at Live on King Street, it was announced this morning. One of its members “has been in an accident and sustained a few injuries,” though thankfully none are life-threatening. According to a post on the band’s Facebook page, it’s guitarist/lead vocalist Mummy Cass. Because Here Come the Mummies really commit to their act, we don’t know who Mummy Cass is; we don’t know who any of them are. (Someone please call Brendan Fraser to help solve this mystery!)

The band will instead return to Madison for a rescheduled Live on King Street on Aug. 23. Meanwhile, their openers — The People Brothers Band — will still perform a free show as scheduled on July 19, albeit inside the air conditioned Majestic. And that might be an upgrade, given that temperatures are expected to reach almost 100. So there’s still no reason to stay home.

This marks the second postponement for Here Come the Mummies in as many weeks, as they also dropped out of Fort Wayne, Indiana’s Three Rivers Festival. That date was rescheduled for October, two months after we get our night out with the Mummies. So take that, Hoosiers.

In the meantime, here’s a video of the band covering Portugal. The Man’s “Live in the Moment.” Weird recognize weird.