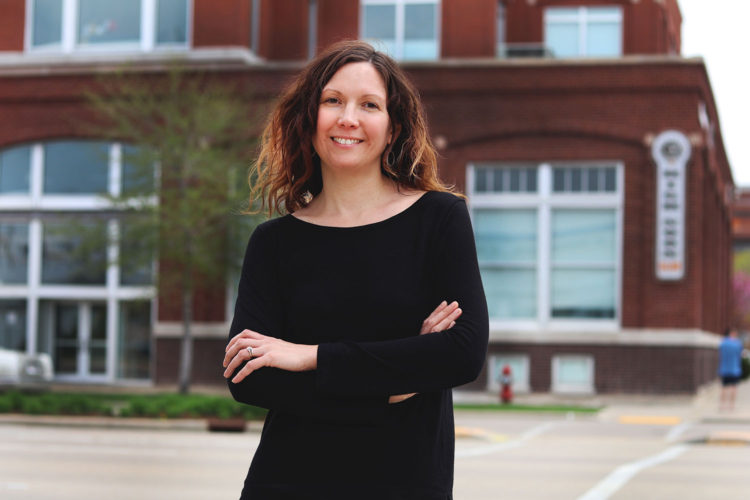 After decades behind the scenes of Madison’s live music industry, Cathy Dethmers is ready to take her bow. On May 1, the owner of the High Noon Saloon will hand over the reins of her beloved music venue to Frank Productions, ending a career that began in Madison more than 20 years ago at the legendary punk and grunge club O’Cayz Corral. In advance of an April 30 event celebrating her contributions to the city’s music scene, The Bozho sat down with Dethmers to discuss how her career has changed over the years and what she has planned next.

So it’s been about two decades [since you got your start in the music industry]?
I first opened O’Cayz in ’94… I had just turned 22.

I’m trying to think of what I was doing when I was 22, and it was pretty much nothing. What were the challenges of opening or taking over your own business at that age?
Well, I just had to learn everything from scratch. I hadn’t taken any business classes or anything, so I spent a lot of time that prior summer in the library — since the internet was also not really that much of a thing — just trying to talk to other small business owners and lawyers and professionals who could just kind of guide me in the right direction on stuff. But a lot of it was just kind of like, hold your nose and take the plunge and see how it all works out.

What motivated you to buy O’Cayz?
I got a job bartending [at O’Cayz] when I was 19 and I worked there for a couple of years going through college [at the University of Wisconsin–Madison], and it was very haphazardly run. I only met the owner one time the whole time I worked there. I showed up for work on New Year’s Eve right before my last semester of school and was told when I got there that it was closing the next day, which to me was not only devastating because I was losing a job, but it was like my second home there. I was getting a cultural anthropology degree, which I had zero plans to do anything with, so I kind of right away started thinking about what would it take for me to open the place back up and how could I do it. So as I was finishing school I was thinking a lot about that, and then spent that whole summer just working on making that happen.

You had such legendary bands there. Can you tell us some stories about that?
God, it was such a long time ago. It was such a different time then; how people experience shows and how they found out about them. Something that happened really frequently is just being totally surprised by how awesome a band was because you couldn’t vet them in advance online. If you didn’t hear about them from a friend or read about them in some sort of music publication, you just had no idea. That’s what was super exciting to me about live music. We’d book somebody that seemed really cool but nobody really knew them. Maybe there’d be five people at the show and it would be the best band I’d seen all year. And that kind of thing happened over and over, and some of those bands went on to be really huge. I mean, we didn’t have that exact experience with White Stripes, but certainly the fact that White Stripes even played there a couple of times is ridiculous. [Laughs.] I mean, it was a super small venue, and those shows were not sold out. Those are good memories to have.

How is it different now, in terms of people coming out to shows? Now that we do have the internet, how has that affected the live industry?
I just think there’s less of that excitement — or less surprise, for sure. It’s really, really rare that anybody comments later, “Whoa, that was awesome, and I had no idea.” I mean, occasionally you’ll get that about an opening band if somebody doesn’t do their thorough research in advance of the whole show, but you just see less of that kind of reaction to music anymore. And I think that’s sad. It makes the audiences less mixed in some ways because people know the kind of music they like and they check it out in advance to make sure they like it. One thing about O’Cayz was anybody could be there for any night and it was just like a total hodgepodge of different types of people… because, you know, it was just people who liked live music rather than people that liked this band.

Operationally, how are things different with High Noon in terms of booking and finding acts to play here?
Well, it’s night and day just because of the internet. Back in the day, people would send cassette tapes and sometimes CDs and we would camp out at the bar and just listen to them and write reviews down on paper and then maybe give them a call on the phone. Now almost none of that ever happens. It’s like, you check out their Facebook, you check out their ReverbNation, you check out their Bandcamp and then you email them back. You have really no personal connection with most of the bands unless they actually play here and you meet them.

You sound really nostalgic.
Yeah, obviously it’s just different and it’s fine the way it is now — it’s just the way it is. But there was just more personal connection on all levels. It’s just an exciting part of the process of live music just being in the moment and connecting with other people, whether it’s the band or strangers in the crowd that you’re having this awesome shared experience with. I think a lot of that’s lost, and that’s just a bummer.

Is that part of the reason why you’re moving on?
No, not really. I guess there’s a slight veneer of feeling jaded and disillusioned by the way things are where I’m like, I don’t feel as totally psyched about what I’m doing anymore. It feels a lot more rote and just kind of going through the motions than it used to because I have a lot less personal connection in every aspect of it. Part of [why I’m leaving is] just my life because now I have two young children, and so I can’t be here every single night connecting with the people that are at shows they’re obviously enjoying and want to be at. That’s the part of what I always loved about the business in the very beginning and really until now. In reality what I’m doing is I’m throwing a party every night, and I would like to actually be at that party and enjoy it instead of just going through all of the painstaking details of making it happen. So, on that personal level, that is a big reason why I’m leaving. I can’t manage both family and this place the way I’d like to. … I’m missing out on the parts of this business that I love the most, so that makes it easier to step away because I’m already kind of removed from my passion about the place.

Madison has such pride about its music scene, and now it seems like some people are a bit freaked out, thinking that some of those smaller bands might not have the same access to exposure. What do you think?
That was a huge consideration of mine in finding a buyer, that they would respect the mix of things that we do here. Make sure the local scene is still a big part of it, make sure that, even beyond music, the community events that we do like Nerd Nite and Pundamonium and just all the random stuff we do still has a home. And the Franks totally understand that and they admire that about this place, and they want it to continue. They’ve assured me over and over and over again that that’s the plan.

How does it feel to see the outpouring of love and support — you’re such an important figure in the music industry here — how does that feel?
It feels good. [Laughs.] It’s humbling, slightly embarrassing. It’s cool. I started doing this because I cared about it and it meant something to me, and it’s really awesome that it has also come to mean a lot to other people, too. In a way it goes back to what I was saying: I just feel like I’m throwing a party every night and that everybody’s invited, and that’s what I love about it. So it’s very gratifying to know that people are enjoying coming to those parties when we keep doing it.

Do you still plan to be involved in music in some way? What’s next?
I don’t have a specific plan other than parenting my children full on and with focus for the first time. [Laughs.] And then I don’t know. I’ll always be a huge music fan. I play music, and I hope to do more of that when I actually have time to do it. I can’t see myself ever walking totally away from the scene.

I don’t think they’re going to let you.
Yeah. [Laughs.] I mean, in terms of a job, I don’t have an immediate plan, and I don’t know if it would be in the music industry or not.

As you make your exit, are there any bands where you’re like, “Ah, this is my holy grail, and it didn’t happen”?
Not really.

You got ’em all?
I mean, I can’t say I got ’em all, but there’s nothing where I’m going to feel lasting regret over. I mean, my favorite band for a million years has been the Melvins, and they’ve played here a bunch of times, so it can’t get much better than having your very favorite band play your own club.

This interview has been condensed and edited for grammar and clarity.