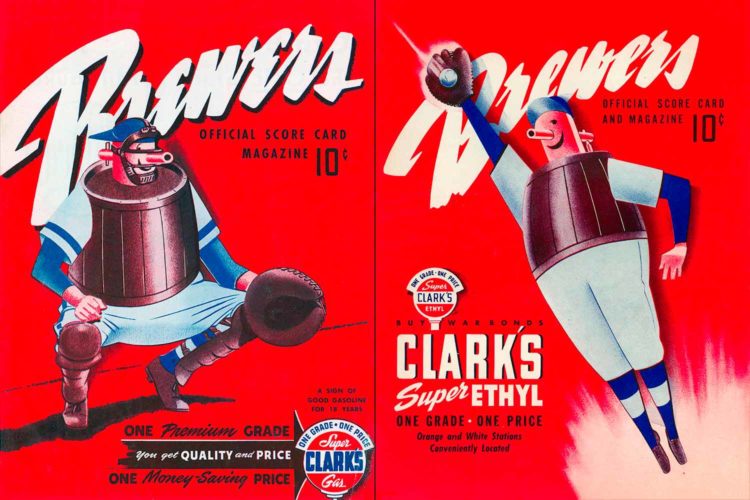 The Milwaukee Brewers begin a new season today. After coming one win shy of the World Series last fall, they’re expected to be one of baseball’s best teams again this year.

But which Milwaukee Brewers, exactly?

A click on the ol’ disambiguation link on Wikipedia shows that today’s club is one of several baseball teams throughout history to carry the moniker. The best known one — our Brew Crew — actually began life in 1969 as the Seattle Pilots. The Pilots played one season, finishing at the bottom of the American League, plagued by ownership squabbles and financial woes.

Bud Selig, a former minority owner of the Milwaukee Braves (which had packed up for Atlanta in 1965), acquired the fledgling expansion club in bankruptcy court. He moved the team to his hometown in the spring of 1970, and thus the modern major-league Brewers were born.

But before the Pilots — even before the Braves — there were four other Milwaukee Brewerses (excuse the Tolkien-esque plural). So in honor of the Brew Crew beginning one of their most hotly anticipated seasons, let’s take a look at the original quartet.

The O.G. Brewers’ run was short and marred by drama. They joined the Northwestern League in 1884, but the league ran out of money. Accordingly, the Brewers left for the Union Association (along with the St. Paul Saints) after the Northwestern League disintegrated partway through the year. They joined near the end of the season as a replacement team and posted a respectable 8-5 record in the UA, which itself only lasted one year. Baseball in the 1800s seemed to be a lot like dot-com startups.

There aren’t a ton of records about the Second Brewers, which began life in 1886 as a minor league squad. In 1891, the team compiled a 21-15 record as the replacement for the major league Cincinnati Kelly’s Killers — great name btw — which had gone defunct midway through their American Association season. 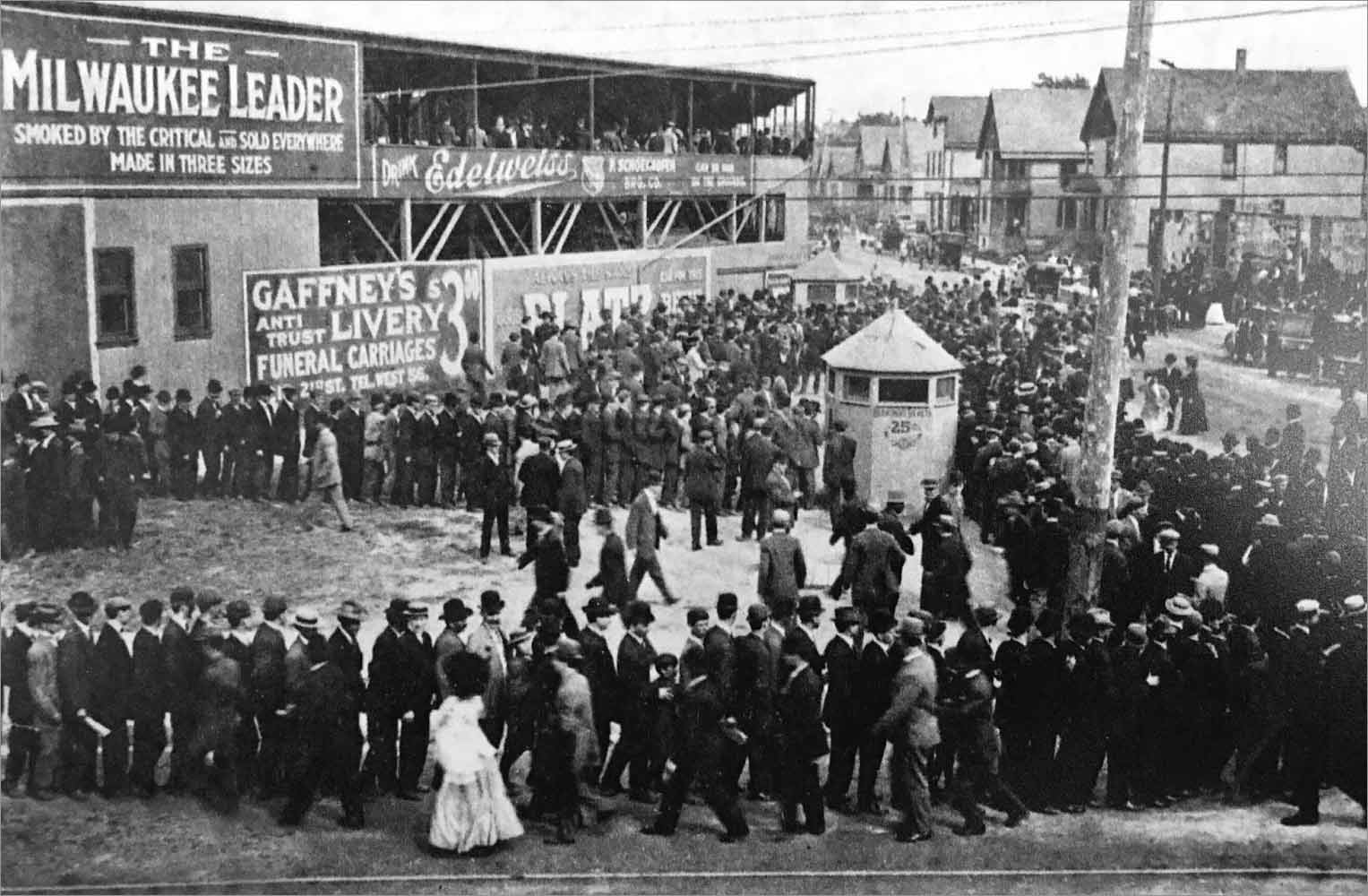 The 1891 team played its home games at Borchert Field, then known as Athletic Park, on Milwaukee’s north side. Bounded by city streets, it was a bizarre, elongated baseball park that seemed more fit for football. Despite the unusual shape, it lasted for decades.

But the American Association folded that offseason. The Second Brewers then joined a reformed Western League in 1892, but it too only lasted just one year. I’m starting to feel like the Brewers’ name is sort of like the video from The Ring, but killing everything it touches in 365 days, not seven. 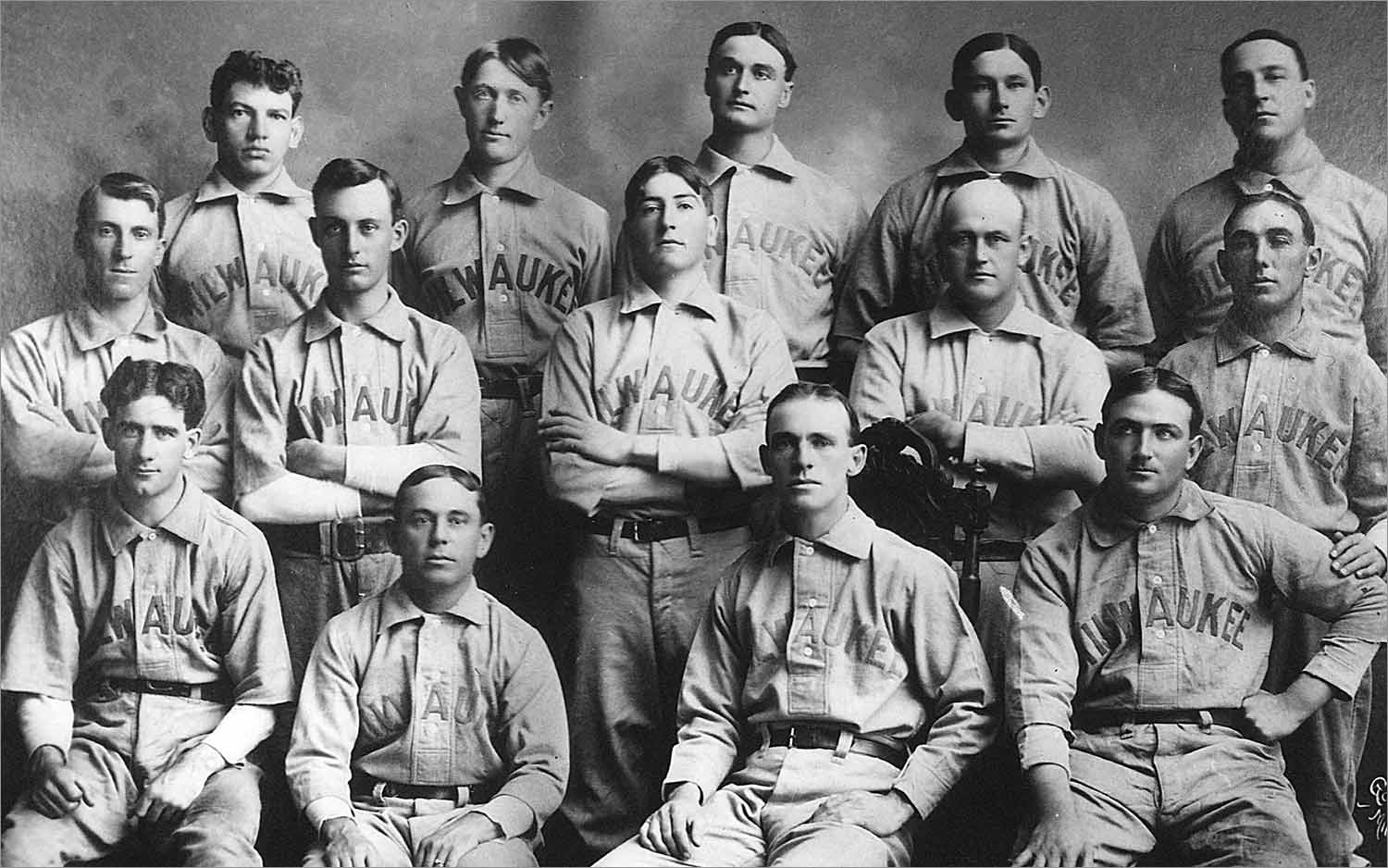 The Western League reformed in 1894, and with it came yet another Brewers franchise. These Third Brewers played a few minor league seasons until 1900, when the Western League decided to go major and renamed itself the American League, intended as an equal to the National League, which had formed in 1876.

One of the few teams to survive the big-league jump without being excised, move or simply just cease to exist, the Third Brewers were invited to play in the American League. Back in the majors, baby!

Unfortunately, the Third Brewers were awful. In their inaugural game, against the Detroit Tigers, the Brewers gave up 10 runs in the 9th inning to lose 14-13. They were now the Shitty Brewers. The team finished last in the AL and, after one season, moved to St. Louis (as the Browns) for a few decades before settling in Baltimore. Today they are the Orioles. 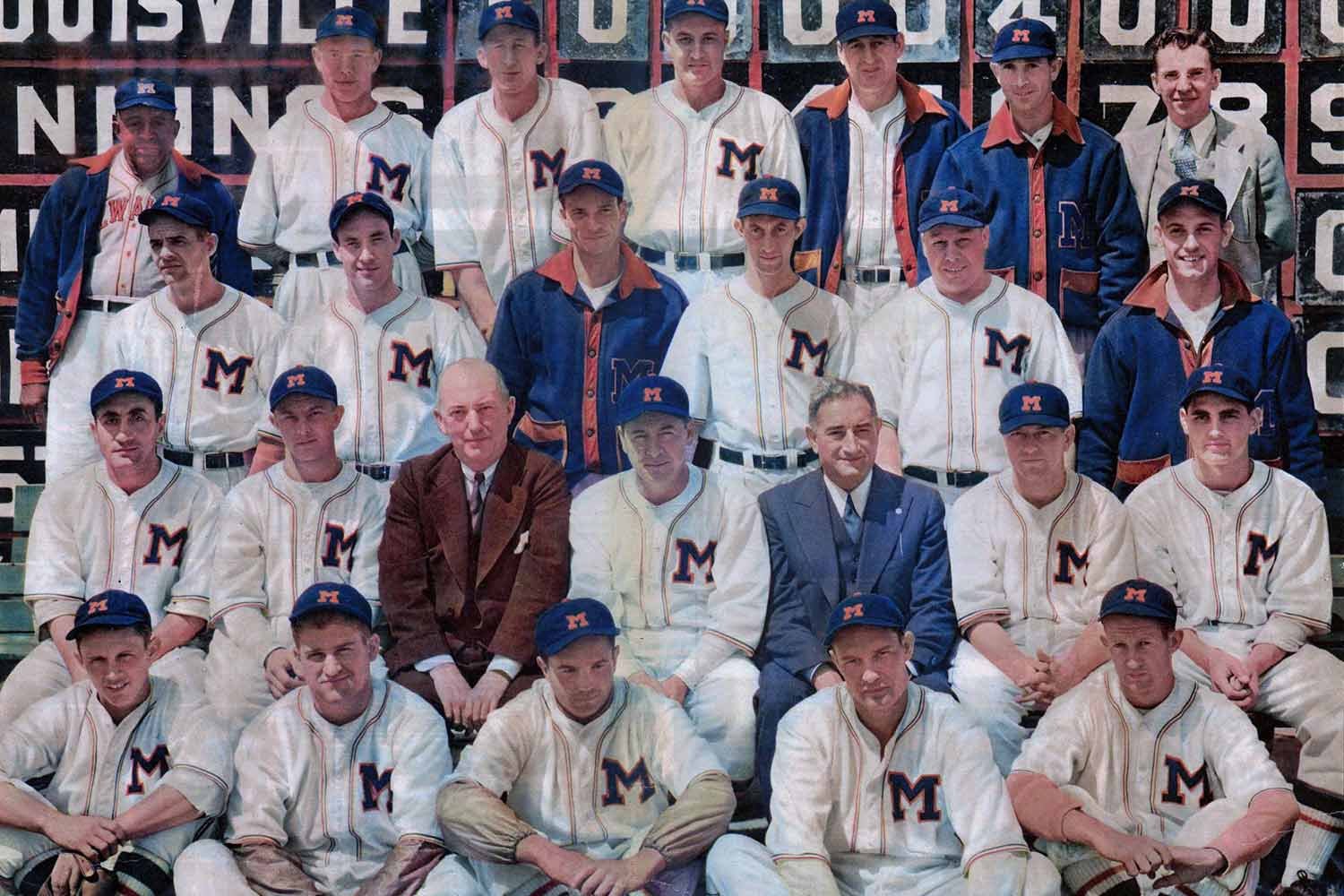 There is a silver lining to this story. In 1902, a new American Association launched, promising to be a strengthened minor league for small market cities. Among those were the New Brewers, who came together shortly after the Shitty Brewers moved to StL.

The New Brewers were the first to use the “Barrel Man” mascot. Introduced in the 1940s, Owgust — that’s right, my man’s name was “Owgust” — was also the inaugural mascot for the fifth and current iteration of the Brewers (from 1970-77). 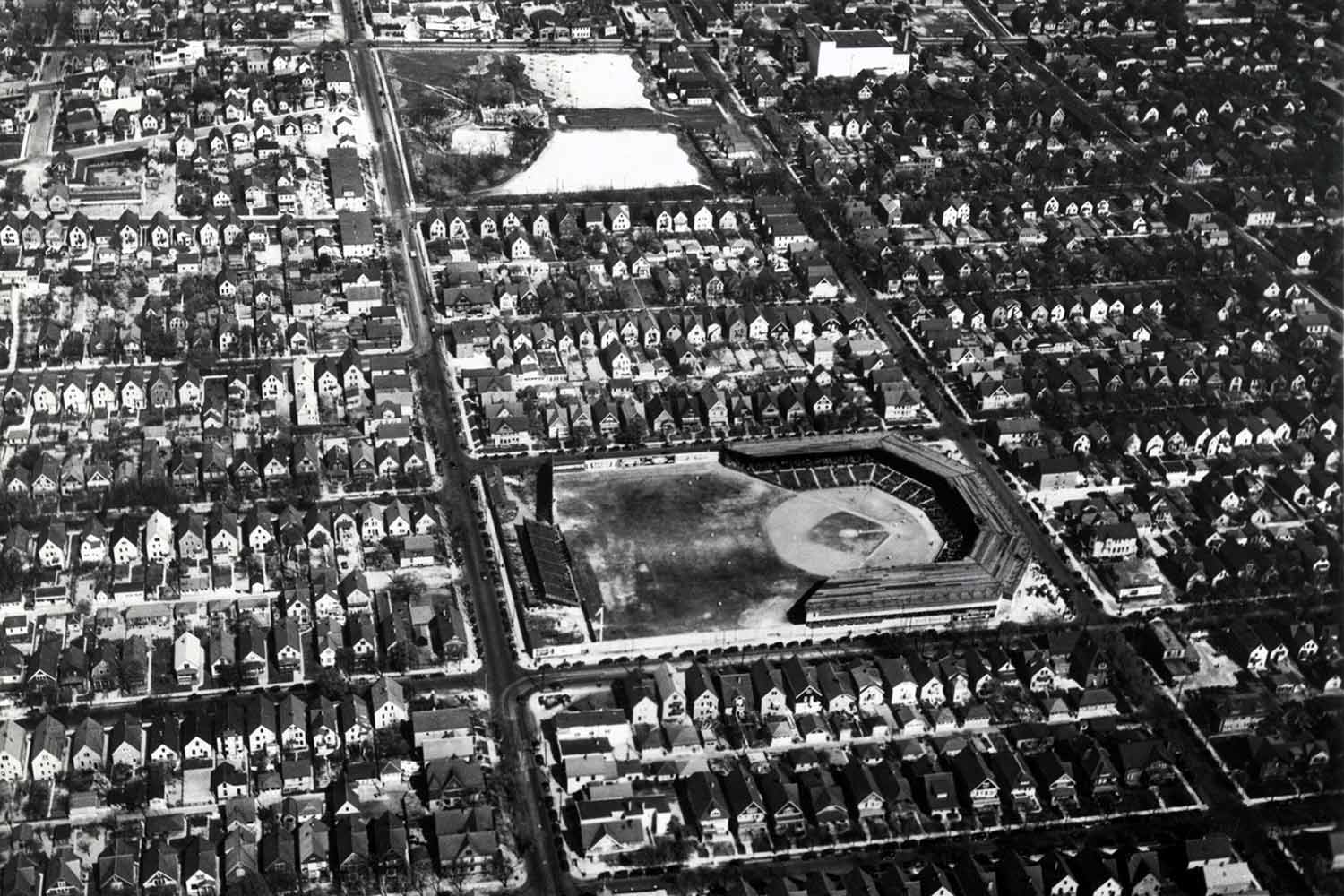 Over their half-century, these Brewers won the AA league title eight times. They made such an impression that in 1952, the National League’s Boston Braves moved to Milwaukee to play in the brand new County Stadium. Now obsolete, the aforementioned Borchert Field was demolished a year later; its site is now part of Interstate 43. 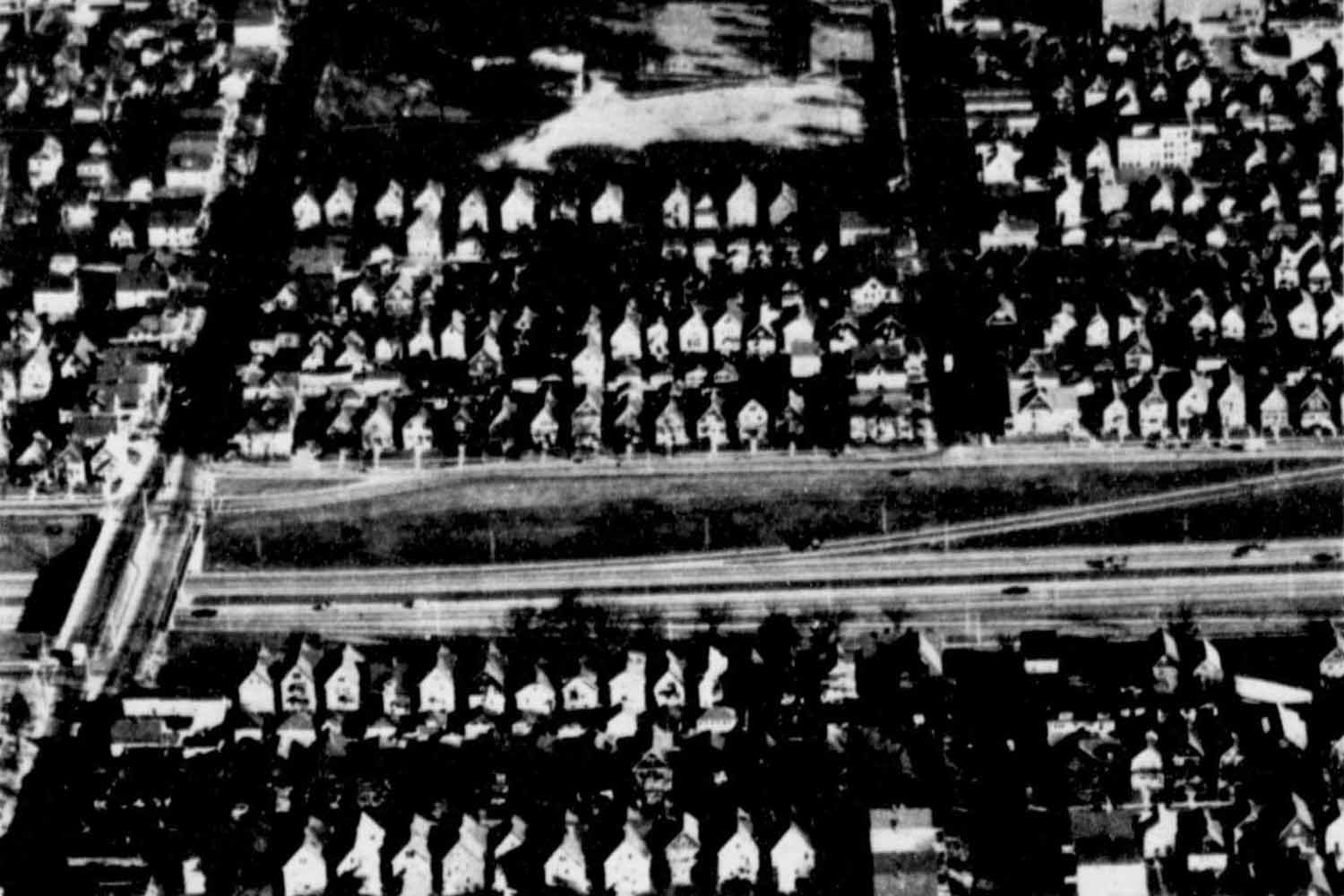