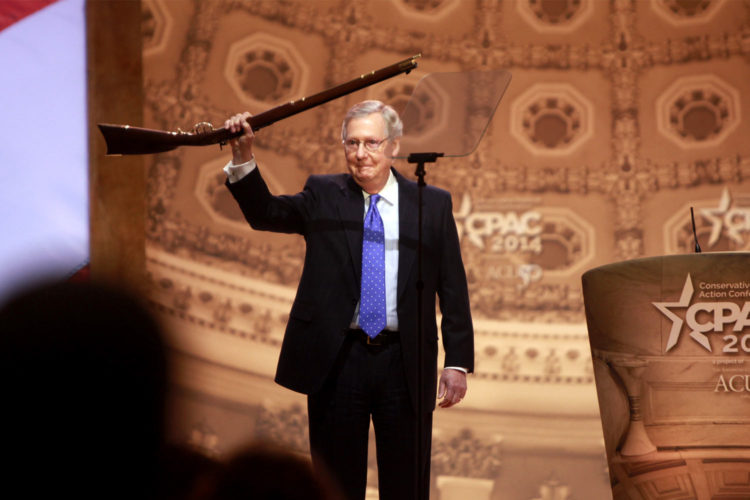 Congress is fucked. It may sound strong, but in all honesty we’re running out of reasons to not hit the panic button on our legislative branch. On the left side of the aisle, an increasingly wayward Democratic Party can’t seem to reconcile a burgeoning grassroots progressive movement with its longtime sugar daddy, the more centrist establishment wing. And on the right side, the term “shit show” doesn’t even begin to describe what’s going on.

It was revealed this week that Pennsylvania Rep. Tim Murphy — one of the loudest, most groan-inducing voices of the pro-life movement — suggested via text messages that his mistress terminate an unexpected pregnancy. If you’re keeping track at home, be sure to mark off “staggering hypocrisy” and “extramarital affair” on your GOP bingo sheet.

This comes as the party is attempting to ram a draconian anti-abortion bill through Congress that would make abortions after 20 weeks illegal. Unsurprisingly, Murphy and the other Bible-thumpers of the House Pro Life Caucus played a large part in passing the bill through the House, which it did on Tuesday. (It is unlikely to get through Mitch McConnell’s Senate, however, where it will need 60 votes to break a filibuster.)

Speaking of the current Republican Party being a craven group of almost comically inept opportunists, the issue of gun control is back in the news, again for horrifying reasons. Word broke early Monday morning of a mass shooting at a country music festival in Las Vegas, an incident that ended up killing 59 people and injuring more than 500.

Americans seem at the very least to support the banning of assault-style weaponry, but Republican congressional reps are unlikely to do anything about it given that most of them are owned by the National Rifle Association. In the wake of the Las Vegas attack, Politico created a search engine that allows you to see the actual dollar amount the NRA paid your representative to oppose gun control during the 2016 election cycle. Paul Ryan, for example, received $171,977 to look the other way while mass shootings occur on a terrifyingly regular basis.

Meanwhile, we’re left with no comfort other than the thoughts and prayers of men and women (but let’s face, mostly white men) who claim to be pro-life but seem more concerned with re-election and $$$ than they are with the lives of their fellow Americans. “Thoughts and prayers” is nothing but a shield for people who have the power to actually make America a safer place but are too careless or greedy to do so.

Also Tom Petty died, a source of pure light and goodness in this dogshit world, so this whole week can go kick rocks. 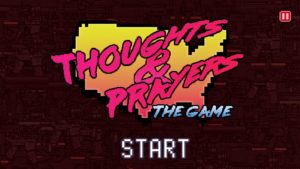 To lift your spirits, we suggest you head over to the GOP Arcade, a website that turns the chronic dysfunction of the ruling majority into tongue-in-cheek ’80s-style arcade games. There you can play “Thoughts & Prayers: The Game,” which places across the U.S. map an unnerving amount of actual shootings while allowing you to wager “thoughts” or “prayers” for points.

After all, laughter is the best medicine — and given that the GOP seems hell-bent on taking our medicine away, we’ll need all the laughter we can get.