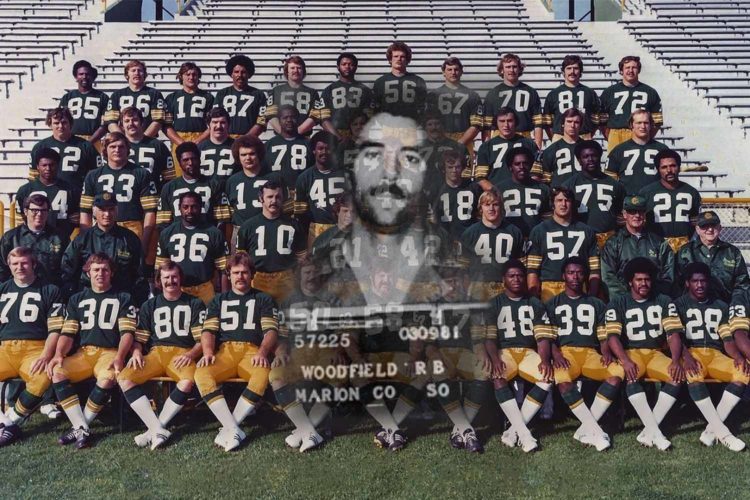 From Tony Mandarich to Jamal Reynolds, the Green Bay Packers have had their share of draft busts over the years. But none has been as infamous a person as Randy Woodfield.

Selected as a wide receiver out of Portland State University in 1974, he was cut by the team during training camp and never played a down in the NFL. But when Woodfield gained notoriety, it wasn’t because of his exploits on the gridiron. That’s because Randall Woodfield is one of the deadliest serial killers in American history.

Dubbed “The I-5 Killer,” his murder career has greatly overshadowed his football career. So how did a handsome dude go from Lambeau Field to life imprisonment?

“He didn’t really fit in”

Born in 1950 in a tiny unincorporated town in Oregon, Randy Woodfield’s childhood was typical. His middle-class family was well respected, but he felt suffocated in a house where his mother and two sisters outnumbered Randy and his father. By junior high, he had developed a nasty habit of exposing himself in public, and was arrested for this in high school. But it was stricken from his record — partly because Woodfield was a minor at the time, but also because his prep football coaches helped to cover it up. Being a popular athlete had stitched up the seams in Woodfield’s “normal human” mask, but it didn’t stop his Portland State teammates from noticing that something was bubbling under the surface. (Especially if they were into reading crime reports; Woodfield was arrested for a handful of petty incidents while playing there.)

“He didn’t really fit in,” says former PSU quarterback Anthony Stoudamire. (Fun fact: he’s an uncle of former NBA star Damon “Mighty Mouse” Stoudamire.) Anthony’s brother Charles, a halfback on the team, described Woodfield as being vain and a little lazy. He was nice enough, but he was odd. And he seemed to be afraid of getting hit, which is a terrible quirk for a receiver. However, no one yet knew how out there Woodfield really was. 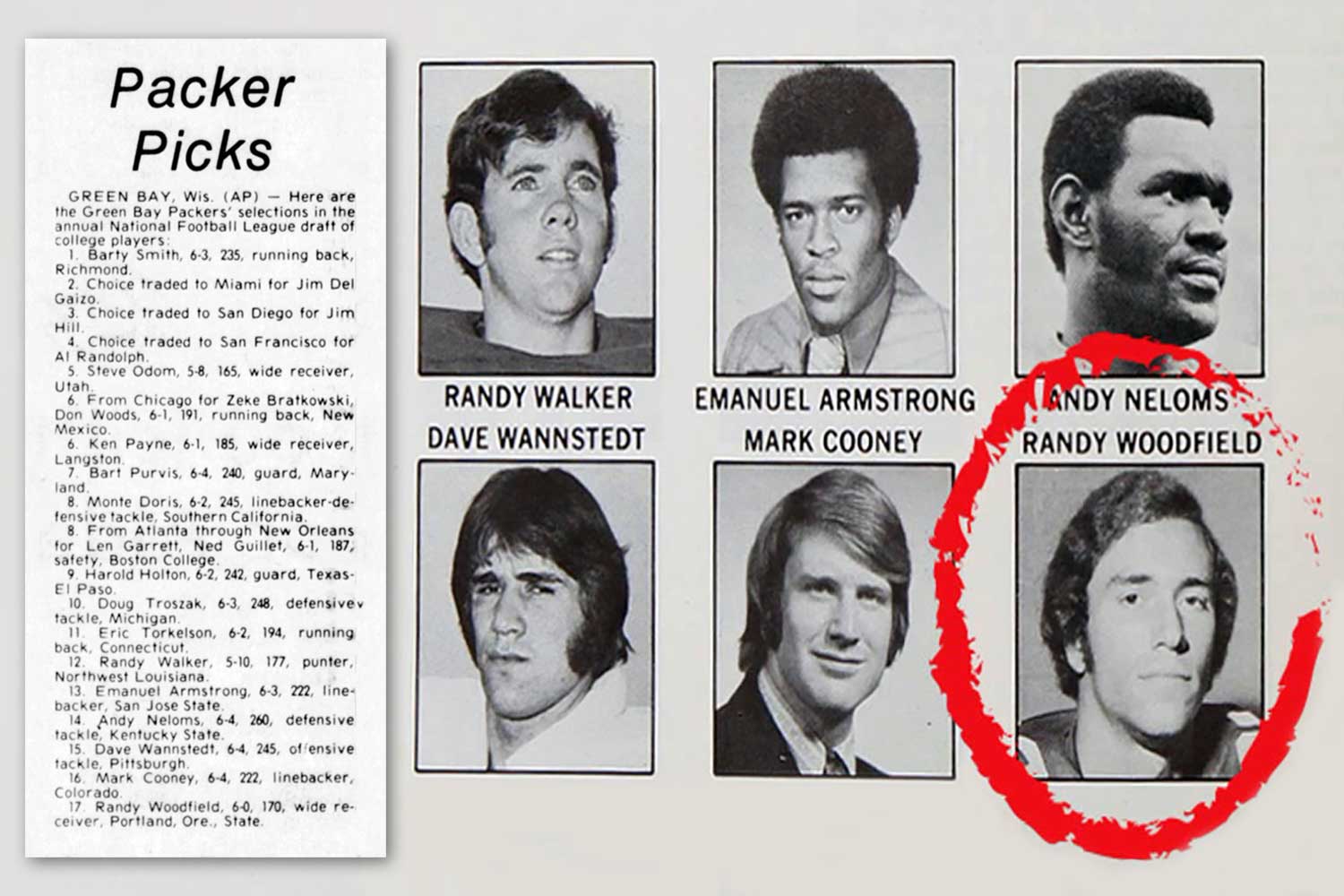 Despite his flaws, Woodfield was deemed a candidate for the big show. He selected by Green Bay in the 17th and final round of the 1974 NFL Draft. His teammates were surprised.

“He was an athletic kid, but his football skills weren’t the best,” said former Portland State linebacker Bill Hansen. “That’s why everybody was so shocked when the Packers took him.” 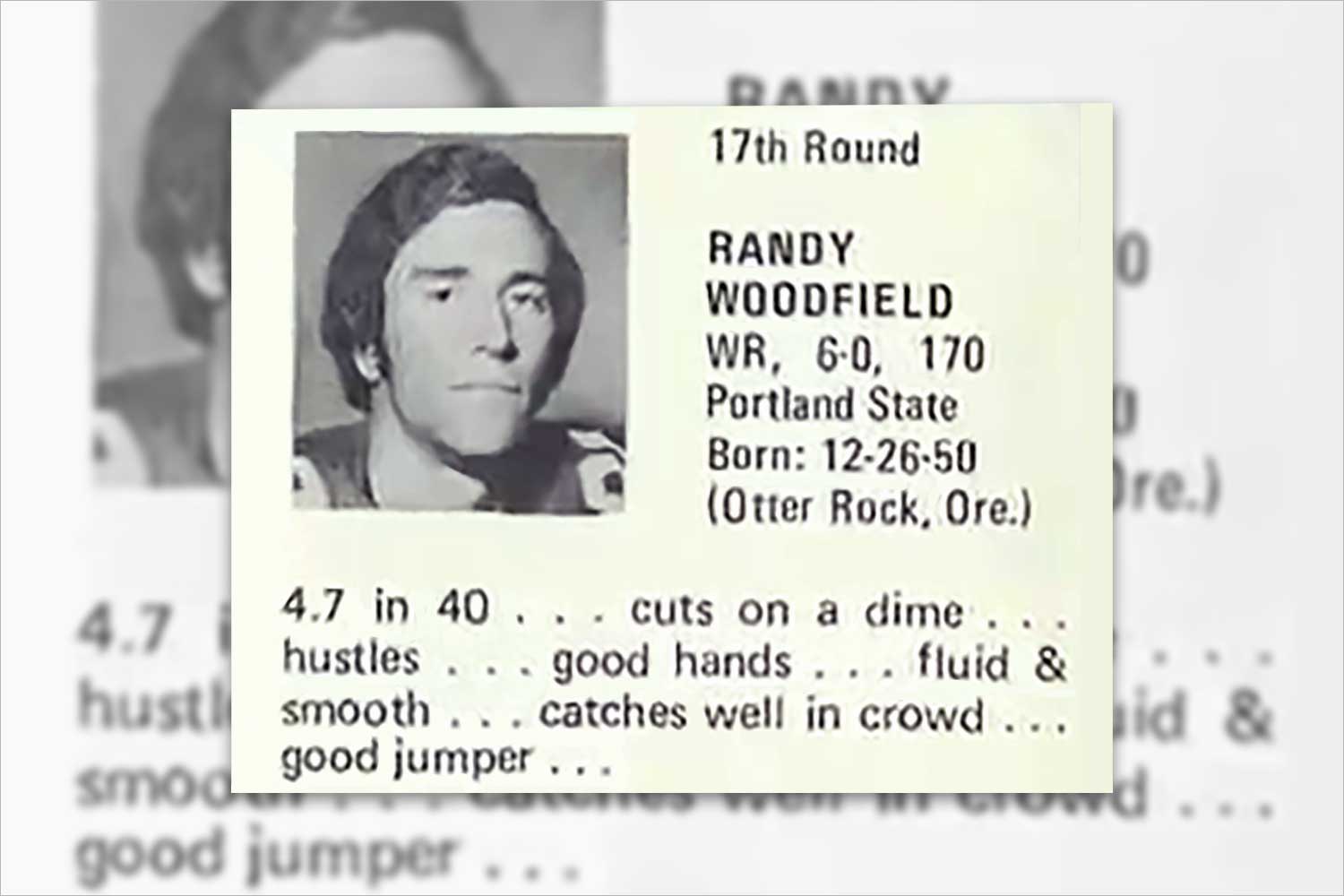 His pro career would be short-lived. Though Woodfield made efforts to ingratiate himself with head coach Dan Devine, Green Bay cut him during the summer. This was due in part to his football shortcomings — plus Woodfield’s not-wrong contention that the Packers were stressing a run-heavy attack that season — but police later maintained that his off-the-field reputation played a role.

Woodfield stuck around Wisconsin, working at a truck company and playing that season for the semi-pro Manitowoc Chiefs. Though he was never charged, he was tied to 10 indecent exposure cases in the state. According to investigators, Woodfield “couldn’t keep the thing in his pants.” And when he left Wisconsin to return to Oregon later in 1974, his urges went into overdrive. 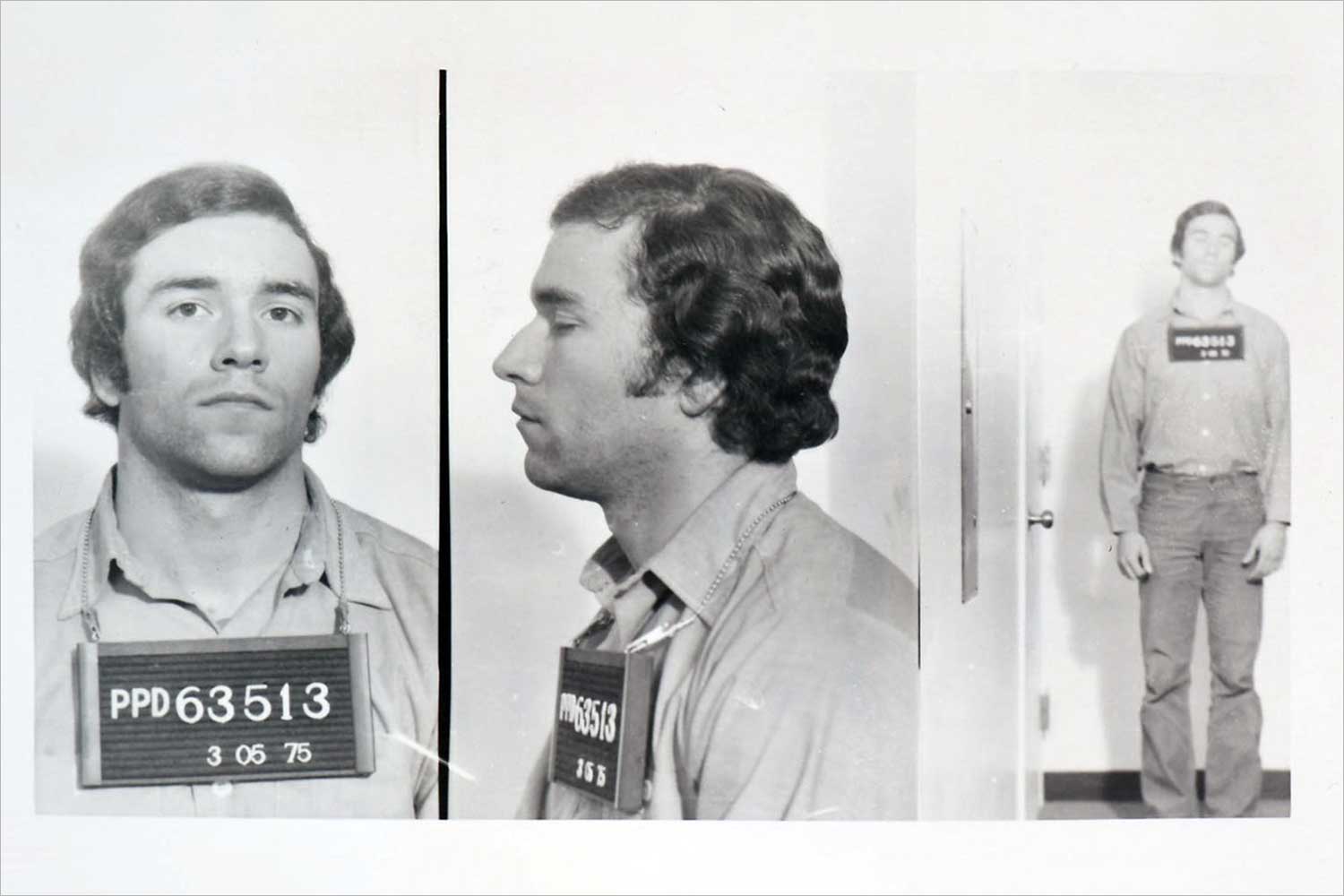 Without his pesky football career getting in the way, Woodfield began a serious escalation in his crimes in his home state. He was soon accused of forcing women to perform sex acts at gunpoint and robbing them; Woodfield was arrested in a 1975 sting operation. Though sentenced to 10 years in prison, he was out on parole in just four.

A little over a year later, Woodfield was very much back on his bullshit. In 1980, he was tied to three murders in Portland — but never charged — and embarked on a string of robberies and sexual assaults along Interstate 5 that earned him the name “The I-5 Bandit.” Somewhere along the way, Woodfield began killing with regularity, and by his final arrest in 1981 he was connected to between 18 and 44 murders. With that, the Bandit became “The I-5 Killer.” 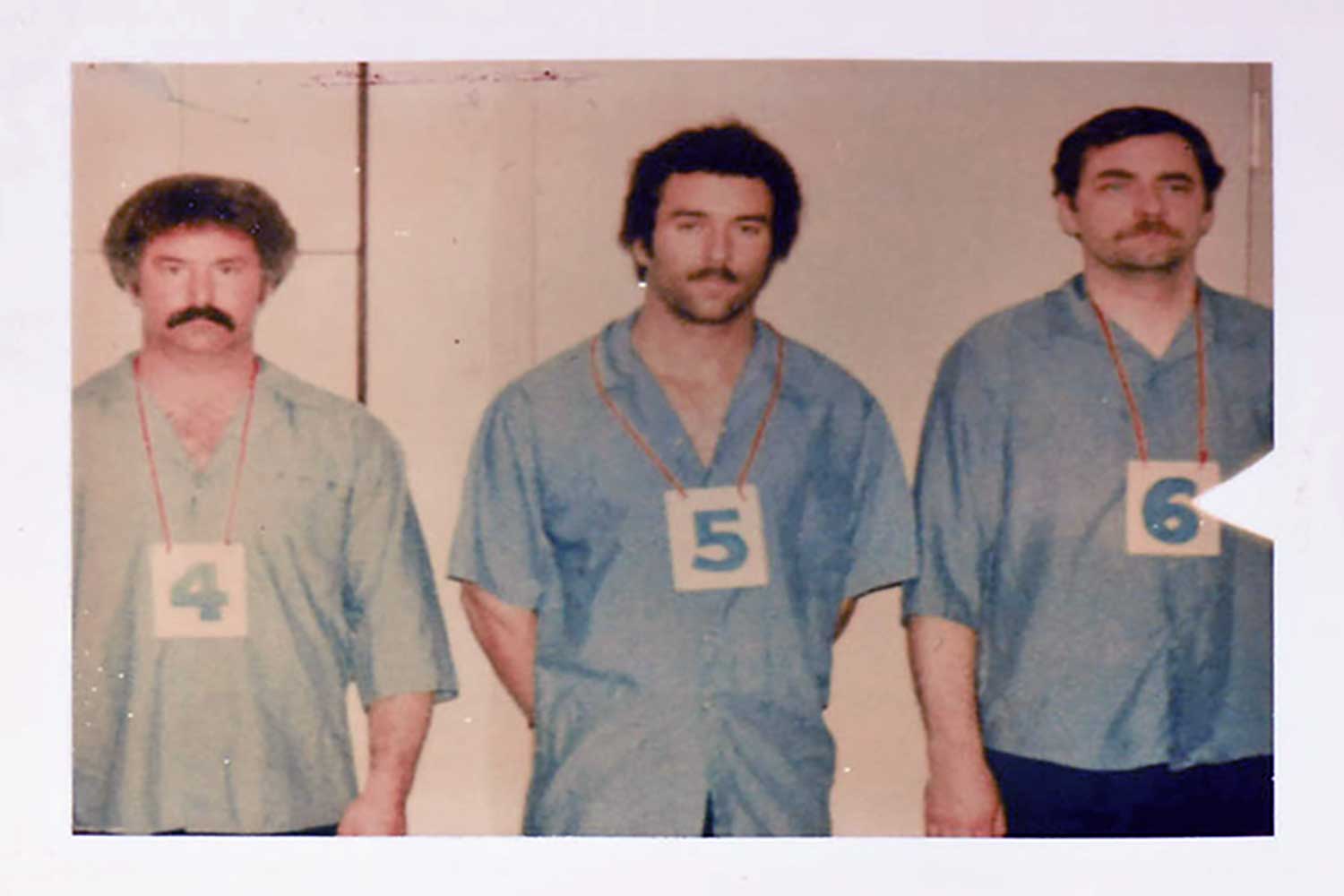 Woodfield was only actually convicted of one murder, for which he’s serving a life sentence at the Oregon State Penitentiary. (And another celebrity-adjacent connection: the district attorney who tried him was Chris Van Dyke, son of Dick, the legendary actor and Bernie Bro.) If you want to read more about Woodfield, there’s a fascinating rabbit hole of information out there to comb through that includes a best-selling book by true crime icon Ann Rule. Or you could just try to find his MySpace page.

So while it’s possibly this awful guy, I’d argue that Randall Woodfield is the worst human being to don the green and gold.