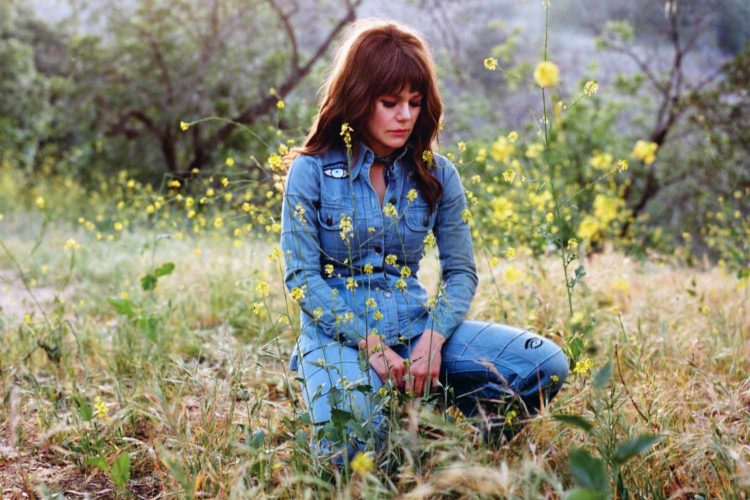 That’s not to say the road from 1998 — when her old band Rilo Kiley formed — to now has been an easy one. Lewis, who headlines The Sylvee on March 27, has dealt with a lot of hardships over that time, most recently coming to grips with both the death of her mother and the dissolution of a 12-year relationship. For someone like Lewis, music is the only way to get through it all.

“I just write every day,” she told The A.V. Club this week. “I live and I write, and hopefully I’ll always be able to write. Because if not, then I’d just have to live, and that’s terrifying.”

The 43-year-old certainly has a lot to write about. There’s her influential work with Rilo Kiley, indie’s own version of Fleetwood Mac. The quartet turned Lewis into a household name among hipsters; her voice, equal parts bubbly and powerful, is as instantly recognizable as any of her contemporaries.

“I get recognized at Whole Foods,” she says somewhat self-effacingly. “A lot.”

In 2014, she released her third solo album, The Voyager, to great acclaim, leading to something of a resurgence for Lewis. It was a deeply personal, deeply funny treatise on positivity in the face of total shit. The lead single, “Just One of the Guys,” had a gender-bending video featuring A-list actresses Anne Hathaway, Brie Larson and Kristen Stewart.

The Voyager is a fun, exuberant listen, if you can get past the fact that it was produced by Ryan Adams. The disgraced singer/songwriter was a frequent Lewis collaborator, though that relationship appears to have ended with the recent allegations against the artist.

I am deeply troubled by Ryan Adams’ alleged behavior. Although he and I had a working professional relationship, I stand in solidarity with the women who have come forward.

Fortunately, Adams’ role is limited on Lewis’ upcoming On the Line, her new album due out Friday. He’s just a footnote in a long list of collaborators, including Beck, Ringo Starr and former Heartbreakers keyboardist Benmont Tench. In fact, Lewis credits a lot of On the Line’s atmosphere to Tench.

“He adds a layer of fog to music. He is so amazing at creating tension — melodic tension. Sometimes dissonance,” she says. “But the fog and the air, I think that is the space.”

Lyrically, the driving force of On the Line is her mother’s death: both the actual event and its profound effect on Jenny. Linda Lewis long struggled with mental health issues and addiction, leading to an often prickly relationship with her daughter. They reunited at Linda’s deathbed in 2017 after an estrangement of 20 years.

“She was very sick,” Lewis told Rolling Stone recently, “but I think she held on so we could have time to reconcile, and it created an opportunity for forgiveness.”

On the Line is indicative of an artist prone to risk-taking, and it promises to broaden her already expansive work. Lead single “Heads Gonna Roll” is a cinematic take on Laurel Canyon pop and features Tench’s distinctive wall of sound, while second single “Red Bull & Hennessey” is so far the most gloriously ’80s song of 2019.

Jenny Lewis has long been a cult figure, beloved by a moderate circle of fans. If The Voyager worked to grow her fanbase, On the Line should cement the genius of Jenny.

Jenny Lewis will play The Sylvee on Wednesday, March 27 with Serengeti.