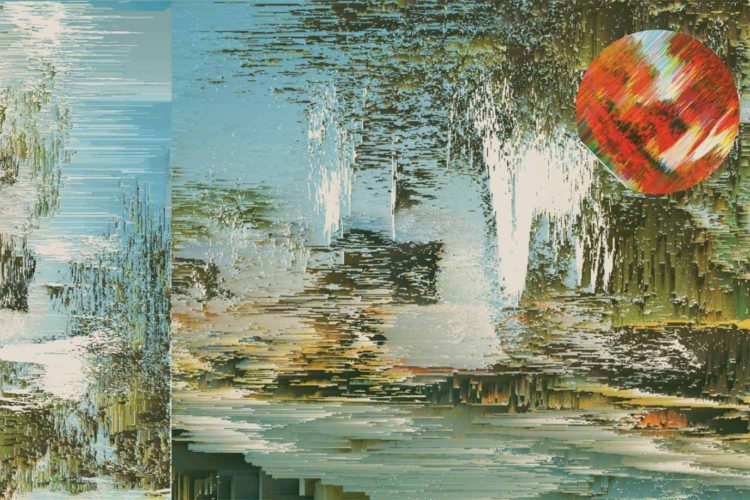 It’s late autumn or early winter or maybe almost spring. The crowd is sparse because the college kids didn’t come out, or because the show starts too late, or maybe because the show starts too early. Outside, someone needs some change, someone needs a cigarette and someone is talking about their band or a friend’s band or a band they heard once. The bar is sticky with spilled Jameson’s from shots knocked back too quickly, whatever New Glarus seasonal is sloshing from the tap, and wilted limes discarded from a Captain and Coke chugged for a rush just before the live music kicks in. The sound man is texting, the bartender flirting, the doorman fidgets.

Was that the night I met Jeremiah Nelson, at the Slipper Club on Main Street in Madison over a decade ago? Or was that another night — standing on Mifflin after a show at the Momo, or sitting on the Mickey’s patio during his Honky Tonk Tuesdays residency?

Plug into the Madison music scene at any point in recent history and you’re bound to have heard Jeremiah. He is prolific: instrumental in every sense of the word, known to morph into a producer or graphic designer or session player when situations warrant. His lyrics are profoundly poetic whether crooned along with a soaring violin riff or warped against crashing waves of sound. Traversing the Jeremiah Nelson discography is like getting lost in the city you lived in once, a long time ago; utterly familiar in one sense, yet fully resonant with a vaguely hopeful feeling that only ever happens by accident — going forward without understanding, finding the way without a map.

“Haunting” is a word that comes up a lot, but Jeremiah Nelson is no ghost. He is the living, breathing evolution of what it means to be a true musician today or 100 years ago. There is a Jeremiah who plots notes onto lines and parses words to fit. He may noodle a melody on the guitar until it forms a feasible track. There could be a dog or girl or day or job that inspires a chorus. Over the years, albums emerge like clear lakes steadily fed by tributaries of Midwestern moments. But there is also Jeremiah sculpting sound and rhythm into something resembling a vessel, then filling that vessel with meaning and leaving it, unexplained, somewhere someone might find it, study it and fill it with their own meaning. Rather than letting tributaries carve their predictable path, he will dot a majestic soundscape with digital relics. He’ll carefully chisel away at rock and folk and pop and all of their worn tropes and half-buried meanings until something resembling “modern music” emerges.

Enter Hope Simulator Pro, the latest scenic overlook above his expansive talent. What is there to see here? Not Patchwork-era Jeremiah Nelson, with earnest angst seamlessly stitched together by catchy riffs. Not the defiant yet forlorn pulse found on Drugs to Make You Sober. The Whittier EP briefly foreshadowed this detour, but Hope Simulator Pro is mostly untraveled territory. Listen to Charades, the new album, and you will meet a version of Jeremiah Nelson at every point of interest. Glitchy electronica coursing through a Sylvan Esso/Aero Flynn vein — stories that spark above the dark songs they inhabit a la Imogen Heap. There is a little bit of Wilco clanging around in the same basement as Bon Iver. What is that sound? It is Jeremiah Nelson, now.

Tonight I will go to The Frequency, which now stands in the same spot as that erstwhile Slipper Club, and it will be one of those nights where anything could happen just as probably as nothing could happen. The show will start on time, or very late. The venue will be totally packed, or pretty empty. The sidewalk banter will spill into the doorman’s spiel and someone will ask for more something in the monitor and then the lights will go down and Jeremiah Nelson will play, with his friends, songs old and soundscapes new. I am experiencing music differently now than I did all those years ago — because now music is a different experience. Google a song and the lyrics come up. There’s no longer a “bathroom on the right” because it always will have been “bad moon on the rise.” Moments are captured haphazardly on phones and shared on virtual timelines. Opinions can be swayed by well-placed keywords. Attendance can be predicted by click-through rates. The album may have leaked online, or I listened to the whole thing on Stereogum or NPR’s “First Listen” or the artist’s own site before it made its way to Strictly Discs, let alone the merch table. Twitter might be full of disgruntled fans tweeting about how that one song somehow didn’t make it onto the set list.

Oh, look, there’s a Facebook event, and nobody else I know is going.

But I’ll go to the show regardless.

Now more than ever, I want the experience — something unexpected in the altogether expected. When you get to the scenic overlook, you can take a selfie or you can take the path down through the canyon.

See you in the canyon.