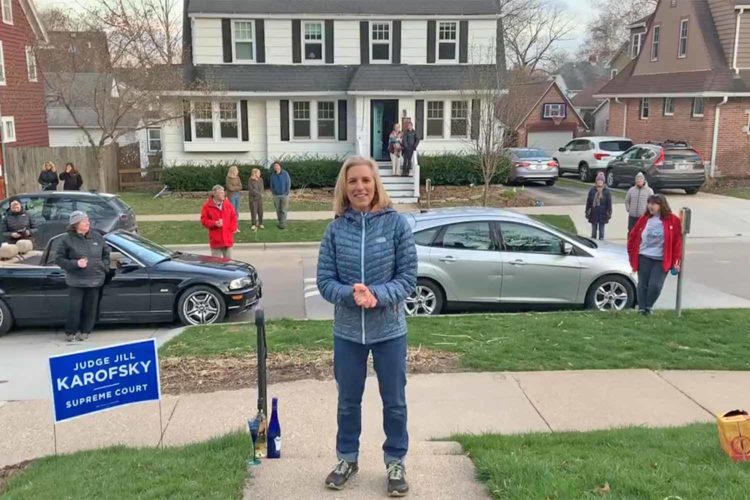 There’s nothing funny about the Wisconsin GOP putting lives at risk in an effort to cling to their power. It is, however, hilarious they managed to score an own goal by doing it.

Liberal Dane County Judge Jill Karofsky has pulled off a major upset, beating her far-right opponent Daniel Kelly by a hefty margin. Obviously, this is a good thing because Justice Kelly sucks. He’s an old homophobe whose absence from the bench will be a plus for the whole state. More encouragingly, it could serve as a harbinger for the general election in November. If Wisconsin — which Esquire’s Charles P. Pierce has only half-jokingly called a Koch subsidiary — can reject conservatism, there’s hope for the rest of the nation as well.

But in the meantime, let us celebrate like Justice-elect Karofsky: keeping a healthy distance from our friends and neighbors, with a case of New Glarus beer on hand.

I want to send a heartfelt thank you to the hundreds of thousands of Wisconsinites who made their voice heard in this unprecedented election.

I’m honored to have earned the trust of people across this state who believe in a tough, fair, and independent judiciary and I promise to never forget these principles as your Wisconsin Supreme Court Justice.

Posted by Jill Karofsky for Justice on Monday, April 13, 2020