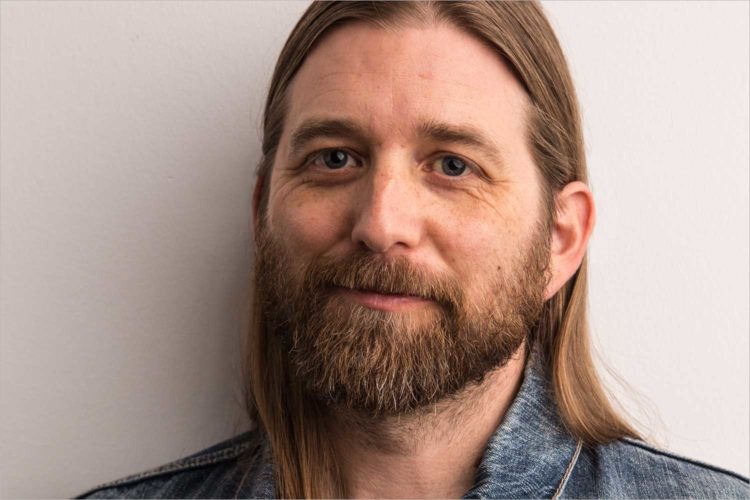 John K. Samson has always been there for me.

I had never met the Canadian singer/songwriter before calling him ahead of his Nov. 25 show at High Noon Saloon, but I’ve spent countless hours with Samson’s art. His legendary indie rock act The Weakerthans is one of my all-time favorite bands and a constant source of reassurance to a punk-loving college student prone to extended bouts of melancholy. “Virtute the Cat Explains Her Departure” can still reduce me into a sobbing heap 12 years later.

The Weakerthans may be “cryogenically frozen,” as Samson puts it, but he’s continued to release music as a solo artist. The two albums under his own name — 2012’s Provincial and 2016’s Winter Wheat — are packed with perceptive character sketches set in his hometown of Winnipeg, Manitoba. In other words, quintessential Samson.

Now in his mid-40s, Samson has slowed down a bit over the years — a far cry from his early days playing in breakneck punk radicals Propagandhi. While he’s always been deliberate in his writing, he’s become a bit more selective about shows. So for Samson and his wife (and tourmate) Christine Fellows, this late November trek through the Midwest is something of a family vacation.

“I haven’t been doing a ton of traveling,” he says. “But I like to make sure I get back to places I enjoy.”

Before the pair’s Madison visit, Samson and I discussed storytelling, working with your partner, and why postcards are like songs. This interview has been edited for brevity and clarity.

You’ve always written songs more like a novelist than a lyricist. What is it about music that still makes it your preferred medium for telling a story?

I feel like that’s just the medium I discovered would work for me. Growing up, I always wanted to be a fiction writer, and discovered that the punk rock and folk approaches to a song was a vehicle that I could use. Especially since I can’t seem to write anything longer than 500 words or so. (laughs) Anything beyond that and I start to wander off. I’ve been lucky to find a form that supports me in that way.

A lot of your subjects are very disparate, from cats to academics to curlers. How do you get in the mindset of what’s sometimes dozens of different characters on the same album?

It’s exciting for me. I have this impulse to try to understand other people’s lives as a political act of empathy, and also to understand about myself. I don’t think anyone really exists alone. We’re all shaped by other people. So exploring those characters has always been interesting to me.

I feel like it’s also a way of exploring where I’m from. So most of the characters in some way relate to Winnipeg or the Treaty 1 territory, which is a little broader. It’s a way of exploring this place through the people that live there, and that’s always been my big theme.

I’ve never been to Winnipeg, but I would often listen to your music when homesick in college. I think good writers have a way of making where they’re from feel like where you’re from. A lot of that comes from the use of hyper-specific local details. How do you decide which of those details work with whatever you’re writing?

That’s a good question. I do feel like that grain of reality is something I’m always looking for. The specific is what gives us access to the universal. The writing I really enjoy provokes me into thinking about where I’m from and who I am. Using our locations as a starting point for what kind of world we want is a good technique for a writer.

I do remember one of my academic advisors once saying that “When I Write My Master’s Thesis” is the most accurate depiction of post-grad life they’d ever heard.

That’s lovely. I’m so glad to hear that. I’ve never been one myself, so I’ve always wondered about that. (laughs)

That’s funny, since you actually taught college writing courses. When you were 20 and playing in Propagandhi, did you ever see yourself becoming a professor?

No, definitely not. And I taught very briefly in that situation. But I like the collaborative aspect of teaching, and leading workshops is something Christine and I have done over the years.

What is it like living with another songwriter? Is there ever a sense of competition between you two?

No, not at all. I don’t feel like that. We’re kind of each other’s primary editors, and there’s a blurring of the lines between our work. We work in the same room; we have a big room upstairs in our house. In theory, it sounds like it shouldn’t work, but it works good for us.

Next year is the 20th anniversary of The Weakerthans’ ‘Left and Leaving.’ How do you look back on it in terms of your growth as a musician and artist?

I feel like that’s where I figured out the direction of who I want to be as a writer. I started really exploring the idea of fiction in songwriting. But I was also enormously depressed at the time, so my memories of it are not happy.

It seems like that’s the case with a lot of great albums — they’re beloved by so many people but they represent such a point of darkness for whoever made them.

For sure, but there’s also a vitality in that. I was working at a cafe sort of bookstore here in Winnipeg, and it was often quite quiet there. So I would sit and get a lot of writing done in this often empty store full of books. It was kind of ideal in that sense. I often find that I write best when I’m supposed to be doing something else. (laughs) So this was like a really extended version of that. I probably should have been vacuuming or cleaning or sorting books, but I was just soaking in the quiet. So I do fondly remember writing some of those songs, but also if I had to do it over, I wouldn’t.

You’ve shown an affinity for postcards. You’ve done interviews on them and taken song requests through them. What spurred that fascination for you?

I think it goes back to being a kid. I always getting them in the mail, and sending and looking for them. They’re unique in that they highlight specific things about specific locations, often in strange and idiosyncratic ways. So I’ve always loved the concept of them.

And I feel like it’s the perfect amount of space to convey some affection or concern to another human being. I like the amount of time it takes for a postcard to get there, and the oddly public part of it. Like the mail delivery person can look at it and read it, and I kind of love that. It’s there for the world to see if they turn it over. It’s like a song in that way. It’s both public and private, directed at one person but others can hear it. A sweet form, I think. A good format for the world these days.