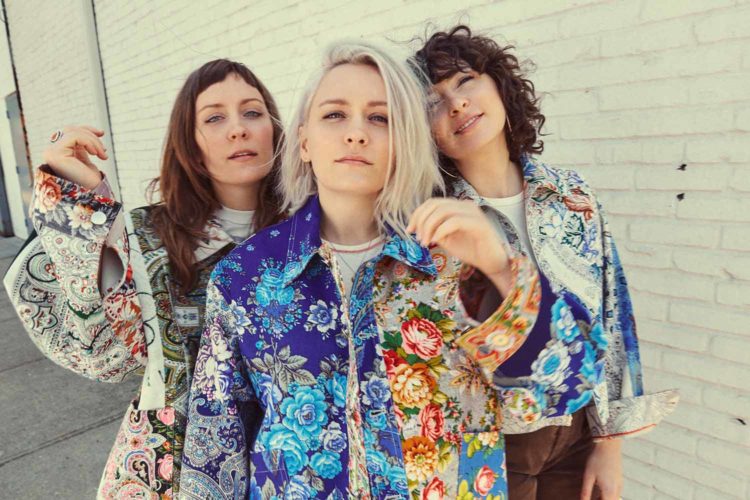 Maybe it’s because I had watched Fleabag’s second season the night before, but a line from it kept coming back to me as I recently spoke to Joseph’s Meegan Closner:

“Here’s to peace… and those who get in the way of it.”

The Hot Priest couldn’t have given a better thesis for Joseph, a Portland, Ore.-based sister trio who will play the Majestic Theatre on Feb. 14. They come out swinging on their third album, Good Luck, Kid, which the indie rock band released in September. Because when you think about it, nobody knows how to fight as well as siblings. Especially ones sharing a tour bus.

“It can cause you to ignore things for longer,” Closner said by phone. “But it can also create some sense of urgency to work things out, too, because you literally have to see each other every day.”

There’s a feeling of “letting it all out” on Good Luck, Kid, and in some ways that’s exactly what the Closner sisters — eldest Natalie and twins Meegan and Allison — are doing. The promotional cycle for their 2016 album, I’m Alone, No You’re Not, was tough on the band. They were put in front of a larger audience than ever before, including their TV debut on The Tonight Show with Jimmy Fallon. Joseph toured relentlessly and nearly imploded from the burnout, clashing with each other like Gallaghers or Robinsons.

“It’s exhausting, and things just can build up like crazy,” says the 28-year-old Meegan. “They built up so much that for us they just exploded.”

That explosion was nearly literal. During the touring cycle, Joseph was involved in a minor car accident. The shock of it helped the Closners to realign their priorities — they may sometimes fight with each other, but their band is something worth fighting for.

This sentiment is present in “Fighter,” the lead single from Good Luck, Kid. The whole album is a sonic departure from the group’s folkier early work. And perhaps more than any other tune, “Fighter” employs the airy, shout-from-a-hilltop aesthetics of UK alt-pop artists like Kate Bush or Big Country. It’s extremely cathartic, readying itself for the battle ahead by focusing on the eventual resolution.

“If you don’t say anything, then there’s peace because there’s no conflict,” Meegan says. “But that’s just the biggest lie. Things don’t just go away.”

That may be true, but things can cool off. With the internal battle behind them, life has settled down a bit for Joseph. They’re touring in a bus rather than a van, giving the sisters a little buffer from each other. And with a more relaxed pace comes time for Meegan Closner and her sisters to start planning for their next release, even if they don’t quite know what it’s going to be yet.

“Last time, we felt like we didn’t even have time to think about another project,” says Meegan. “But with (Good Luck, Kid), we definitely have time and space to consider the next one. And there’s a lot of influence about how we want to do the next one, considering how this one went and how the last one went. You just take it all in.”

That means taking the good with the bad, and there’s plenty of both in the shared history of Joseph. They are family after all, and that overarching sense of closeness is ever-present on Good Luck, Kid. Because in Joseph’s world, even the knock-down, drag-out fights come from a place of love.

To paraphrase The Hot Priest, you can’t really enjoy peace without first earning it. The Closner sisters have indeed earned it, through both strong songcraft and even stronger bloodlines.