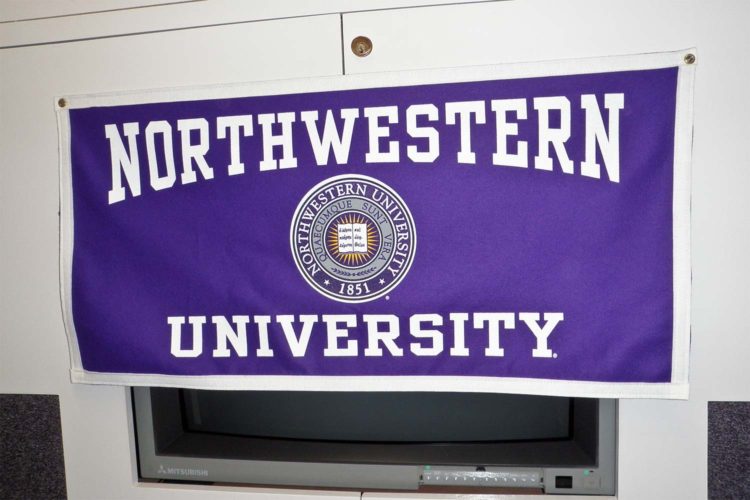 After weeks of slogging through non-conference opponents, the Wisconsin Badgers have finally graduated to the more competitive section of their 2017 schedule. That’s right; it’s Big Ten time, baby.

On Saturday the Badgers take on the Northwestern Wildcats, from just down the road in the Chicago suburb of Evanston. Now, I know Northwestern fans have a reputation for being haughty, but trust me — I went to college in Chicago too, and spent many a night up at Northwestern, and these folks know how to party. (In fact, they’re probably just making up for lost time. Evanston was dry until 1972.)

Before the Badgers and Wildcats kick off, take an opportunity to familiarize yourself with our visitors from the south.

Northwestern is the smallest school in the Big Ten

For the most part, the Big Ten is filled with enormous state schools. At just over 21,000, Northwestern University has the smallest enrollment of any school in the conference, and it’s also the only private school. But this doesn’t mean it’s unimportant; not only is NU one of the most prestigious universities in the country, but it’s also pretty much the sole reason Evanston exists at all.

A brief history of Evanston, Illinois

After John Evans and eight other Chicago businessmen founded Northwestern around 1850, the area around it began to grow, leading to the Town of Evanston — named for Evans — being incorporated in 1863. And I say town because Evanstonians declined to officially become a city until 1892, after the town had absorbed the smaller villages of North and South Evanston, ultimately leading to the formation of the City of Evanston as it’s known today.

The Unabomber’s first targets were Northwesterners

Starting in the late 1970s, a mathematics genius and luddite recluse named Theodore Kaczynski began a terror campaign that lasted up until his 1996 capture by the FBI. Named the “Unabomber” for his penchant for targeting UNiversities and Airlines, Kaczynski’s first packages went to Evanston. In 1978 and 1979, he sent a pair of mail bombs to the Northwestern campus, injuring campus police officer Terry Marker and graduate student John Hauser. Kaczynski, a Chicago native, would target the city twice more before his capture.

Around that time, Northwestern’s football program was making history

In 1981, Northwestern became the first school in the Big Ten (and only the second in the NCAA) to hire an African-American head coach: future Minnesota Vikings boss Dennis Green.

Though Green led the Wildcats to an unspectacular 10-45 record in his five years with the school, the program had been so terrible that a 3-8 season in 1982 actually won him Big Ten Coach of the Year honors. He would go on to a successful NFL coaching career, racking up a 113-94 record as a head coach while also winning a Super Bowl in 1989 as a San Francisco 49ers assistant.

But Green, who died in 2016, will likely always be remembered for one thing: reminding football fans everywhere that the Chicago Bears “are who we thought they were!”