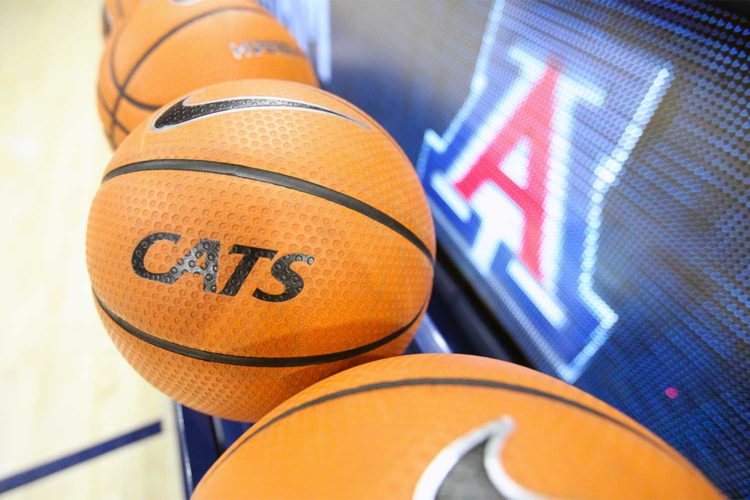 An Illinois man is now facing up to 12 years in prison for impersonating an employee of a Lake Delton restaurant so he could watch University of Arizona men’s basketball on TV while he was in town.

Earlier this month, Sauk County authorities charged Kevin M. Cayton of Arlington Heights with felony identity theft for financial gain and unauthorized use of an entity’s identifying information for altering the cable package at Buffalo Phil’s — a popular family pizza joint in the Dells — last winter so that he could catch a regular-season college hoops game. The charges each carry a maximum six-year sentence, meaning that the 51-year-old Cayton’s love of Pac-12 basketball could land him in jail until he’s 63.

In other words, when you have to pull off a lamer version of Catch Me If You Can but ball is life.

It seems the multi-state investigation was quite the in-depth affair. After the business manager at Buffalo Phil’s noticed a spike in their cable costs, investigators soon found 11 calls between Cayton and the cable provider, Charter Spectrum, in which Cayton pretended to be a Buffalo Phil’s employee named “Pat Barkley” in order to request that the Pac-12 Network be added to the restaurant’s cable package. Some of these calls were made from his place of employment, which is what led to this criminal mastermind’s undoing.

In one call, he can be heard saying, “Hey, it’s Kevin,” creating the first crack in Pat Barkley’s otherwise diabolical and foolproof plan. In another, a woman can be heard in the background purchasing a car while also casually mentioning that she worked at an Illinois health care facility. Well, police called this woman at work and soon found out that she recently bought a car from Howard Buick-GMC in Elmhurst.

Incidentally, the dealership had one guy named Kevin on the payroll, whom social media confirmed to be a big Arizona Wildcats fan and also happened to visit the Dells (and Buffalo Phil’s) in December.

Thus led to the capture of the modern day Clark Rockefeller, who was booked by Sauk County authorities and subsequently released on a $2,000 bond. He’s set to appear in court on Tuesday. Meanwhile, Cayton’s beloved Wildcats will have to deal with some problems of their own.