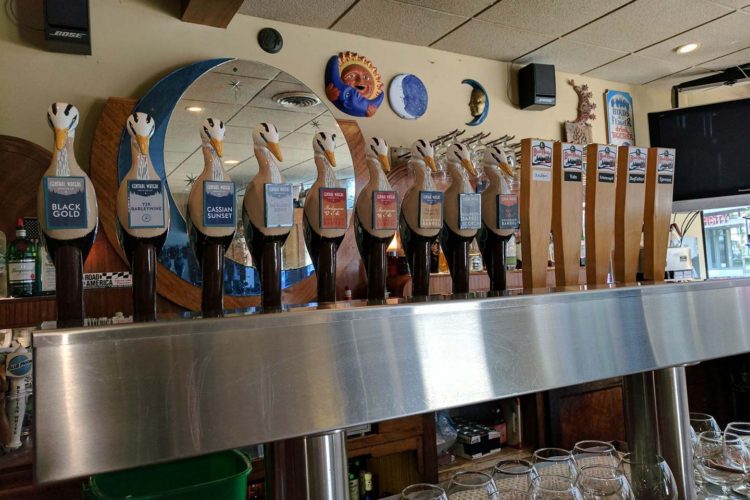 Welcome to “Last Week in Beer,” a recurring column about the latest happenings in the world of beer.

Tipsy Cow was the first to land a punch during Madison Craft Beer Week, hosting a Surly tap takeover with a special firkin of vanilla bean and red oak aged Darkness. Later that afternoon, The Malt House kicked its keg of Central Waters Nineteen in less than 19 minutes and while Bloody Sunrise and El Ganador weren’t on the same level as Nineteen, they were solid consolation offerings to those who missed out.

Dexter’s Pub walked away the victor and reigning champion of MCBW, despite a lost keg of Half Acre’s Benthic. Its lineups, though lacking the surprise element, were consistently excellent. I was also impressed with Dexter’s ability to listen to their patrons and adapt to the demand for small pours (5 ounces or less) by the time Goose Island hit on Thursday with their lineup of Bourbon County stouts.

Blue Moon Bar & Grill deserves the silver medal for its week that included a tapping of Central Waters Black Gold, 10 refreshing sours for post-Crazylegs runners, and no less than 14 barrel aged taps (with a surprise coffee variant of Bourbon County Stout) to complement their mint juleps on Derby Day. One or two more mid-range events during the week and they might be able to overtake Dexter’s next year.

There were two major developments on the national beer stage as The High End, a craft division of Anheuser-Busch InBev, acquired Wicked Weed, and Heineken purchased the remaining ownership stake in Lagunitas. While the InBev deal almost certainly fast tracks the opening of Midwest markets to Wicked Weed’s lineup of funky sours, west coast hops, and barrel aged offerings, it signals a troubling trend of consolidation and a blurring of the boundaries between craft and macro beer.

The deals have sparked reactions, largely negative, from the craft beer community. On one hand, it is hard to place blame on the owners of craft breweries for accepting a large payday for what is often their life’s work. (Though perhaps not applicable to Wicked Weed, which got a head start with funding from Rick Guthy, purveyor of the teenage stress relief product ProActiv.) However, the move is more often seen as a sacrifice of rebelliousness, otherwise known as selling out. Even the Wicked Weed moniker was a treasonous act of rebellion against Henry VIII, who once called hops a “wicked and pernicious weed.”

There’s treasure to be found for the cognizant consumer in the week following MCBW as establishments try to unload their remaining half-empty kegs. Blue Moon was a highlight, offering Central Waters’ Cassian Sunset (my favorite four pack of 2016) and O’So’s Arbre Qui Donne well into Tuesday. Barleypop Tap and Shop, newcomer to Atwood Avenue, also put Tyranena’s Carnal Knowledge in the Woods and Half Acre’s Vanilla Big Hugs back on tap.

A new brewery broke into the Madison market during MCBW hangover week. Solemn Oath out of Naperville, Illinois hit local stores with Snaggle Tooth Bandana (an American IPA), Lü (a Kolsch-style ale) and Old Faithorn (an APA). Wisconsin was a natural expansion as they’ve been building their reputation from an industrial park in the Chicagoland area since 2012. Always on the lookout for fresh hops, I’m excited to get my hands on these.

The stars did not align for Westport’s Parched Eagle to launch their Madison taproom during Craft Beer Week, so they pushed it back to May 12. Look for a complete review of the tap room, the brewery and its lineup of beers sometime next week.

Not all those who wander are lost…

O’So’s Hop Debacle is probably the closest any Wisconsin brewery has come to replicating the “New England style” IPA.

We may or may not have a second batch of this hitting the shelves soon… Get it before its gone! @osobrewing #HopDebacle pic.twitter.com/vPLhaVqEgR

Considering they have a beer honoring the Waldos, the creators of 4:20, this a valid question:

Someone just asked if Lagunitas will start drug testing now that it’s fully owned by Heineken. ?

A little perspective: this event is a labor of love. The people who organize it donate their time & it is not-for-profit . Please enjoy it