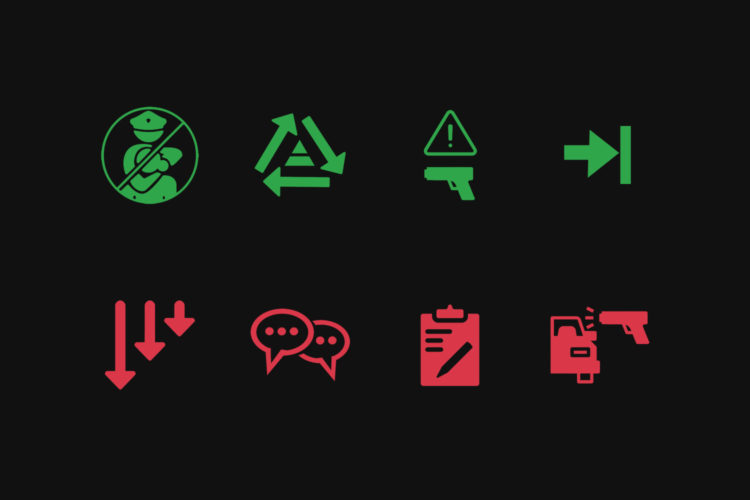 What a year this week has been. Just as coronavirus restrictions started loosening, Americans were forced to process the death of yet another unarmed black man at the hands of police.

On Memorial Day, a Minneapolis police officer knelt on George Floyd’s neck for nearly nine minutes, rendering him unconscious and ultimately killing him. All this while three other officers stood by and did nothing, despite Floyd’s plea that he couldn’t breathe.

It’s a story that’s all too familiar, including here in Madison. Excessive police violence is an ugly stain on this country, and it seems like people have finally reached a breaking point. We’re in the middle of a mass uprising, where people in cities around the country — and the world — have taken to the streets to protest the broken windows tactics often used by American cops. (Many of whom are counterproductively responding, including in our own backyard.)

While my personal views are a bit more radical, I’m not naive. I know getting rid of cops entirely is a very tall order. But something needs to happen. “If the police are going to exist tomorrow,” says activist DeRay Mckesson, “they should have dramatically less power tomorrow.” It’s why Mckesson and his Campaign Zero group has spearheaded 8 Can’t Wait, a series of eight reforms to curb aggressive policing. Their data shows that these policies combined can decrease police violence by 72%.

The project’s website allows you to plug various cities into its database to see how many it has enacted. For example, the Madison Police Department’s use of force policy includes no chokeholds or strangeholds, exhausting other means before shooting, and issuing a warning before shooting.

But there are four points the city has yet to adopt:

“Require officers to de-escalate situations, where possible, by communicating with subjects, maintaining distance, and otherwise eliminating the need to use force.”

“Require officers to intervene and stop excessive force used by other officers and report these incidents immediately to a supervisor.”

“Restrict officers from shooting at moving vehicles, which is regarded as a particularly dangerous and ineffective tactic.”

“Require officers to report each time they use force or threaten to use force against civilians.”

Former President Barack Obama wrote this week that “the elected officials who matter most in reforming police departments and the criminal justice system work at the state and local level.” You may want to contact Satya Rhodes-Conway, Vic Wahl, your alderperson and other officials to let them know that adopting 8 Can’t Wait is a good first step toward reigning in police violence.