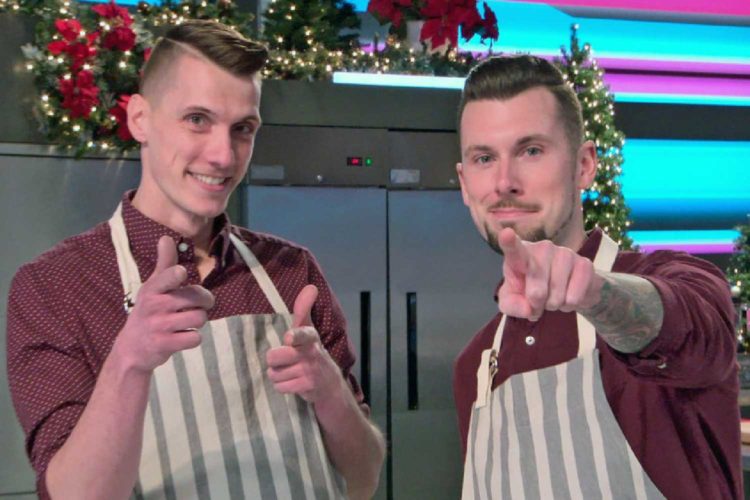 It’s been a long journey to Netflix for local baker Dustin Barman.

For one thing, it isn’t even his primary hustle. Barman is a manager at the Middleton Costco who taught himself to bake while watching the Food Network. He got good enough to start selling confections on the side through his own DBar Bakery. And now, he’s graduating to the big leagues of culinary television with a slot on the streaming giant’s competition Sugar Rush Christmas.

The added pressure was not without hiccups.

“The biggest surprise, and this sounds silly, was how fast time goes when there is a huge clock counting down in front of you,” Barman told Madison Magazine. “I do this stuff everyday, and as soon as that clock started, it felt like I had never looked at a recipe before in my life.”

Since 2017, Barman has flexed his baking muscle under the DBar name, creating elaborate cakes, cupcakes and other treats. The results were good enough that Barman says he was head-hunted by Sugar Rush, who reached out via email before putting Barman and his fiance/baking partner Tyler Ratkowski through the wringer of Skype interviews. At first, Barman thought it was all a scam, something that was too good to be true. But it all paid off when the duo were invited on the show for its second season, which premiered Friday.

Barman and Ratkowski filmed in California in February, just before the pandemic popped a hole in the metaphorical souffle. Barman credits Madison’s nurturing support with growing DBar, and he’s more than excited for people to see how they adapted it to the chaos of competitive television.

“It was surreal to come from Madison into L.A. and see how everything happens, all the cameras, all the people running around making the show what it is,” Barman told NBC15. “It was an amazing experience.”