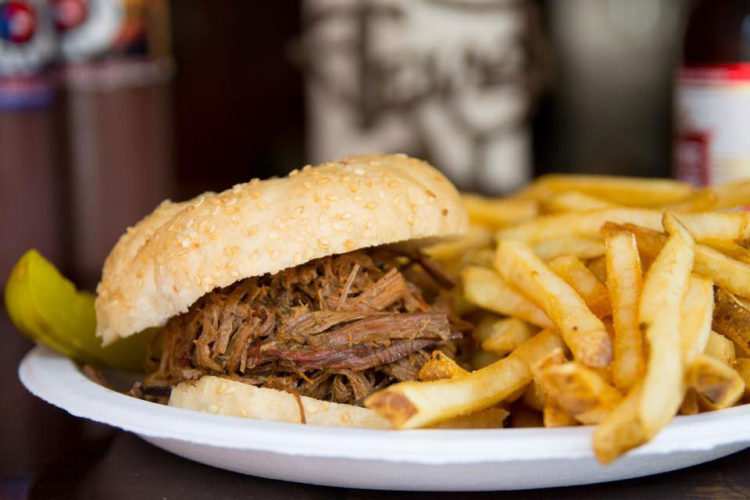 Madison has a barbecue problem. It’s not the fact that there’s too many vegetarians, or that barbecue joints don’t source their meat humanely, or any other ethical issue you might think it relates to. It stems from some Madison residents having a huge case of “not in my backyard” syndrome.

Double S BBQ on Monroe Street has closed as of Oct. 20. They’re a victim in a trend against smoked meats by nearby residents of well-off neighborhoods. The Madison Plan Commission never approved their permit to operate an outdoor smoker at the facility, so they legally never could smoke meats at their restaurant. They’ve been smoking meat offsite and transporting it to their restaurant, resulting in higher operating costs that weren’t in the original business plan.

A small number of nearby residents and the Vilas Neighborhood Association voiced enough concerns during the permitting process that the health department conducted an air quality test while the smoker was operating. They found no significant impact on air quality, but the Madison Plan Commission decided on their own that any long term effects from a smoker in the neighborhood weren’t known. Since when are smokehouses the new coal fired power plants?

If this all sounds familiar, that’s because a similar situation unfolded on Willy Street last year. That BBQ Joint was approved to have a smoker, but complaints from neighbors quickly came flooding in. They didn’t like the smell, the noise from the exhaust fans, and the fact that the smoker ran 24 hours per day, because apparently some people don’t know how barbecue is made.

So residents decided to apply pressure to not renew That BBQ Joint’s liquor license, presumably to make profitability so difficult as to force them to move out. Complaint letters filed by residents are public record and include some real gems that demonstrate just how vindictive Madisonians can be when they don’t like something — or someone, as the case may be with this minority-owned business — in their backyard.

“Obviously, a barbecue joint needs fans; otherwise how could they blow their smoke and smells over us all?” quips one woman, who states she’s a vegetarian. “This alcohol licensing seems our only bid to make it clear that if they have no regard for our needs as families seeking a clean, healthy and pleasant lifestyle in one of Madison’s nicest neighborhoods, well, then we feel no obligation to support the owner’s wishes to make more profit in our neighborhood.” I think what she meant to say was, “What about my property values?!”

Another resident calls the restaurant “a 24-hour-a-day food processing facility,” because again, people don’t actually know what barbecue is. It’s a much more sinister way of saying “barbecue joint” that conjures images of Upton Sinclair’s The Jungle.

Unlike Double S, That BBQ Joint survived after the Marquette Neighborhood Association finally gave up on its crusade. But both situations demonstrate an entitlement some Madisonians have that any perceived inconvenience they experience supersedes the rights of someone else to operate a small business and earn a living. In fighting against a bit of smoke, they’re also rooting for someone’s livelihood, life savings or dream to fail. You purchased your home near Willy or Monroe knowing full well that it’s a business corridor, and you should be concerned about locally owned businesses succeeding, not hoping for their failure. So check your privilege, chill out, and eat some frickin’ barbecue, Madison, before you scare off any more pitmasters.