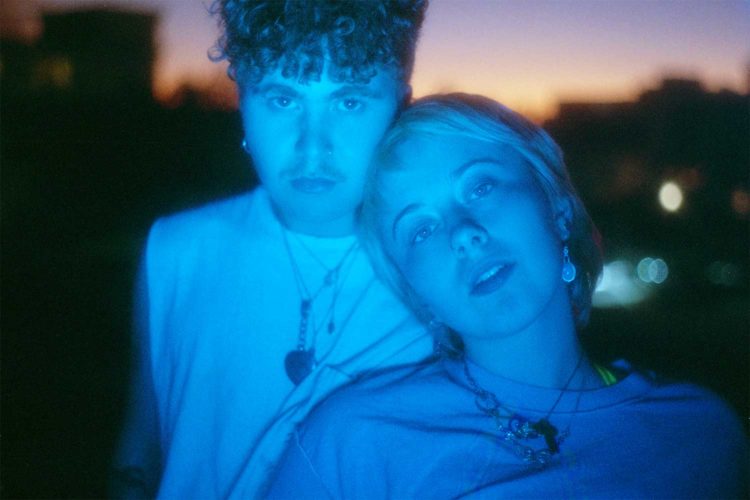 Since graduating from UW in 2010, Lauren Collins Peterson has kept herself busy. The former political science student is putting that degree to good use, co-authoring a New York Times bestseller with former Planned Parenthood president Cecile Richards and working as a speechwriter on Hillary Clinton’s 2016 campaign. The Madison West alum will discuss her life and distinguished career as part of UW’s REDTalk series.

This event is sold out, but still deserves a mention because Angela Davis is a force for good in this world. The academic is a frequent critic of the prison industrial complex, giving lectures all over the world about how it habitually exploits marginalized communities. Dr. Davis herself was incarcerated in the early 1970s. Here, she’ll give a moderated lecture followed by a Q&A.

This Broken Arrow, Okla. native is a throwback. Drawing inspiration from everyone from Buddy Holly to Wu-Tang, JD McPherson makes music that would kill at sock hops and punk clubs alike. He last released Socks, a Christmas album, in 2018; his last non-Christmas album, Undivided Heart and Soul, came out the year prior. Joining him here is Mutts, a jaunty Chicago trio whose singer Mike Maimone once catalogued his favorite “dog songs” for us.

Calling TAUK eclectic doesn’t really quantify how diverse their sound is. The Long Islanders generally get filed under prog rock, but they experiment with hip-hop, jazz and funk in equal part. And it’s all instrumental, too; this is just straight-on melodic noodling. It’s mathy, it’s funky, it’s TAUK. Assisting in bringing the noise and/or funk will be Minneapolis’ Frogleg.

Rory Rusch, the reigning Madison’s Funniest Comic, takes the stage with an array of dry, absurdist one-liners. Think Rory Scovel, another uproariously funny Rory for whom Rusch has opened. Also on the bill is Jared Porter, Cynthia Marie, Bennet Brown, Deon Green and host Will Byrd.

Since forming Girlpool as teenagers, Cleo Tucker and Harmony Tividad have gone through several transformations over the past couple years. For one, they now tour as a full band, further expanding Girlpool’s sound. And for another, Tucker recently transitioned, and the change in register makes their voice sound more assured and robust alongside Tividad’s. Check out the band’s growth on these two new tracks released last year. Solid support comes from Hatchie, an Australian ’90s pop throwback whom Pop Gazing devotees already know is a must-see, and Claud, the Brooklyn-based indie pop outlet of Claud Mintz.

Watching Victor Wooten play the bass is like watching Michael Jordan play basketball; it’s not often you get to see someone this transcendentally talented. Since 1988, Wooten has slapped the strings for Bela Fleck & the Flecktones, releasing 14 albums with that band and 11 on his own. There’s no shortage of ways to hear Wooten’s masteful jazz fusion, but seeing him do it live would beat out any old recording.

These St. Louis emo revival heroes stepped further outside of the box last year with Nearer My God, concocting an ambitious, kaleidoscopic effort that’s equal parts Radiohead, At the Drive-In and Frank Ocean. It was my favorite album of last year, and I’m more than happy to die on that hill. And for a fun little six degrees of separation, Nearer My God was produced by former Death Cab guitarist Chris Walla, who also signed Minnesotan duo Now, Now to his Trans- Records imprint. Saved, their dreamy third album, was released last year. Daddy Issues, a grungy punk trio from Nashville, will open.

Failed mayoral candidate Nick Hart is a regular fixture in the city’s comedy scene, winning Madison’s Funniest Comic in 2017. He will be joined here by Frandu, a “pint-sized feral Yoda of a man” whose manic, almost avant garde rantings recall the late, great Brody Stevens.

If you’re into oddball comics, few have a better résumé than Morgan Murphy. She’s appeared on the famed Comedians of Comedy tours and is a frequent fixture of stand-up-turned-director Bobcat Goldthwait’s psychotically dark films. This makes sense, because Murphy caters in an acerbic brand of observational comedy that always manages to find goofiness in the dark.

There aren’t enough adjectives to describe Katherine Paul, aka Black Belt Eagle Scout. But if you had to narrow it down, “intersectional” would be pretty spot-on. Her 2018 debut, Mother of My Children, is full of cinematic indie rock about death and the dissolution of queer romance, not unlike Phoebe Bridgers’ in its ambient moodiness. Also playing is Disq, the Madison powerpop whiz kids who recently stormed South by Southwest to much acclaim. These are two artists on the verge of major success.

Since forming in the mid-’90s, the San Franciscans behind Deerhoof have cornered the market on aggressive weirdness. Over the course of 14 albums, these experimentalists have blurred the lines between pop, noise and chaos, resulting in an unpredictable form of indie rock that never seems to sound the same twice. Opening is Philly art rockers Palm, who like Steely Dan formed at Bard College. (brb, creating a “palm cover my old school by steely dan” Twitter account…)

Anyone who says ska is dead is both A) no fun, and B) wrong. Ska is very much alive in the long-running Milwaukee band Something to Do, the undisputed leaders of Wisconsin’s ska-punk scene. Many years ago, I saw them open for Less Than Jake (!) and Goldfinger (!!) at Summerfest, and it was one of the most fun concerts I’ve seen. I had an S2D sticker on my 1994 Nissan Sentra all through high school. These guys are a good time, and you should check them out. With Madison’s 4 Aspirin Morning and Minneapolis’ Space Monkey Mafia.

The biggest name in wrestling is treating Madisonians to some of its brightest stars. Most notably, you’ll see a title match between the woke-as-hell Daniel Bryan and Kofi Kingston, leader of the trombone-blowing, unicorn-horn-wearing goofs The New Day. Plus, WWE is also deciding its new women’s champion between Becky Lynch and Charlotte Flair (daughter of Ric), along with appearances by The Hardy Boyz, Randy Orton and more.