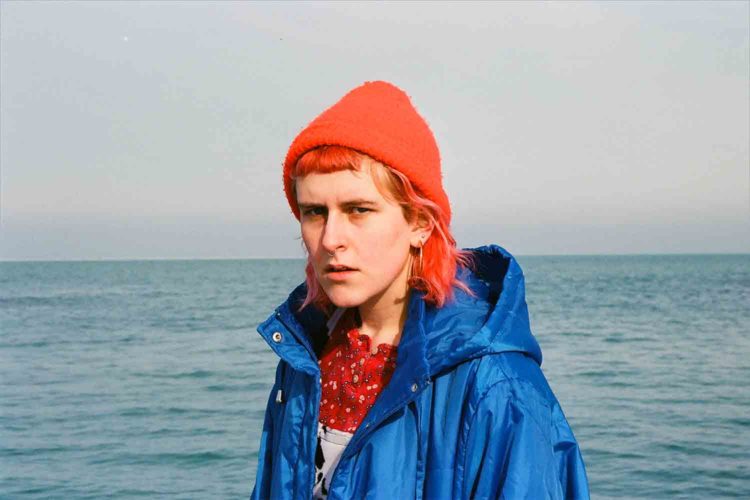 When punk rock exploded post-Dookie, Face to Face was one of the bands there to ride the wave to success. The Californian quartet scored a minor hit in 1995 with the song “Disconnected” and hold a legacy as one of the most lasting and influential bands of the punk boom. They’ll be joined at this acoustic show by gravel-voiced Iowan William Elliott Whitmore, whom I like to classify as “agri-folk.” (Like “agriculture,” because Whitmore’s a farmer. Get it?)

Monday-Wednesday, April 29-May 1, The Marquee at Union South (info)

Here’s a chance to see three Hollywood movies before the rest of the peasants at the multiplex. The Marquee at Union South is offering up a sneak peek of Long Shot, a romantic comedy starring Seth Rogen and Charlize Theron, on Monday. Tuesday will feature Booksmart, a coming of age story that’s also the directorial debut of actress Olivia Wilde. Rounding things out on Wednesday is Good Boys, a raunchy middle school comedy (produced by Rogen) that stars Jacob Tremblay, aka the kids from Room.

A true icon, Neko Case is one of the most prolific and celebrated musicians in contemporary rock. So much so, in fact, that an entire country has adopted her. Through both her work as a solo artist and as a longtime member of Canadian indie collective The New Pornographers, the Virginia-native Case is considered an “honorary Canadian” by our neighbors to the north. Ideally it’s a joint-custody-type deal, because Case is truly an American treasure. She’s crafted some of the finest Americana-pop-rock songs this side of Lake Superior. Shannon Shaw will open this show; she’s the leader of Bay Area garage rockers Shannon and the Clams.

There aren’t a ton of rock bands that you could realistically call “dangerous,” but Atlanta’s Black Lips are one of the few who deserve it. The garage punk hellraisers have a reputation for wild, drunken live shows, adding that long-gone sense of clear and present danger to rock ‘n’ roll. They’re quite prolific, too. Since 2003, Black Lips have released eight full-length albums and nine split EPs. Perhaps LP9, whenever it comes, will feature the band’s longtime friend Kesha. With support from rising NYC trio Wooing and Madison’s own garage punk wild men Fire Heads.

“Delicate Steve” Marion is a master of genre collisions. From prog and surf rock to folk and Afrobeat, this multi-instrumentalist has found a way of combining wildly different forms of music into a sound that’s not just cohesive but downright virtuosic. No wonder Marion has performed with everyone from Mac DeMarco to Built to Spill to Paul Simon. His latest, Till I Burn Up, was released in March.

In West Africa’s Igbo language, “Nwa Na Agbe” translates to “black and mad.” This is fitting, because the Afrobeat group’s sound could easily be described as “mad.” For this year’s Shitty Barn season opener, Nwa Na Agbe will bring a combination of jazz and funk mixed into their Afrobeat, all helping to recall the Milwaukee group’s biggest influence: the legendary Fela Kuti.

Back after a 10-year hiatus, these avant-garde oddballs will likely be the most abrasive show of the week. Old Time Relijun ostensibly plays post-punk, but an extremely experimental strain of it that combines jazz, funk and world music as well. It all ends up sounding somewhere between Tom Waits and The Jon Spencer Blues Explosion -—dark, funky and laden with groove. And fun fact: Mount Eerie mastermind Phil Elverum was once the drummer of Old Time Relijun.

Wednesday, May 1 through Sunday, May 5, Veterans Memorial Coliseum (info)

One of the world’s best forms of sensory overload is coming to Madison, and it’s pulling out all the stops. Crystal — Cirque du Soleil’s touring show — carries on the tradition of jaw-dropping acrobatics but now combines it with high-level ice skating. Yes, you read that right. This is Cirque du Soleil on ice. Magic mushrooms not included.

Like many people growing up in hoosier country, Timothy Showalter initially wanted to be a basketball player. But despite ball being life, his own life had other plans. Now Showalter records music as Strand of Oaks, a folk/rock hybrid that serves as the vehicle for his own hazy, wistful brand of storytelling. With Apex Manor, the latest powerpop vessel from The Broken West’s Ross Flournoy.

Thursday-Saturday, May 2-4, Comedy on State (info)

When I was in college, I took a class on stand-up comedy, and my professor thought Chad Daniels was one of the funniest people in the world. He isn’t wrong. Daniels brings a grounded, familial blend of humor that can appeal to both comedy dorks and casual fans. If you like Ray Romano, you’ll love Chad Daniels. And the last time I checked, everybody loves Ray.

Lillie West, better known as Lala Lala, is really good at making hazy, enveloping music that sounds like a waking dream. But it’s not clear whether that dream is good or bad. Her 2018 album, The Lamb, was written under a cloud of intense fear and paranoia, following both a home invasion and the death of loved one. Either way, Lala Lala makes the darkness tolerable. Also playing: fellow Windy City indie rockers The Slaps, another band with a knack for creating dreamlike song structures.

Let me tell you what you want, what you really really want. You want (you really really want) to check out Glitz, the Spice Girls drag and dance extravaganza. With DJ Nick Nice manning the decks, five local drag queens will perform to the iconic British girl group’s hits and other ’90s classics.

Comedy is a profession synonymous with risk-taking, and what Dane Cook is doing here is a bit of a risk. He is undoubtedly the most maligned stand-up of the past 20 years. Viewed as both a sellout and a joke thief, and embezzled out of $18 million by his own brother, the past decade hasn’t exactly been the kindest to Cook. But he knows that, and has made it the subject of a comeback tour. He’s sharper and bit more refined this time around. There’s a sense of precision in his jokes now. And he’s clearly the winner of his famous feud with L***s C.K.

The Tallest Man on Earth

Spoiler alert: Kristian Matsson, the Swedish musician behind The Tallest Man on Earth, doesn’t actually live up to his name (he’s 5-foot-7). But his measurements don’t matter when it comes to music, because Matsson is incredibly good at it. Since launching The Tallest Man on Earth in 2005, Matsson has released five albums’ worth of acclaimed folk that’s garnered him frequent comparisons to Bob Dylan(!). His latest, I Love You. It’s a Fever Dream, was released on April 19.

This double bill features two of modern funk’s heavy-hitters, one of which is releasing a brand new album. Nooky Jones is a Minneapolis-based soul outfit who’s been compared to Stevie Wonder, D’Angelo, and Prince — all in the same sentence, too. Porky’s Groove Machine, also based out of Minneapolis, are self-described as “environmentally sustainable nerd-funk.” Here they’ll be celebrating the release of their new album, Hello, My Name Is.

Saturday, May 4, The Winnebago (info)

Though based in Milwaukee, Sleepy Gaucho tends to pull from Pan-America when creating his blend of folk. The result is an ethereal sound that seems to drift overhead, hanging in the air like a pleasant score to everyday life. Sleepy Guacho’s debut, Another Time, was released in March. With Chicago avant-folkies Motel Breakfast and Madison’s own Old Pup, the project of multi-instrumentalist Will Hansen.

Dig out your studded belt and revisit that burned copy of From Under the Cork Tree. This party is a celebration of all things mid-aughts emo, from regrettable haircuts to that crush on Paramore’s Hayley Williams that you still have. (Just me?) Providing the music will be Taking Back Emo, a high-energy tribute act that plays all the hits of the era, from much-loved favorites like My Chemical Romance to one-hit wonders like Hawthorne Heights. This show should be your number one with a bullet. (A loaded god complex, cock it and pull it.)

Madison is full of bands you could classify as “rippers,” but few of them rip as consistently hard as Damsel Trash. The duo of Meghan Rose and Emily Mills has been at it for years now, honing down a chaotic form of punk rock they like to call “trash punk.” It’s filthy, fast and furious — just how any good punk should be. They’ll be celebrating the release of their third LP, The EPP Tape. Support will come from a pair of local legends: black metal outfit Tubal Cain and glam punks Venus in Furs.

When you’re at this show, you’re family. Literally so in the case of Shovels & Rope, which is comprised of husband and wife Michael Trent and Cary Ann Hearst. They perform an infectious brand of stomp-folk propelled by Hearst’s energetic drumming, giving their sound over more to rock than folk. Frank Turner, on the other hand, has a way of making audiences feel like family. The avuncular Englishman is an icon of the folk-punk scene, where he and his band The Sleeping Souls have developed a reputation as one of the hardest touring bands in the business. Wisconsin’s country rock wunderkind Trapper Schoepp opens this one.